Here’s industrial production (Fed, Miron-Romer) index during the 1920-21 recession, as reader Steven Kopits thinks this is the template for a conjectured current ongoing recession (or incipient – the conjecture keeps on changing). 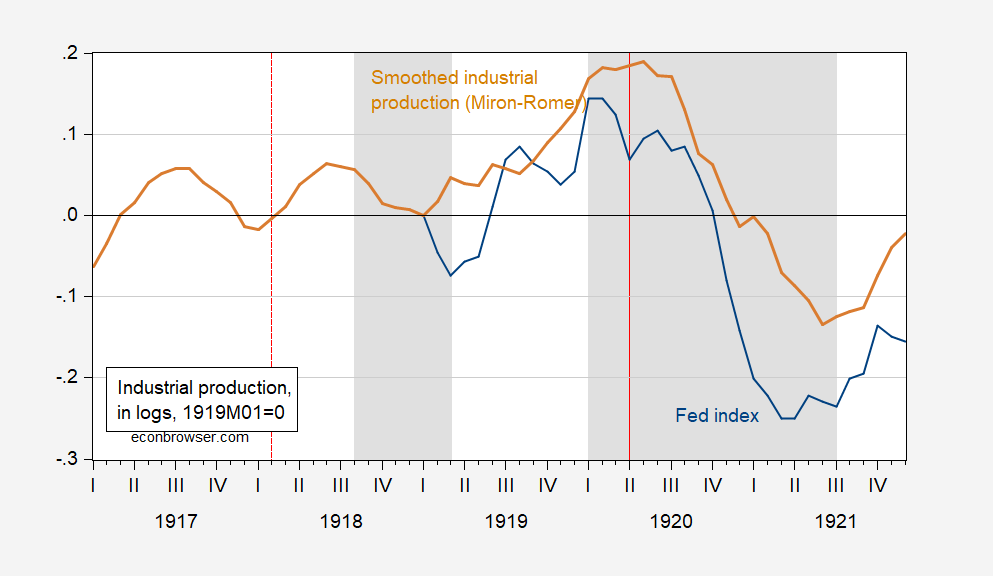 Notice that industrial production declined through the recession of 1920-21. Can we compare to the experience since 2021M11 (peak in official GDP was 2021Q4)? Why, yes we can! Here’s the evolution of the Fed series in both cases. 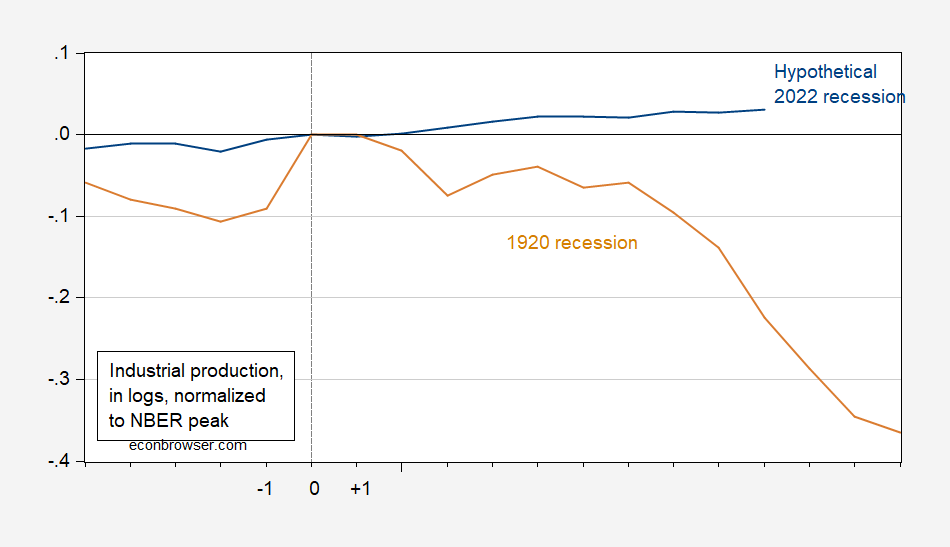 8 thoughts on “Industrial Production in the Recession of 1920-21, Compared to a Hypothetical 2022 Recession”