Here is a snapshot of four key term spreads spreads through November (an examination prompted by a Deutsche Bank missive title “The Looming Recession” which dropped into my inbox today). 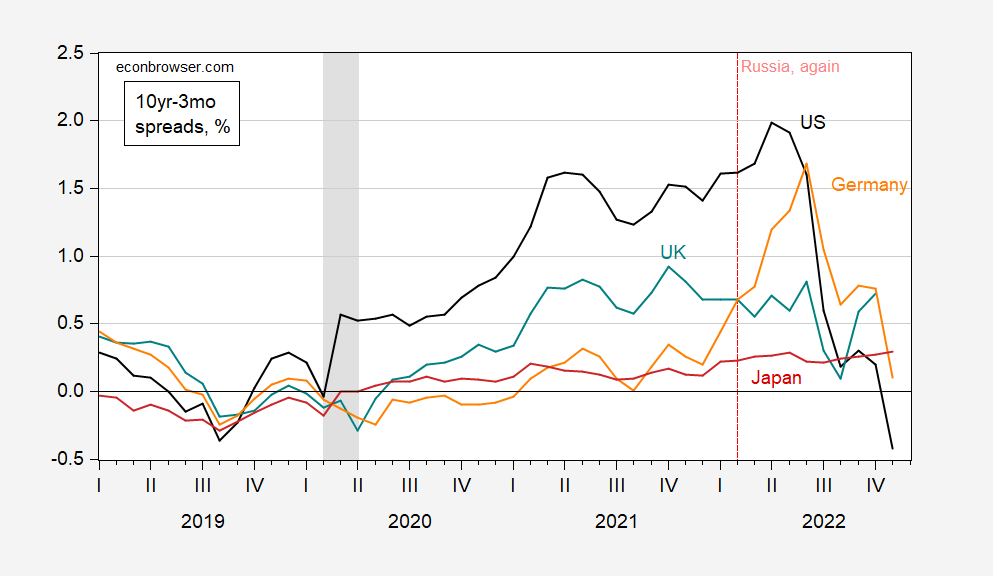 Note that US and German (proxy for euro area) spreads are declining; UK spread rebounded in October, but I don’t have (comparable) November data. Japan’s spreads continue to trend sideways. Side note: These spreads inverted before the 2020 recession, suggesting that even if Covid had not struck, a recession may very well have occurred. In any case, more curves are inverting, although at different parts of the curve.

Here are yield curves for G-7 countries, as well as other large economies, recorded on December 6th, by worldgovernmentbonds.com. 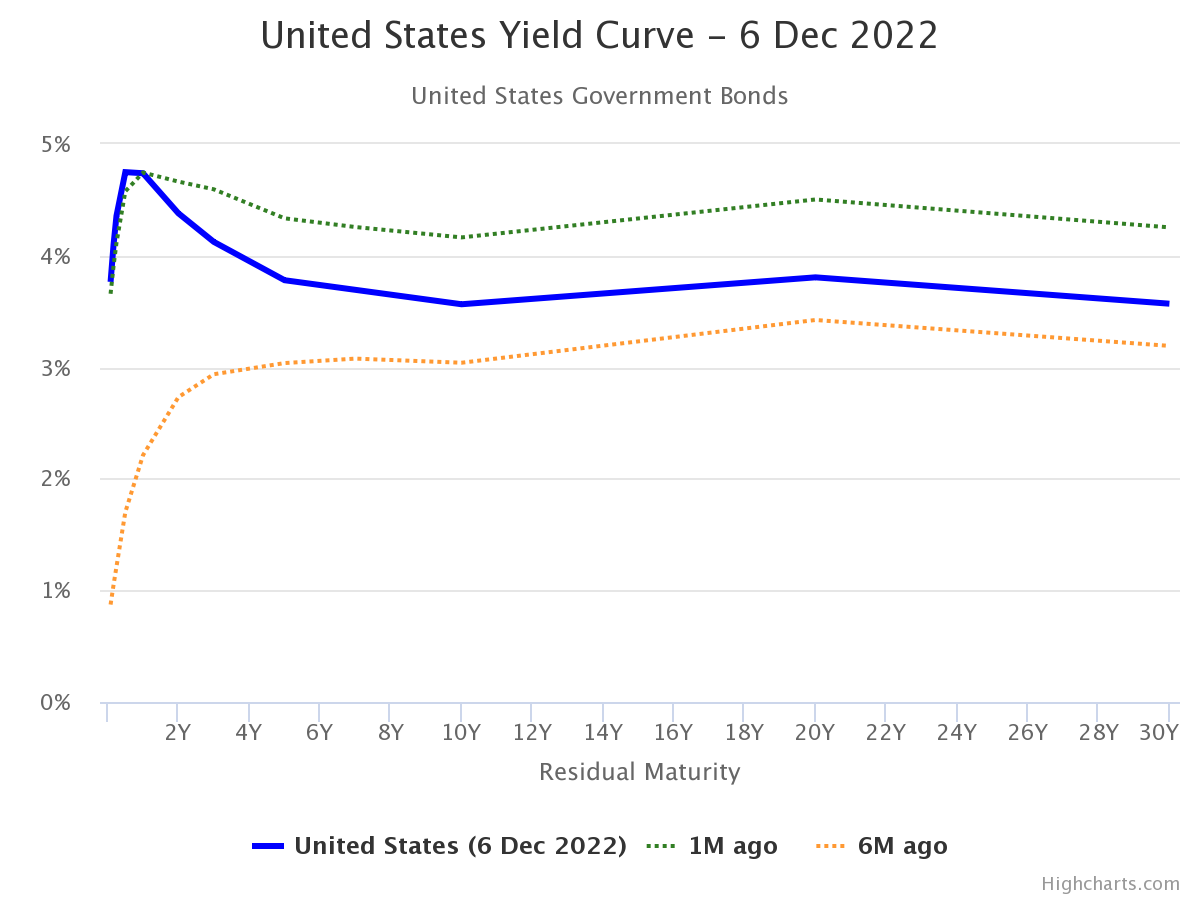 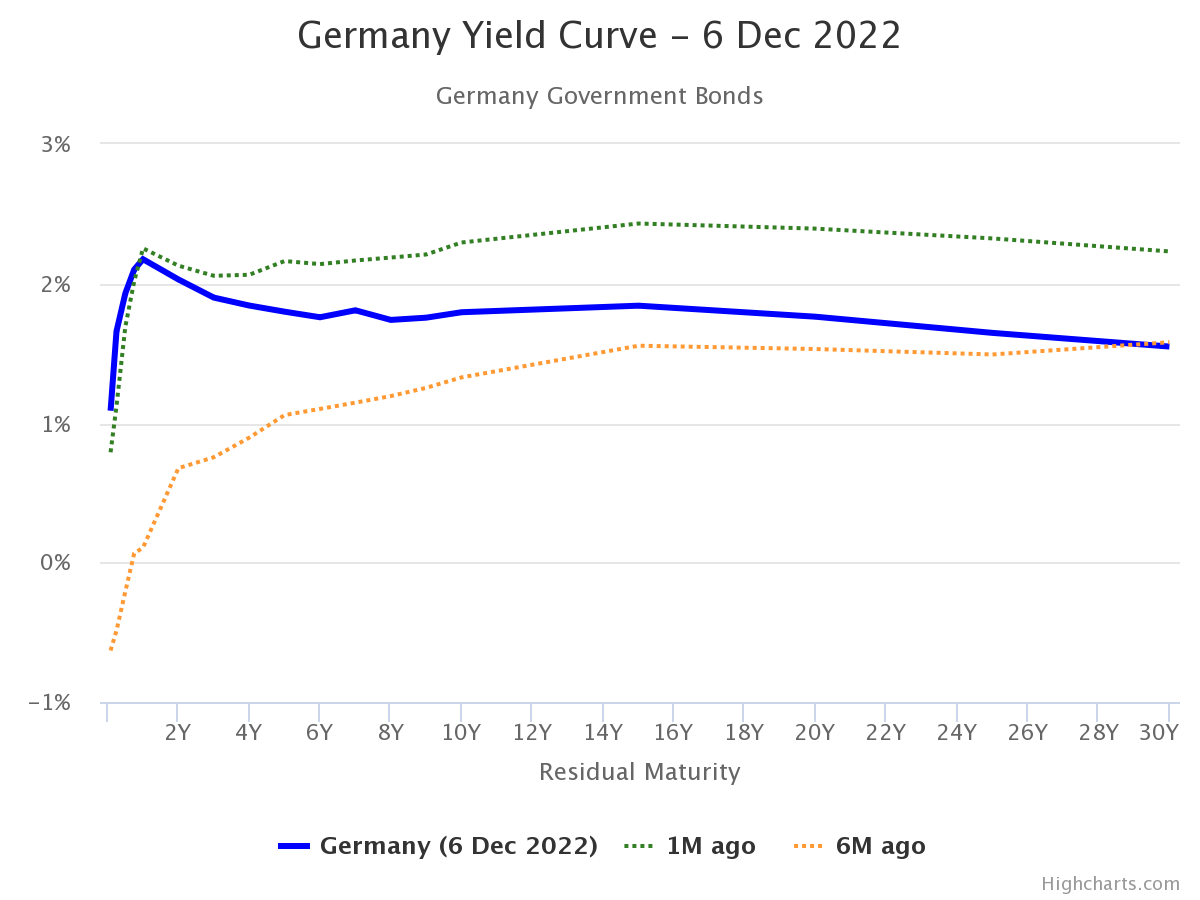 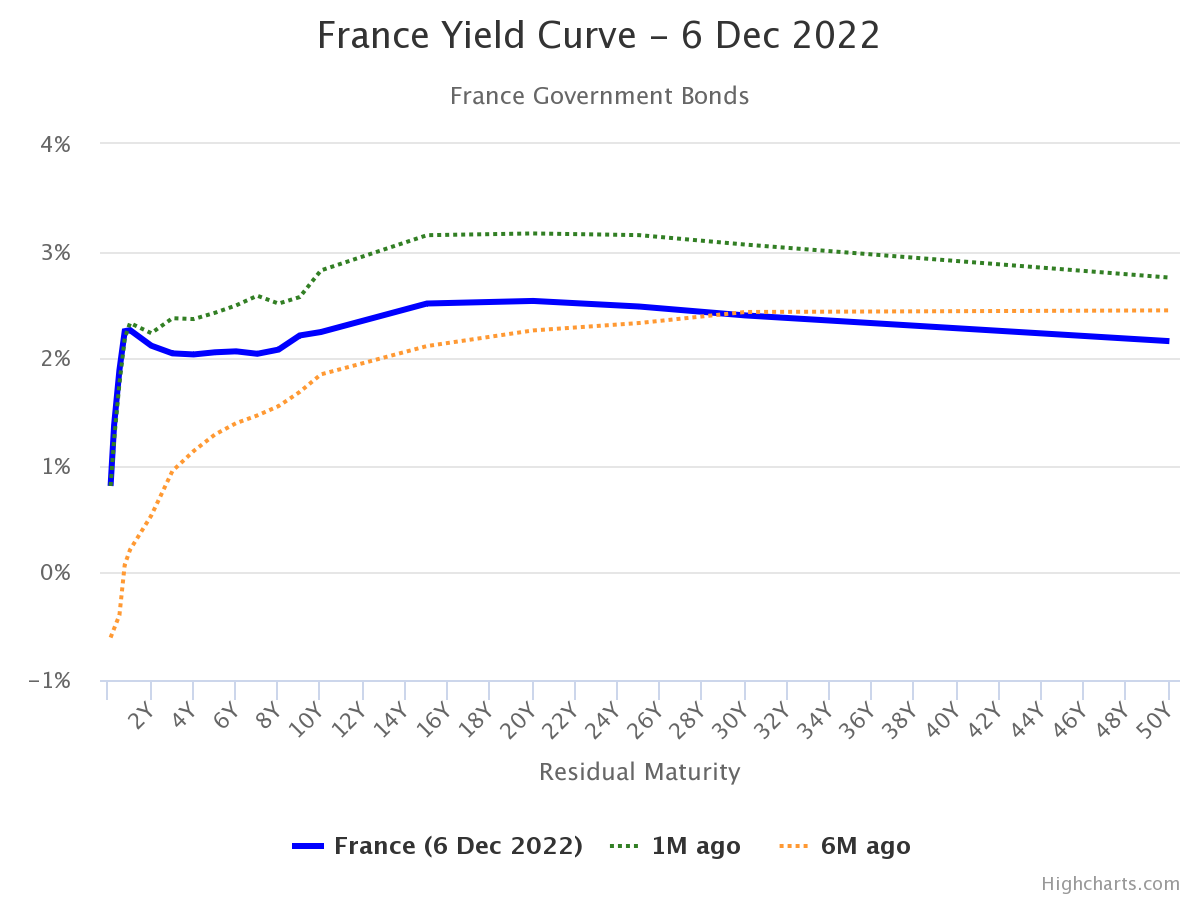 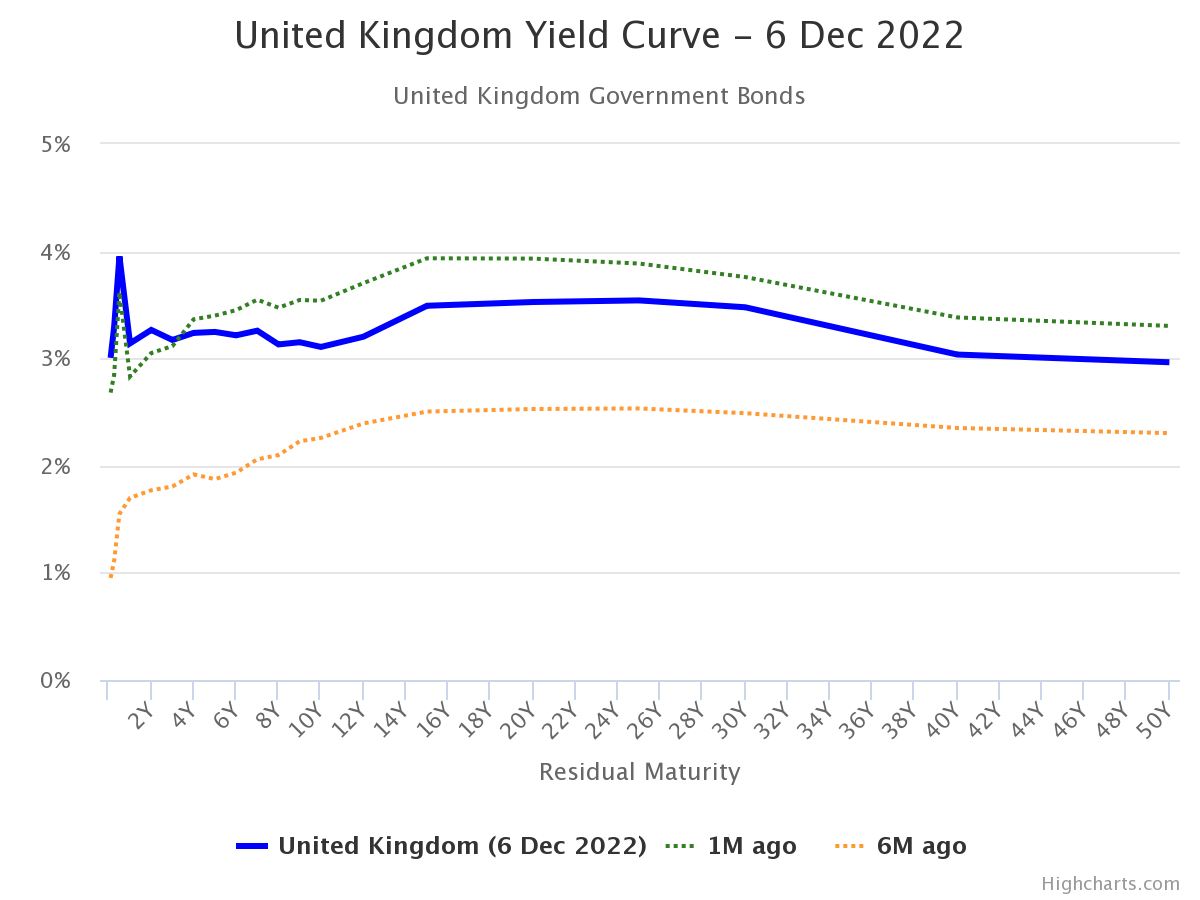 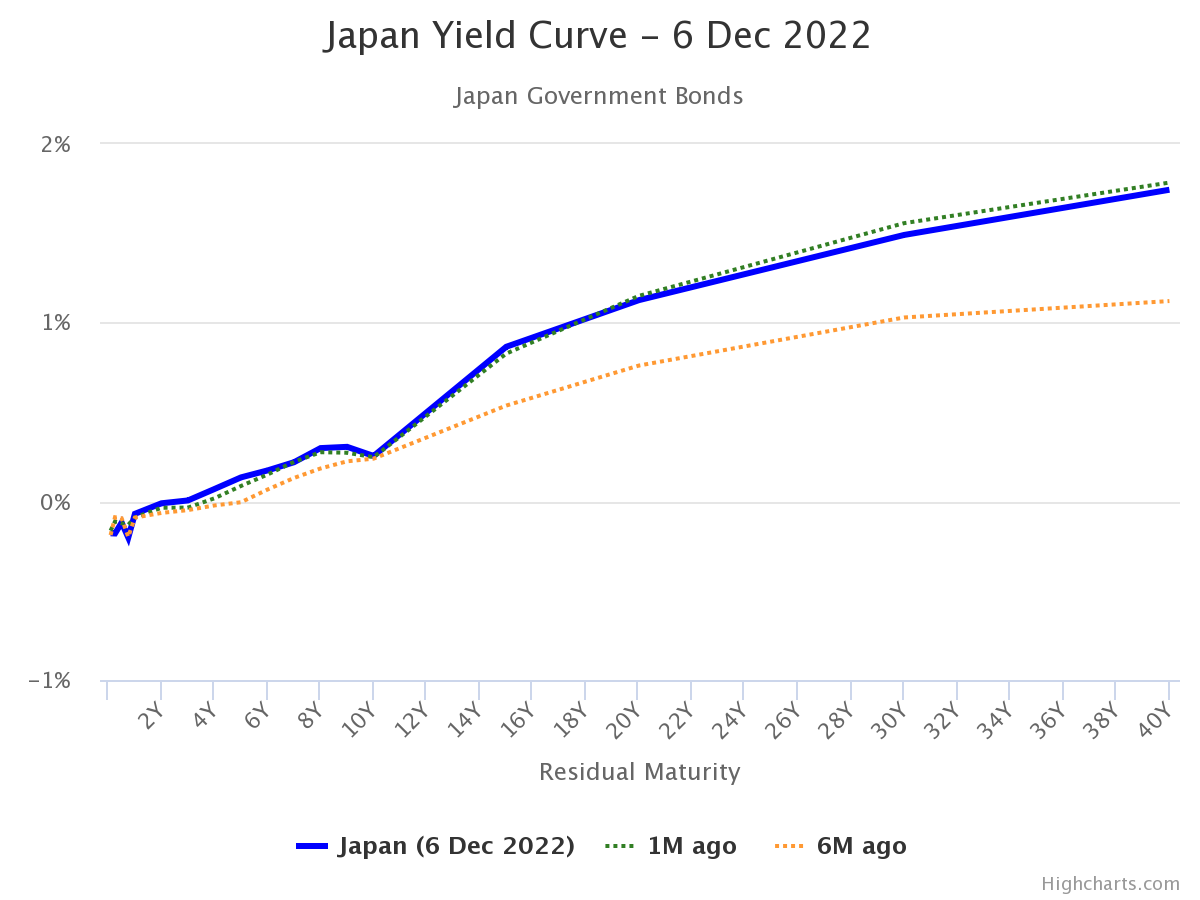 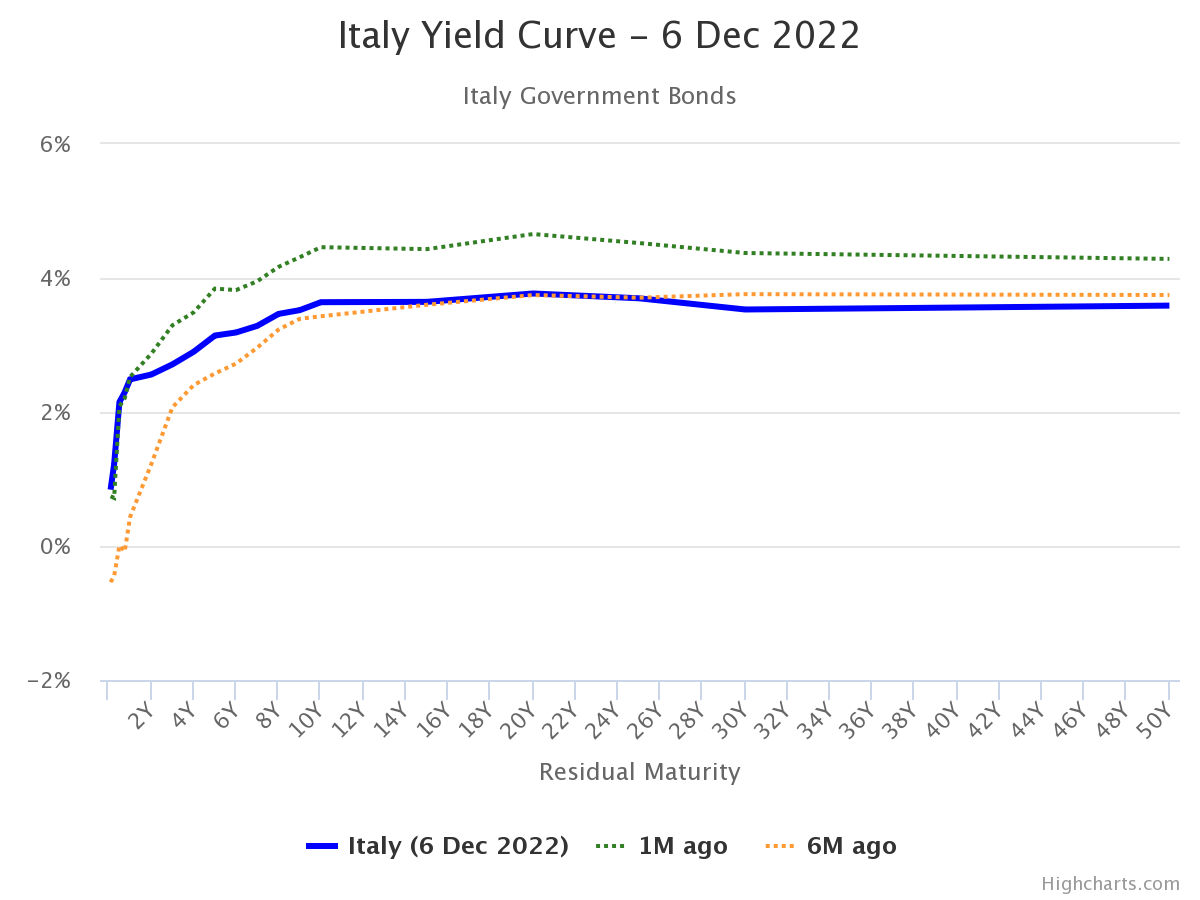 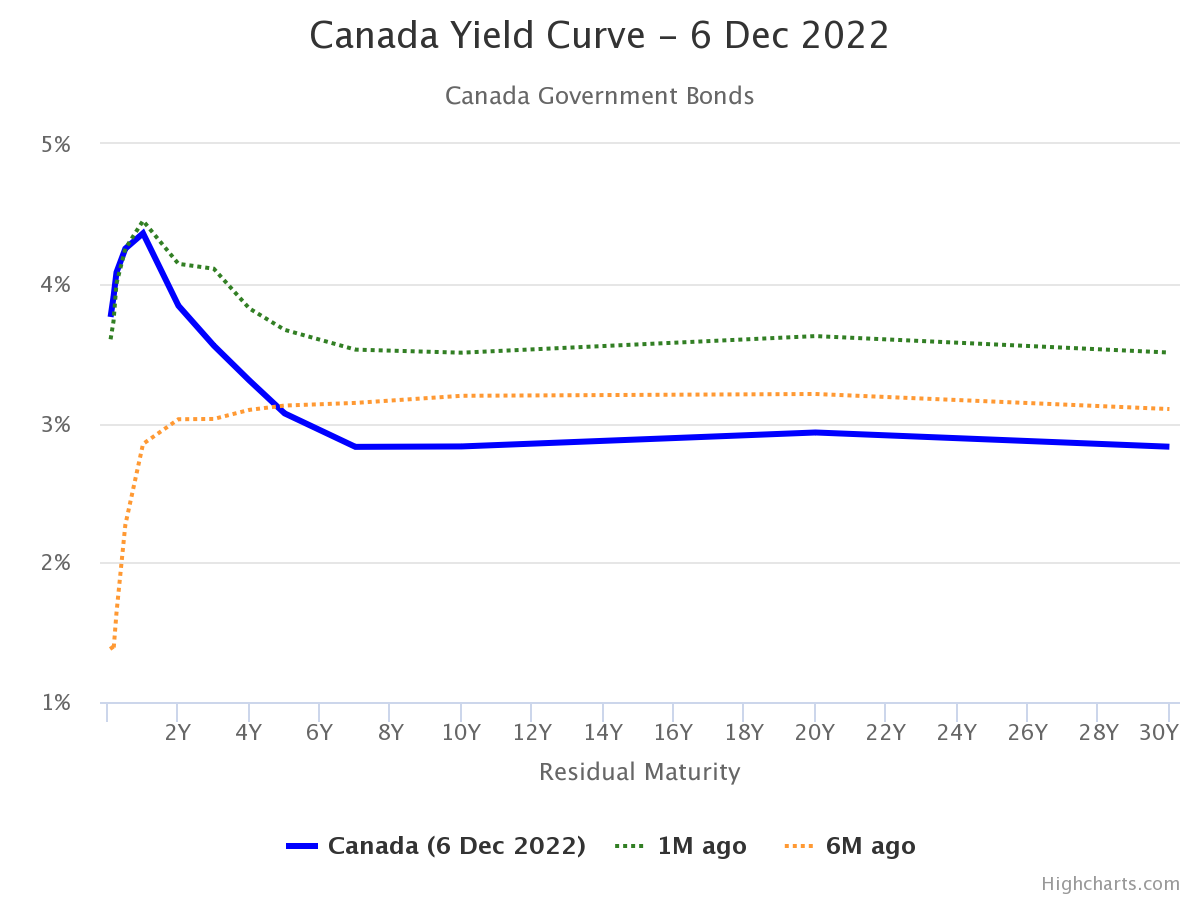 Two other large economies not included in the G-7: 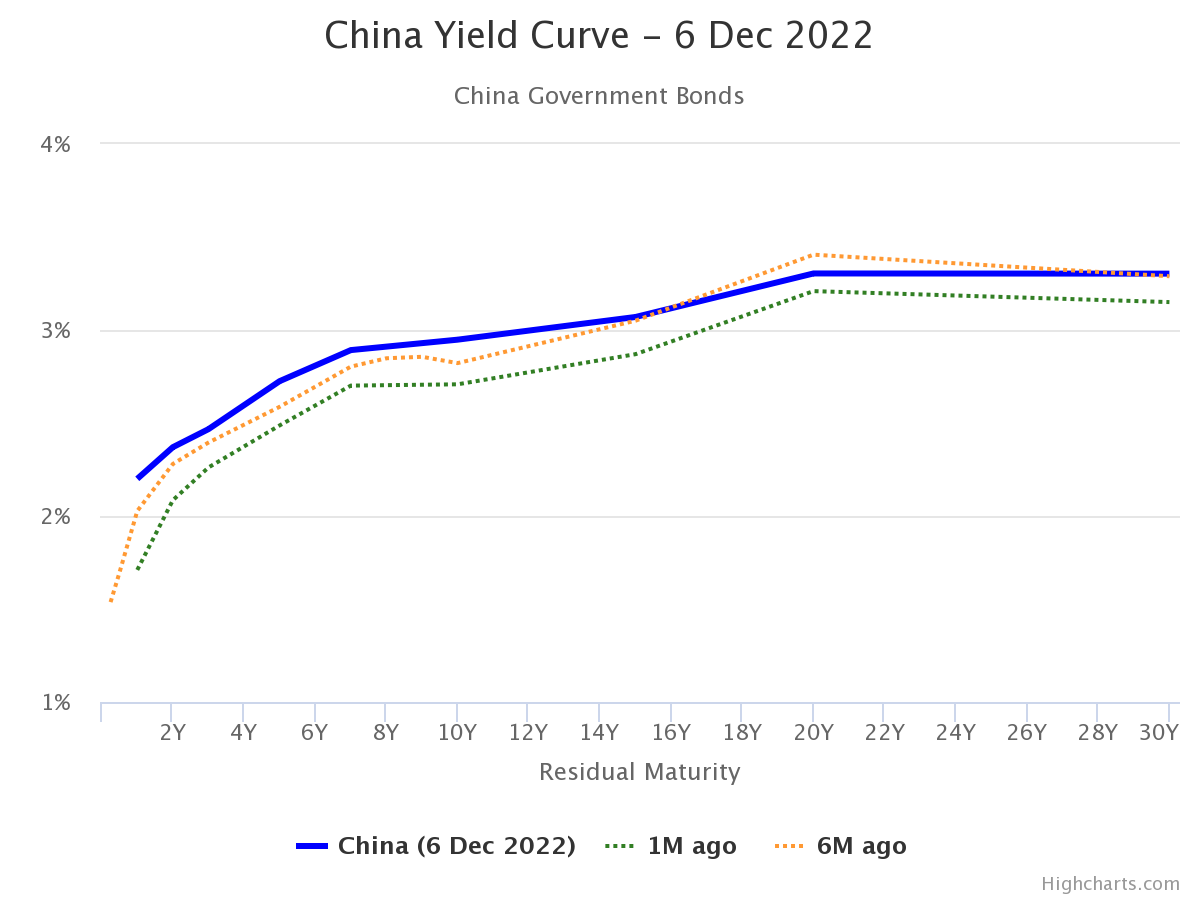 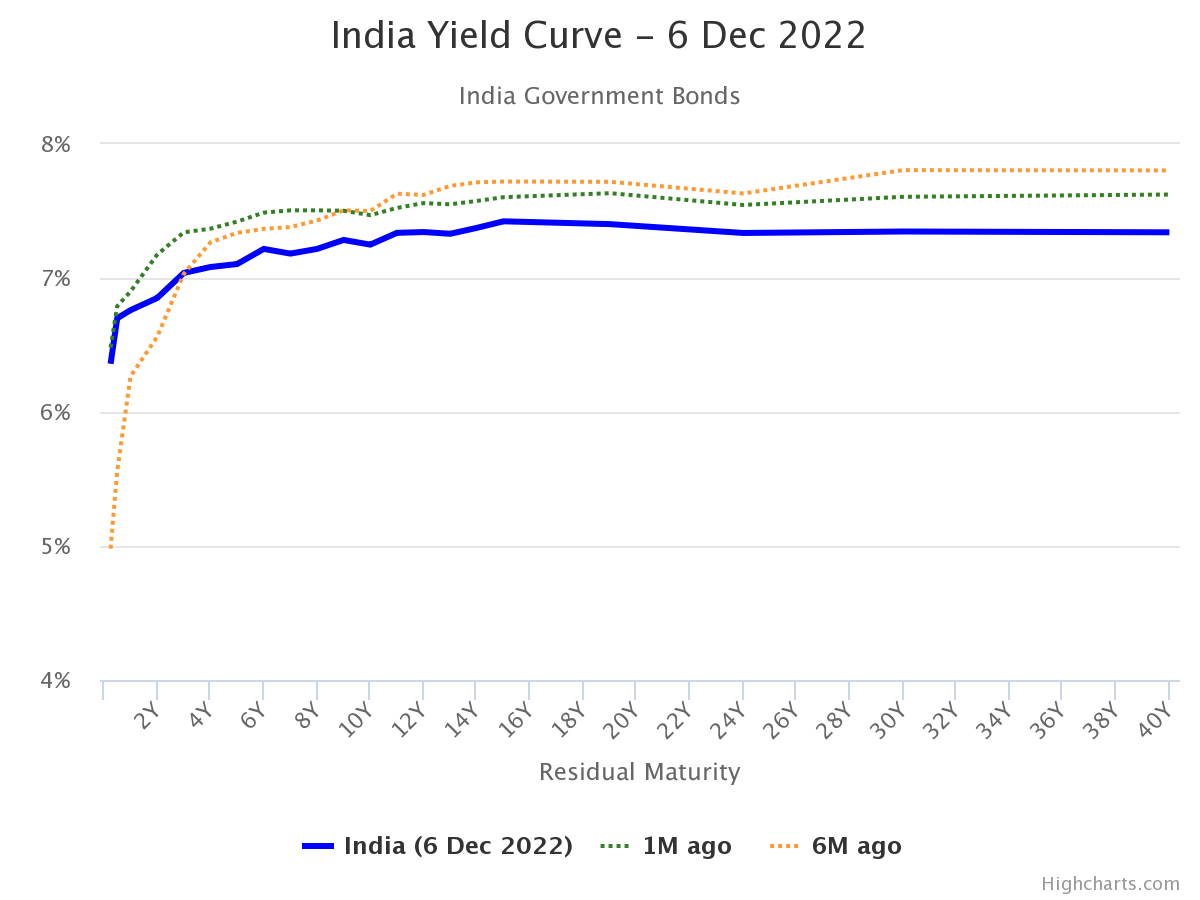 And one other large economy, Korea. 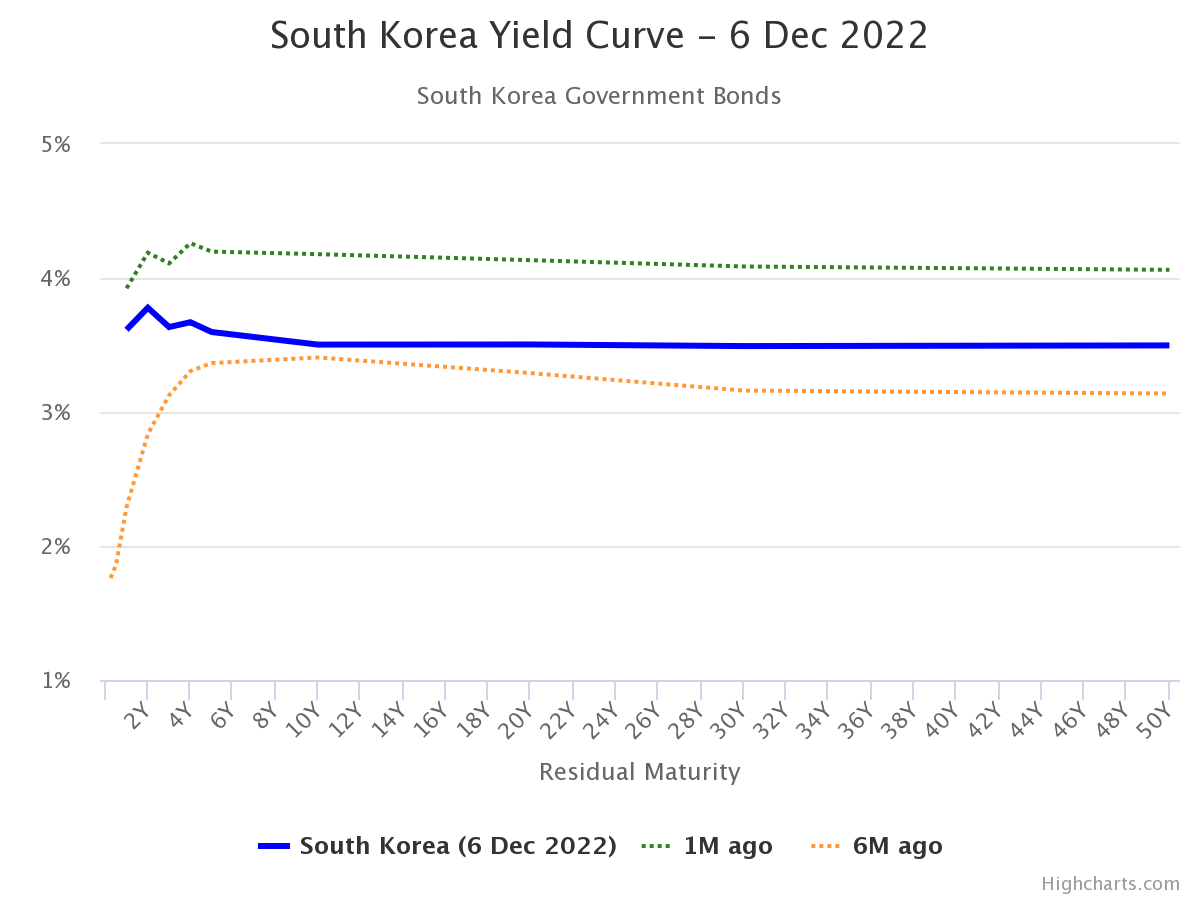 Chinn and Kucko (2015) found that the 10yr-3mo yield curve predicted recessions in US, France, Germany and (if including 3 month yield) Japan.

Some additional studies (including on China) recounted here.