Here’s the outlook for GDP: 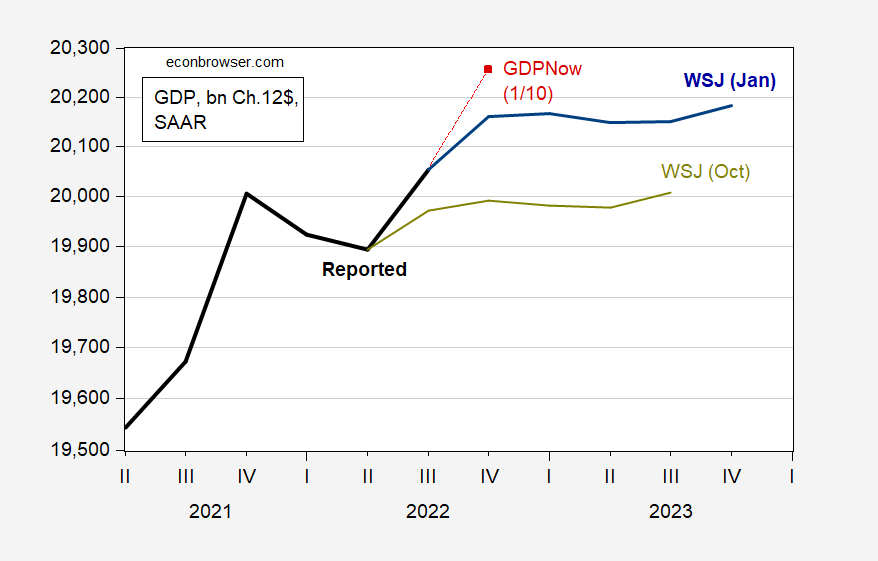 Over the last three months, GDP rose more than anticipated in Q3, and growth projections for Q4 accelerated. The mean of forecasts made between January 6-10 is exceeded by GDPNow of January 10th. That being said, there is a wide dispersion of forecasts. 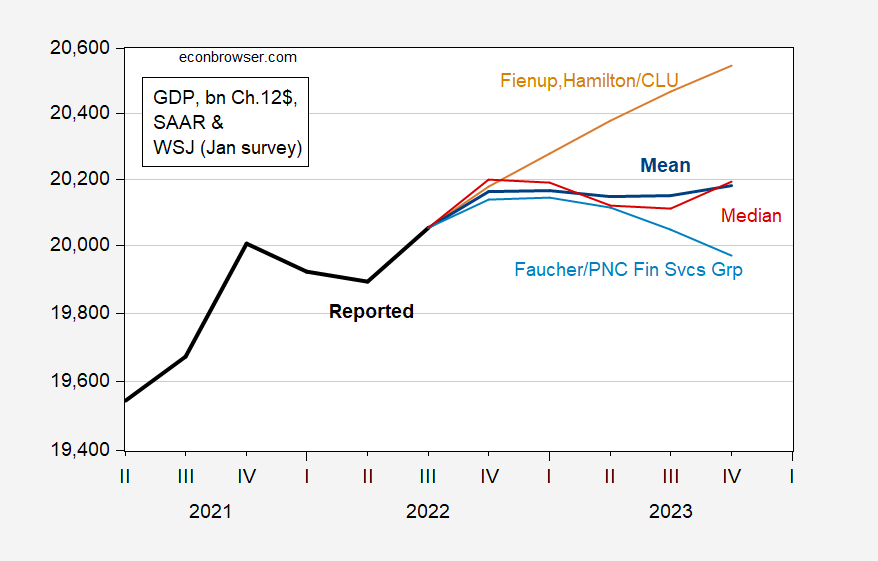 A recession doesn’t show up in the mean forecast, and a quarter of negative growth shows up in the median.  Of course, as discussed on a variety of occasions, two consecutive quarteres of negative GDP growth are not the same as a recession.

The WSJ surveyed recession probabilities. Below is a time series. 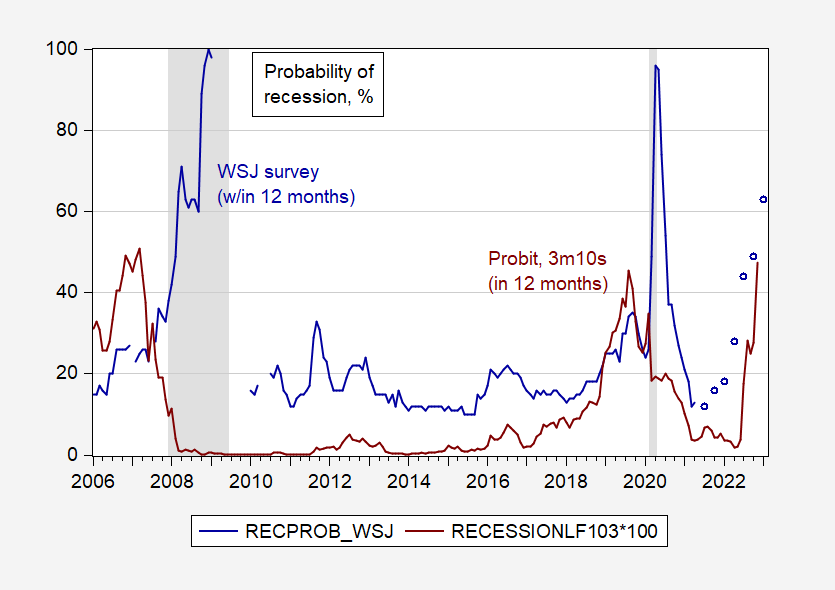 For comparison, I have included the predicted recession probability for 12 months ahead from a probit (note the difference from the WSJ survey, which asks for recession within 12 months. (More in the article.)

100 thoughts on “Recession Tales from the WSJ January Survey?”