With the release of December 2022 industrial production (-0.7% vs. -0.1 Bloomberg consensus, m/m), we have the following picture of business cycle indicators followed by the NBER Business Cycle Dating Committee, along with IHS Markit monthly GDP: 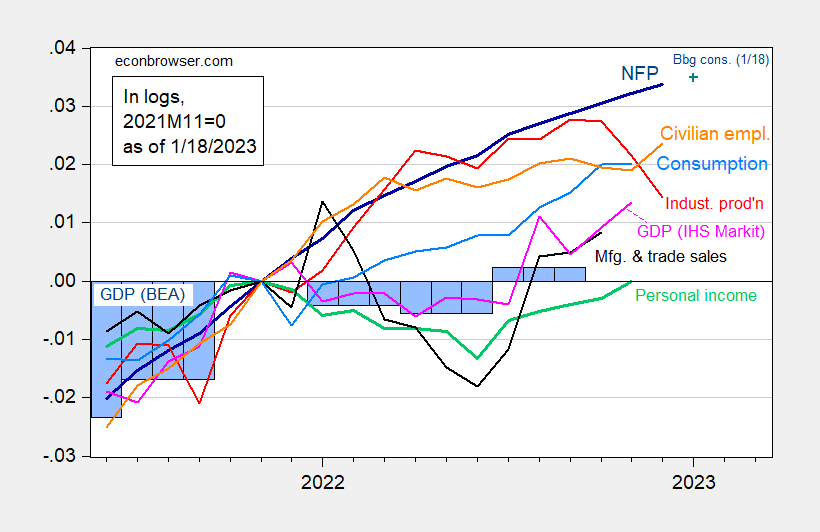 The decline in industrial production was a big negative surprise. Taking this report, and others, into account, Atlanta Fed downgraded its nowcast for Q4, from 4.1% q/q SAAR to 3.5%. 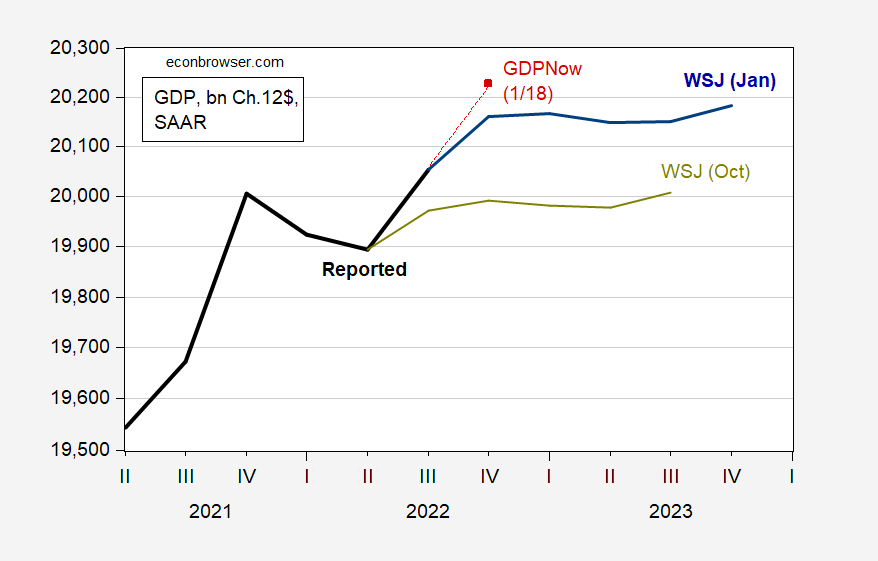 21 thoughts on “Business Cycle Indicators as of Mid-January 2023”