A snapshot for those who argue that policy uncertainty is slowing down the economy. 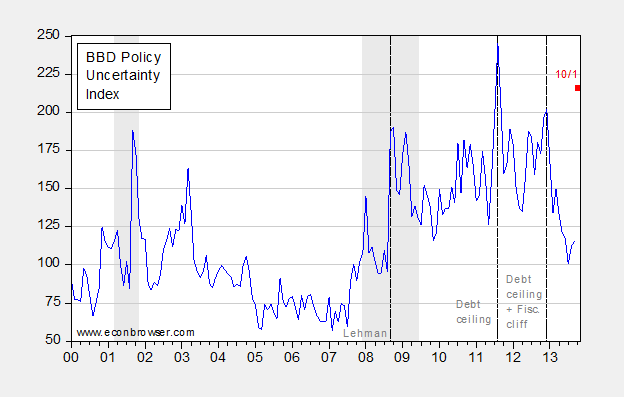 
This graphic brought to you courtesy of the House of Representatives.

For a longer time series on changes in the components of the uncertainty index, see this post.

Update, 4:15PM Pacific: Some readers have pointed out with alarm that the blue line in Figure 1 is the monthly average of daily data, while the red square is the latest (daily) observation. I’ve done this countless times (with no objection from today’s critics Anonymous 11:20AM, and Rick Stryker in the past), and seen equivalent graphs in memos my year in the Federal government, but be that as it may, in the interests in fully disclosing the data, and to obviate fears of nefarious motives on my part, here is Figure 2, in all its glory. 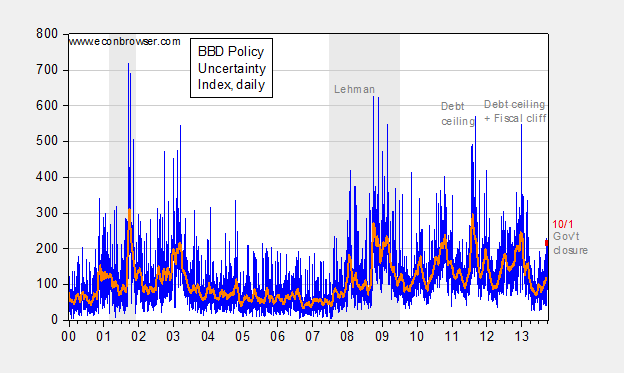 
Now, I suppose the Index could drop and stay low for the next few weeks, making the 10/1/2013 observation a true aberration. But with the debt ceiling looming, I ask whether reasonable people think that’s likely.