Today the Philadelphia Fed released coincident indices (measures of aggregate economic activity) for the states and the US. Wisconsin outperforms Kansas — a very low bar — and yet has lagged all her neighbors. 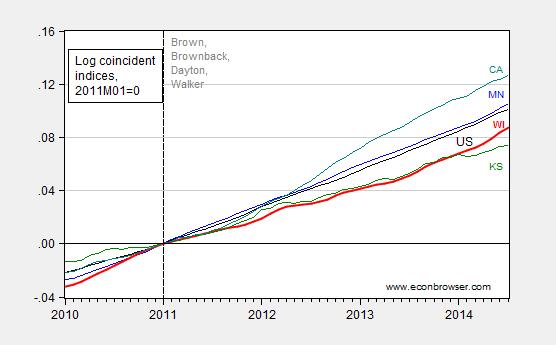 Some observers have argued that the dissimilarities between these states invalidates the preceding comparison. However, the comparison with Wisconsin’s neighbors does not cast Wisconsin economic performance in a noticeably better light. 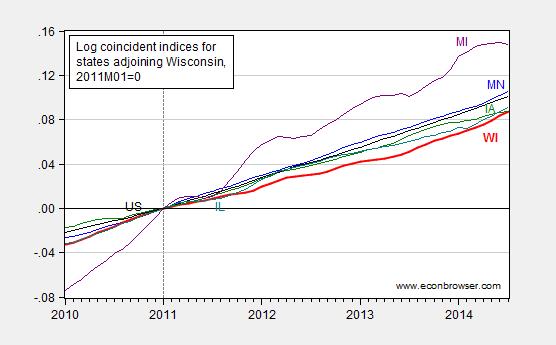 It is interesting to observe that — despite the ample scorn heaped upon Illinois by conservative commentators (including in the comments section of this weblog) — Illinois has outperformed Wisconsin for essentially all of the past three and a half years. And, as I mentioned, Wisconsin lags the (regional) pack.

(Note that regardless of whether one normalizes to the previous trough or peak, Minnesota outperforms Wisconsin.) 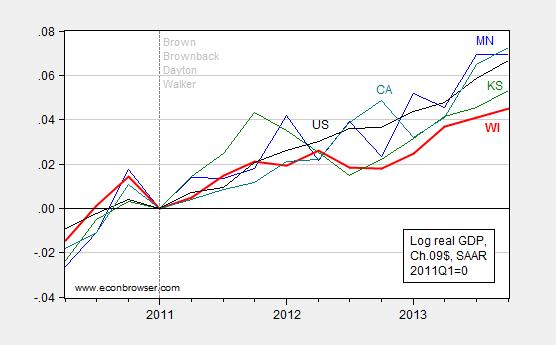 27 thoughts on “(Not) The Leader of the Pack: Wisconsin and Her Neighbors”