Following up on last Thursday’s post, here is a depiction of how Wisconsin and Kansas — ALEC darlings — fare against Minnesota and California. 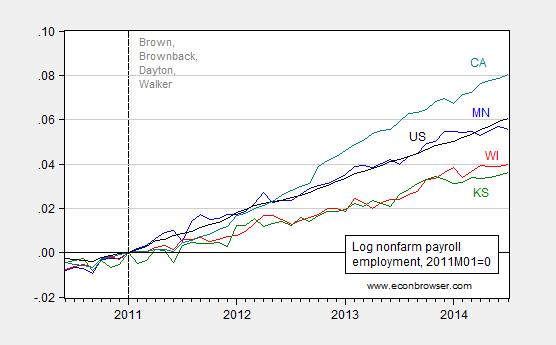