A rapid collapse in the Wisconsin fiscal prospects (but pretty predictable, as long as one doesn’t believe in supply side miracles).

Three weeks ago, I documented the deterioration in Wisconsin budget prospects. Since then, the fiscal hemorrhaging has continued. 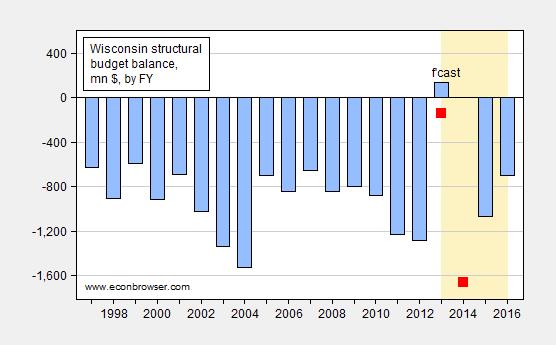 The FY2013-14 estimate (red square) incorporates the estimated $281 tax revenue shortfall. It does not incorporate the likely higher than budgeted Medicaid expenditures.[Peacock/WBP] I estimate the FY2014-15 shortfall using the $1.8 billion estimated shortfall for the biennium noted by WisPolitics.

The downward revision in the structural budget balance since May is also remarkable. 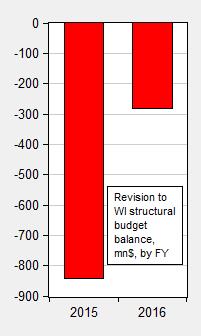 But at least we gave tax cuts to upper income households!

26 thoughts on “The Evaporation of the Wisconsin Budget Surplus”