Wisconsin employment falls in March; continues to lag the Nation. 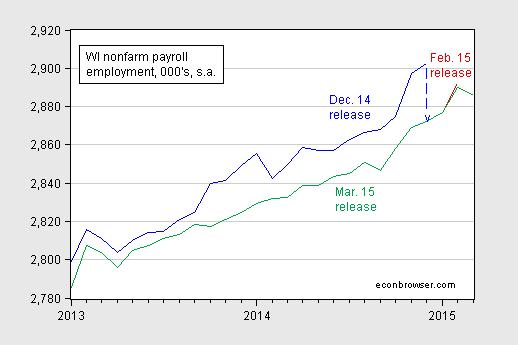 The big shift downward is due to the benchmark revision to figures, using figures from the QCEW through September 2014 (see discussion here).

Of course, one should not put too much weight on one observation, especially a preliminary one. Greater reliance should be put on trends. Here, established trends remain in place. 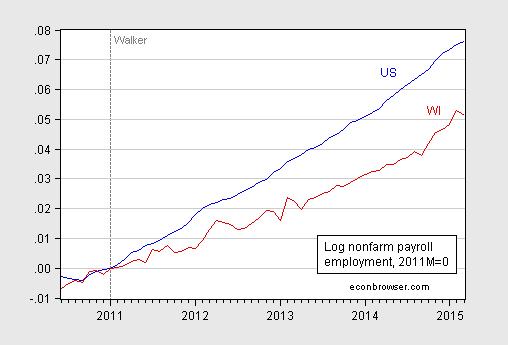 The divergent trends apparently have had some impact on popular opinion. 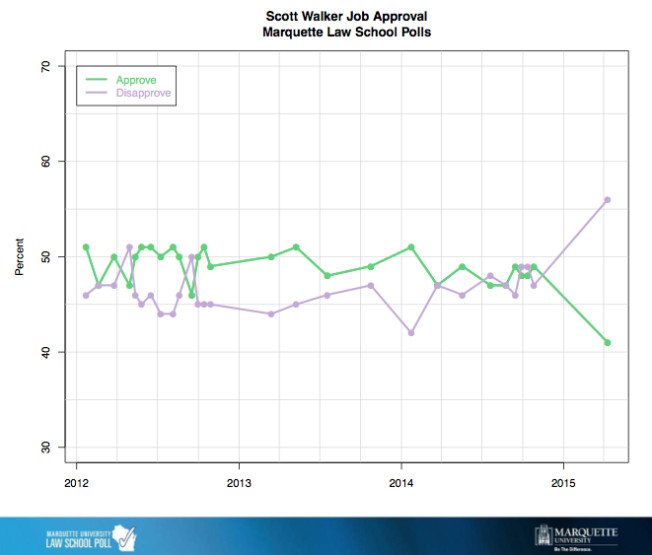 Wisconsin unemployment has declined from 8.1% to 4.6% under Governor Walker.

Bruce Hall observes that Wisconsin unemployment rates are not that bad, at 18th in the country.

These are (if one will excuse me) mind-numbingly stupid comments (if they have been written by people who have had high school statistics), to the extent that (1) unemployment rates have come down nationwide, and (2) Wisconsin’s unemployment rate is almost always below the national average. In Figure 4, I show the US-Wisconsin unemployment differential adjusted by the 1976-2010 average differential. 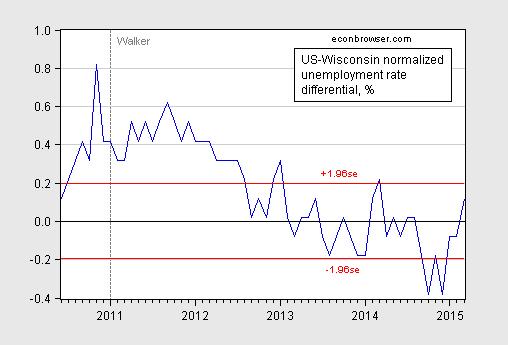 That is, Wisconsin’s performance along the unemployment rate dimension is well within what is to be expected.

Update, 4/20 7:30am Pacific: Reader Bruce Hall argues for normalizing and adducing a kind of “fixed effect” on the basis of the last peak. In a separate email to me, he argues that he does not believe that there is an average difference between US and Wisconsin unemployment rates at business cycle peaks. Here is a time series graph using available data (easily accessible at FRED) of the differential. 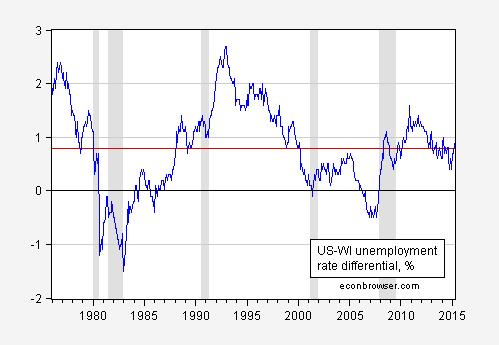