That’s quite a dramatic move for one week, though it’s useful to keep it in perspective. The decline barely takes a nibble out of the doubling in U.S. equity evaluations over the last 5 years.

Center stage seems to be China’s stock market, where equities have lost about a third of their value since June 12. Though even after that loss, Chinese stocks are still up 57% from a year ago. Value of SSE Composite Index of all shares traded on the Shanghai Stock Exchange over the last 5 years. Source: Google Finance.

If you believed that China had been experiencing a bubble that’s now in the process of popping, you might have expected to see a graph just like that one.

China’s economic growth has certainly slowed, and some of the recent indicators raise concerns. China’s Manufacturing Purchasing Managers’ Index fell to 47.1 in August. A value below 50 means that more establishments are reporting a drop in indicators like orders, output, and employment than are reporting increases. A value below 47 hasn’t been seen since the Great Recession, though it’s often come close to its current value without necessarily signaling anything. 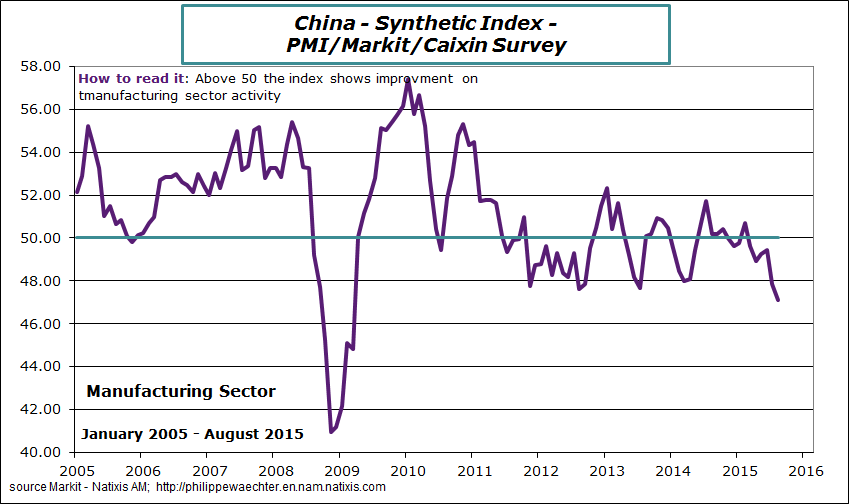 Rail shipments are also down, and the rate of growth of electricity production has slowed.

Chinese leaders’ worries about a slowing economy likely figured prominently in China’s decision to devalue the yuan on August 10. If China’s economy is slowing significantly, it has huge implications for markets around the world. Concerns about a Chinese downturn were likely key not just in the recent U.S. stock market decline but for a host of other indicators as well. The yield on 10-year U.S. Treasuries has fallen 20 basis points since August 10, and West Texas Intermediate has dropped $4.50/barrel. 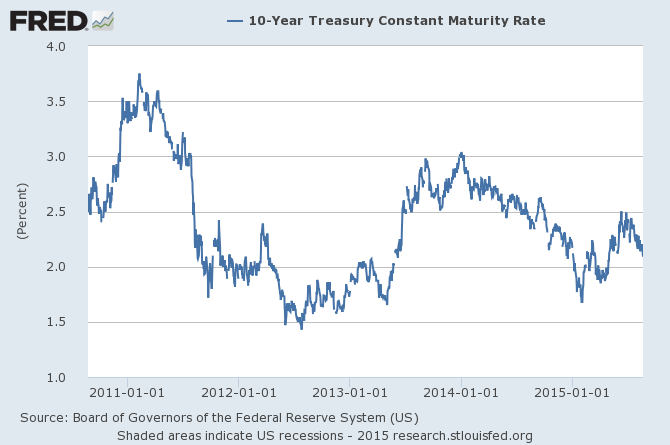 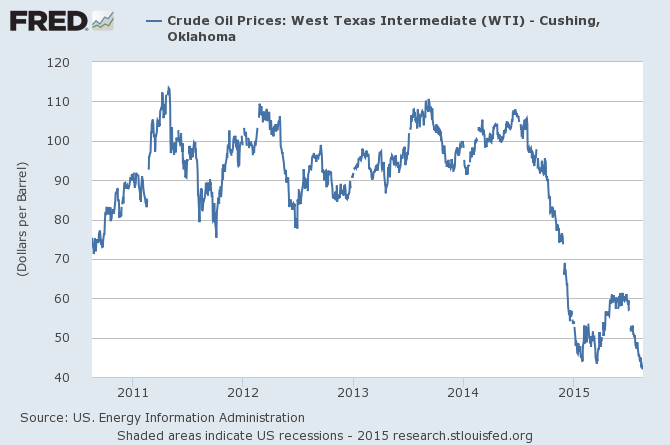 China’s changing demographics have to mean a slower economic growth rate. Coming off an apparent bubble in real estate and stock markets is clearly going to make it a challenge to manage a smooth landing.