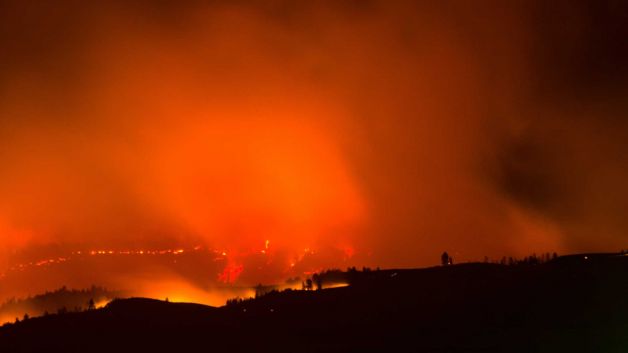 Reader CoRev asserts wildfire intensity has not been severe of late. I’ll just graph some data to bring reality to the interested. 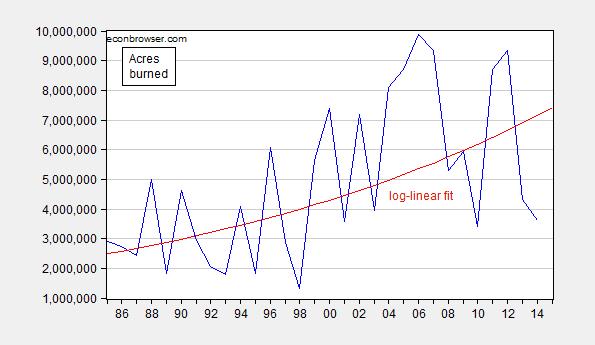 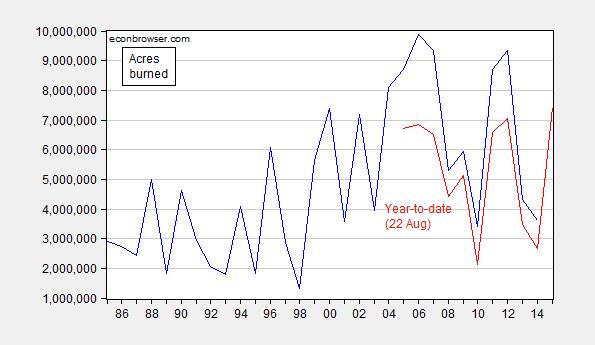 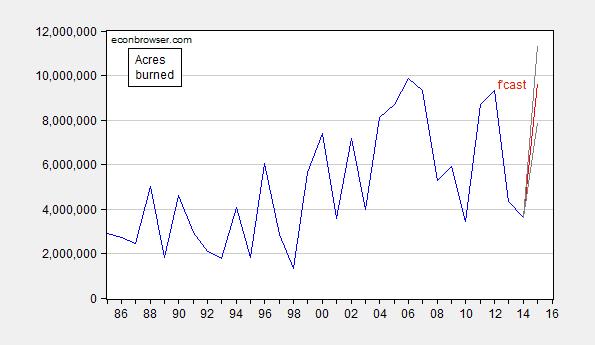 While the 2015 mean forecast is slightly below the previous peak in 2006, a slight modification (no constant) would yield a mean forecast above the 2006 peak. And using the baseline specification, the 90% interval easily encompasses much higher values.

Finally, I can use the relationship between total Federal firefighting expenditures, projected acres burned and the CPI to infer 2015 expenditures. (CPI growth for 2015 is assumed to be the same as experienced in the first 7 months of 2015.) 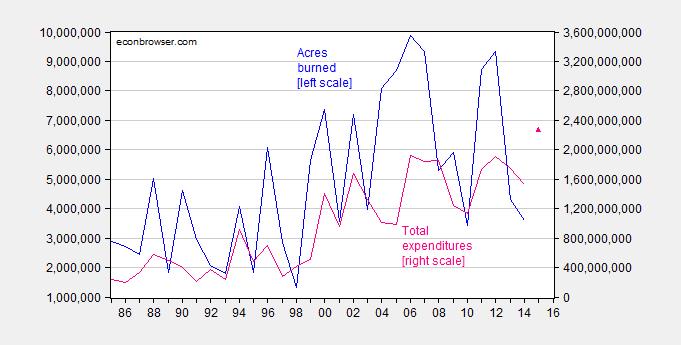 My central forecast is for substantially higher Federal (and likely state) expenditures in 2015.

Update, 5:15PM Pacific: Reader Steven Kopits argues (1) the linear regressions R2 of 0.32 is “risible”, and (2) I should look to moving averages. Here is a ten year moving average, in bold red. 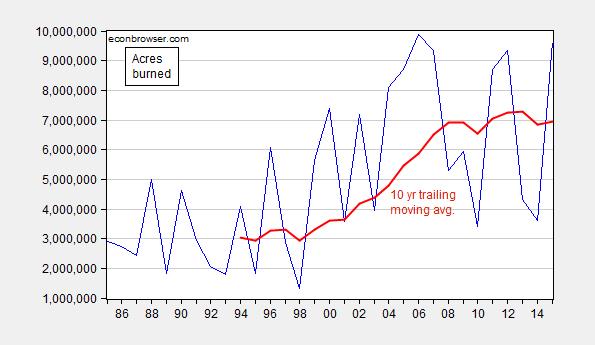 I let readers determine what they think the “trend” is. To ensure that I am not accused of picking a specific depiction to favor my case, here is a centered 11 year moving average. 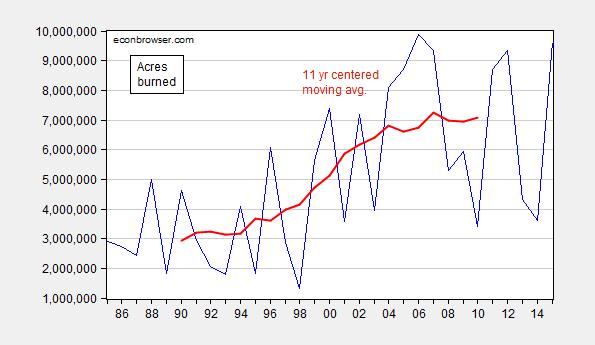