Civilian employment falls to 1.3% below prior peak. 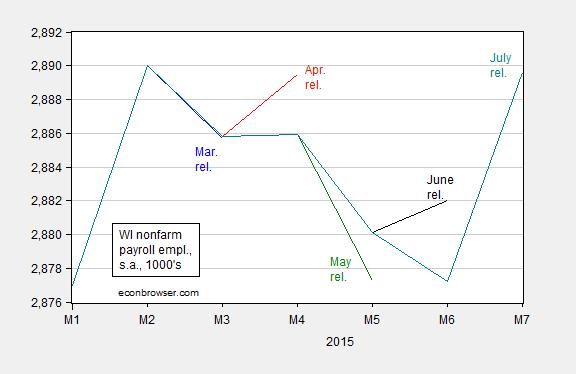 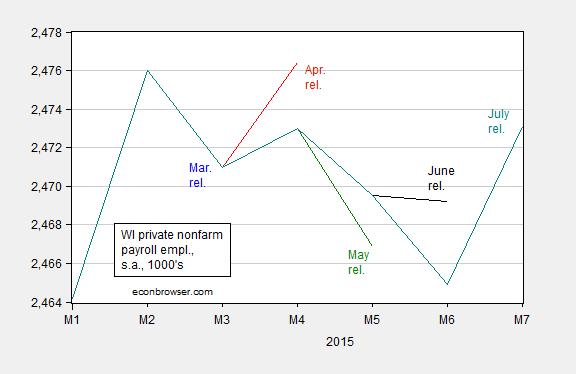 An apt characterization of the situation is that establishment survey based estimated employment is treading water. However, that’s not the entire story; the household survey (which is typically less accurate than the establishment) indicates continued downward movement in civilian employment. The two surveys taken together indicate some worrisome trends are in place. 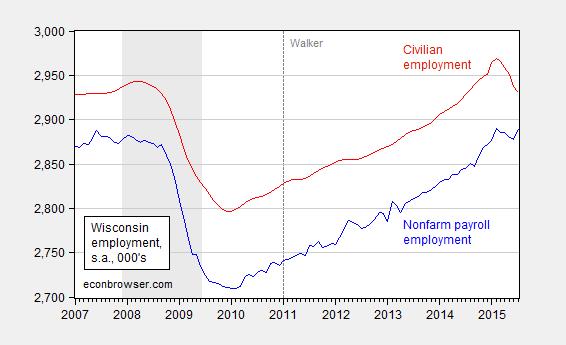 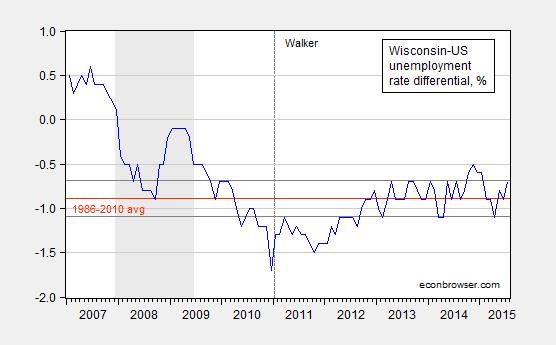 Highlights of QCEW figures were released yesterday. I’ll try to update my estimates of implied nonfarm payroll employment when those numbers are finally posted. My previous estimates suggested a downward revision of over 10,000 for December 2014.

Update, 7:50pm: Lagging economic growth seems to have had some impact on the Governor’s job performance ratings. 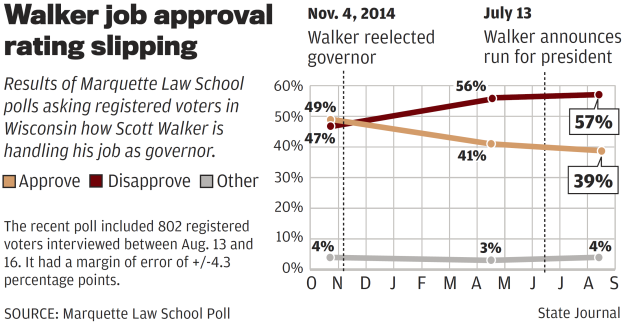 Using the methodology outlined in this post, I pseudo-benchmark Wisconsin private NFP: 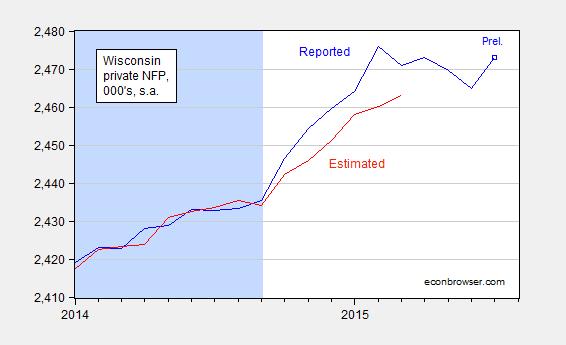 This implies that the WI private NFP number for March 2015 will be around 2463, which compares to the currently reported value of 2471.