I don’t know if it counts as a “disaster”, but Kansas continues to lag its neighbors in economic activity, and to under-perform what is to be expected from historical correlations. 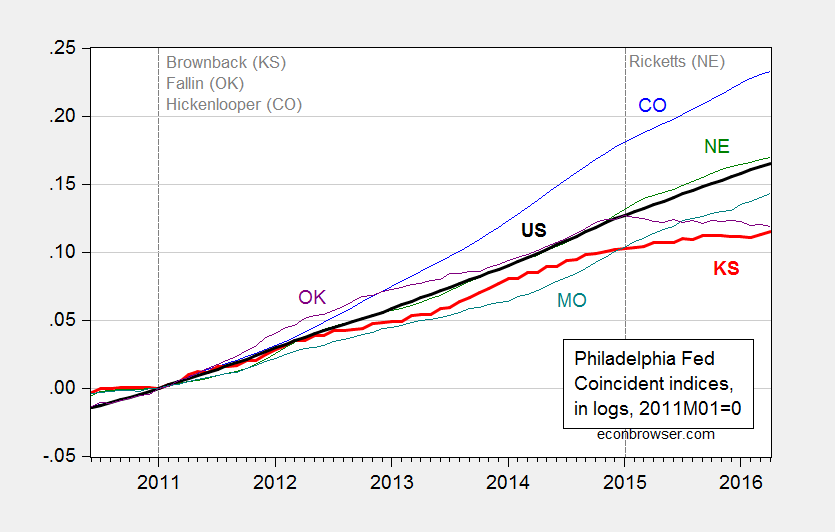 The Philadelphia Fed’s coincident indices are aimed at measuring total economic activity, calibrated to match the growth rate of real state GDP. The correlation of the index with state GDP varies across states, and for Kansas is between 0.55-0.70 (see this report for a discussion).

It would be preferable to use directly the quarterly GDP series to make comparisons. However, reporting of such figures lags the national statistics considerably; we only have the 2015Q3 figures as of early March.

I have used the historical correlation of Kansas GDP with US GDP, and a drought variable, to create a counterfactual by which to quantify the shortfall in Kansas economic performance (see this post for details of the procedure). The key graph is below. 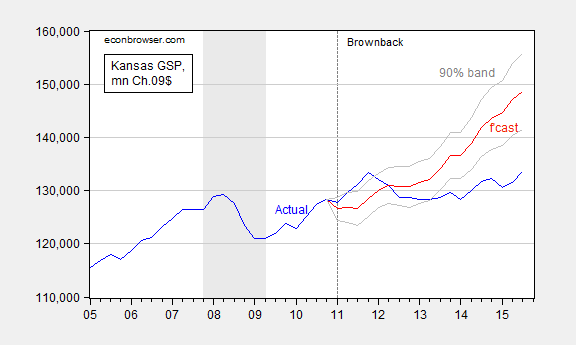 10 thoughts on “Kansas and Her Neighbors: Economic Activity”