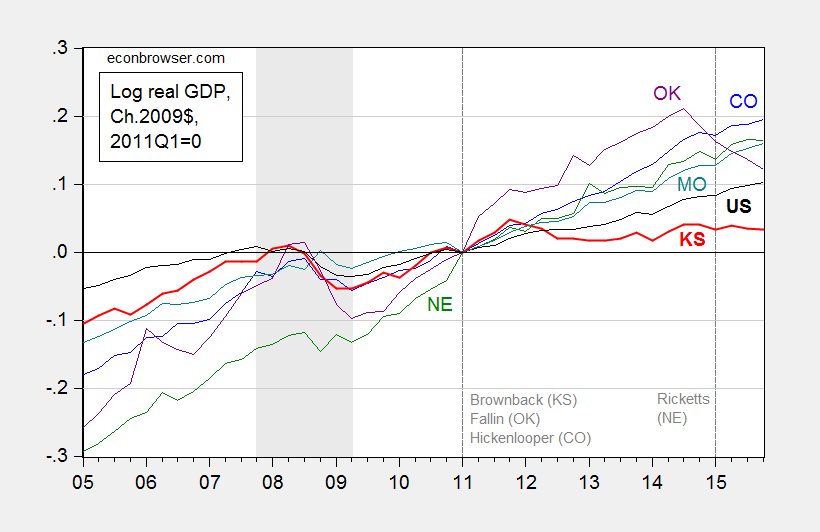 Now, it could be that Kansas has a flatter growth trend; however, as I noted in this post, based on pre-2010 correlations, Kansas should have done better (as shown in the red line), and done so by a statistically significant margin. 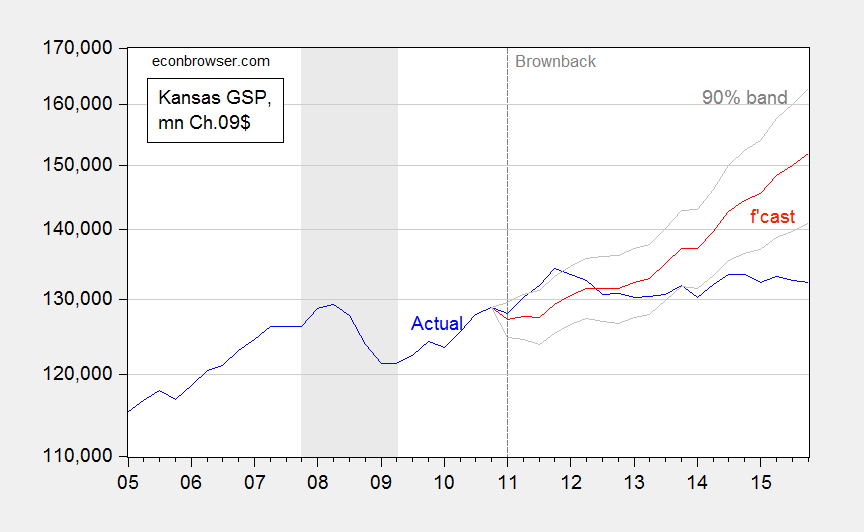 The Kansas tax revenue shortfall has just forced the state government to borrow $900 million for the next fiscal year, and tap the highway fee and Medicaid fee funds. It’s already looking at a $45 million hole for the fiscal year about to end, despite previous fixes.[2]

5 thoughts on “Kansas and Her Neighbors: GDP Edition”