With update 8/23 showing application of same methodology to Doyle administrations.

DWD released data today. Wisconsin private employment in July is estimated to equal what we earlier thought it was in June… 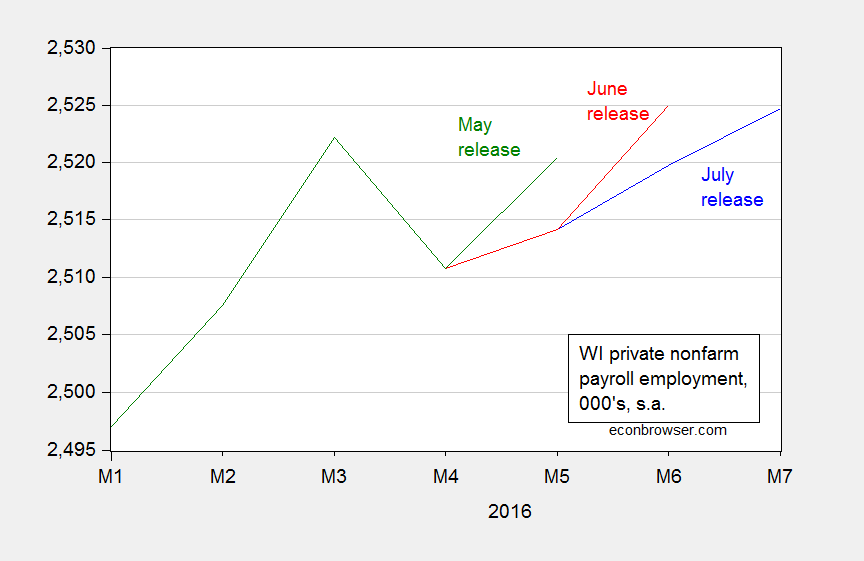 Notice that the past two preliminary estimates have been revised down.

Wisconsin private employment continues to increase at a lackluster pace; employment stands 47.9 thousand below the level Governor Walker stated in August 2013 was the goal for January 20156. This is shown in Figure 2. 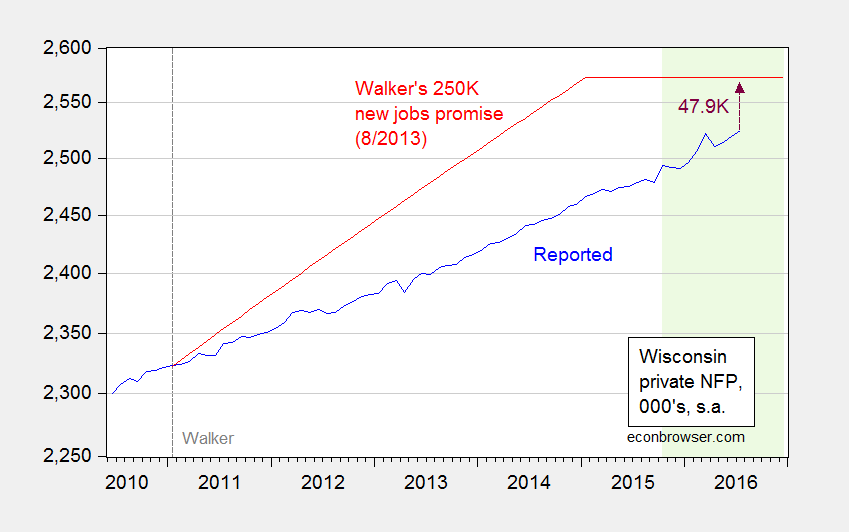 Note that the data in the green shaded area will be benchmark revised using Quarterly Census of Employment and Wage. The spikes in 2015M10 and 2016M03 will likely be benchmarked away (at least as suggested by data from QCEW through March 2016, also reported in the DWD release).

It’s of interest to see whether Wisconsin has gained on Minnesota, and the Nation. Since the beginning of the year, the gap has widened with respect to Minnesota. 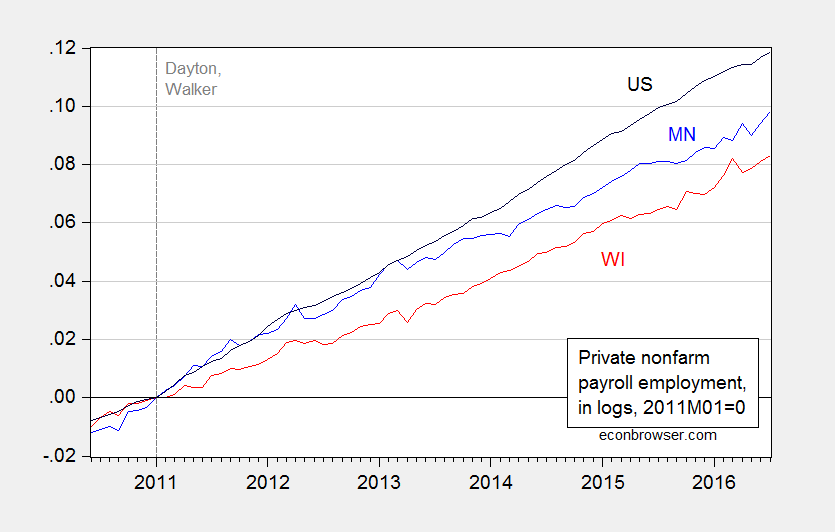 The correct comparison is what Wisconsin is doing relative to what it should be expected to do, based upon historical correlations. Using an error correction model (1 lag) estimated over the 1994-2010 period, with national private employment as the key exogenous variable, I find that current employment levels are below expected, by a statistically significant amount. 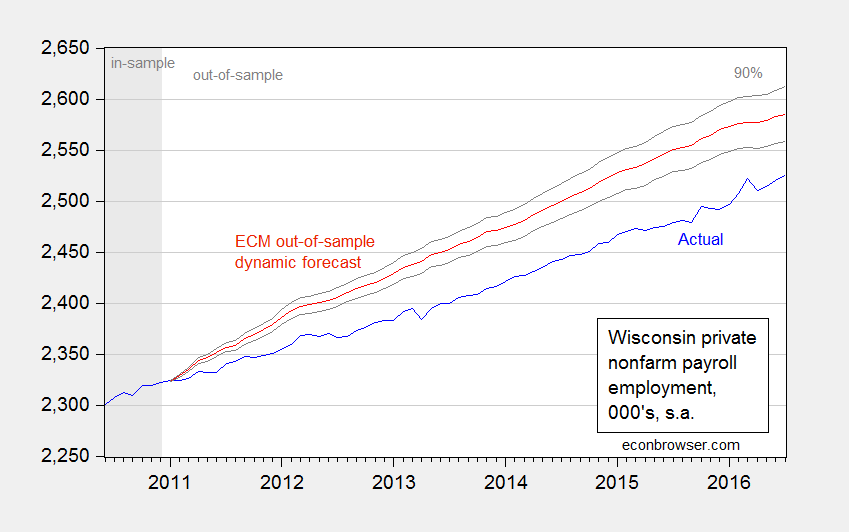 The current evaluation of the efficacy of the Governor’s economic policies can be seen in this Marquette Law School Poll (taken August 4-7) result:

Update, 8/23, 11:40am Pacific: For those curious what a similar methodology says for the Doyle governorship, here is the analogous graphic. 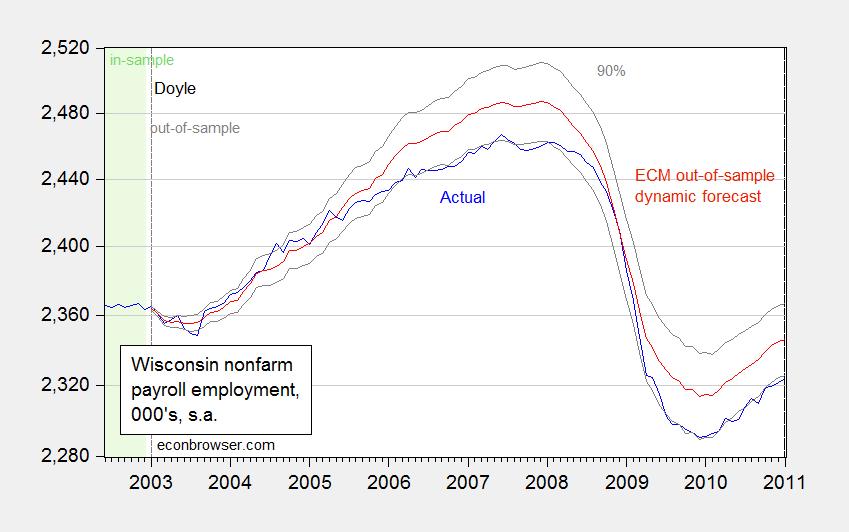 5 thoughts on “Wisconsin Employment for July”