For context, here’s the relevant quote:

And here is the relevant, updated, graph: 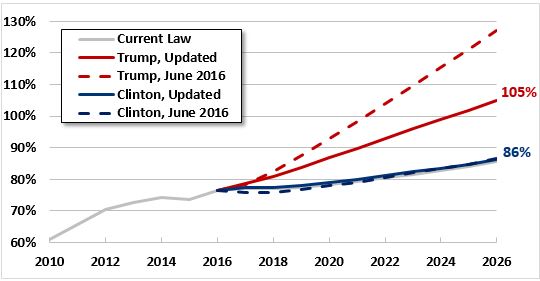 More on the macroeconomic implications of the Trump plan, to come (preview: Not Good).

On a side note, here is a petition by “Economists concerned about Hillary Clinton’s Economic Agenda” — apparently the people who signed could not cross the bridge to say the were in Favor of Trump’s Economic Agenda (despite the fact the document emanates from a Trump office building).