One argument for tightening monetary policy is derived from the argument the Fed needs to raise rates to close a “confidence gap”. Instead of psycho-analyzing the markets, I think it better to focus on data.

From “For Yellen, a September Fed surprise could close confidence gap”:

“Market volatility is low, U.S. census data shows income gains have reached the middle class, and workers are clawing back a larger share of national income. For now, at least, no international risk stands out and inflation may even be picking up.

If Fed Chair Janet Yellen wants to prove that policymakers are not being pulled along by investors who for years have second-guessed them, this week may offer a rare moment of calm to do so.

On the other side, we know that manufacturing and industrial production have taken a hit. And as Governor Lael Brainard has noted, weakness abroad is another reason for caution.

My point has been that one thing we know is linked to the dollar’s value is the interest rate, and the tradables sector is under stress. Manufacturing employment is essentially at 2014M11 levels, while manufacturing output and hours are below. 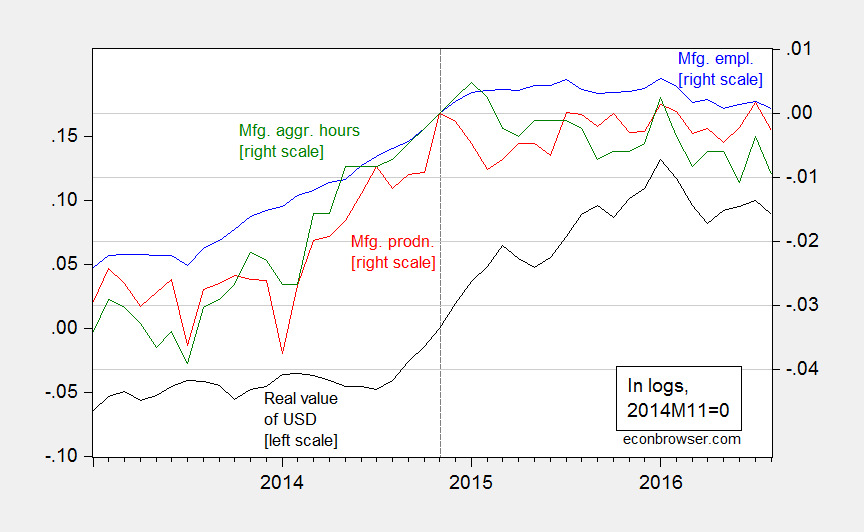 In addition, it could be argued that, while we are likely not in a recession as of July 2016, the indicators are not unambiguously in favor of continued expansion, given the downturn in industrial production. Figure 2 depicts five of the variables the National Bureau of Economic Research (NBER) Business Cycle Dating Committee (BCDC) has traditionally focused on, in deciding whether a recession has begun or ended (see NBER). 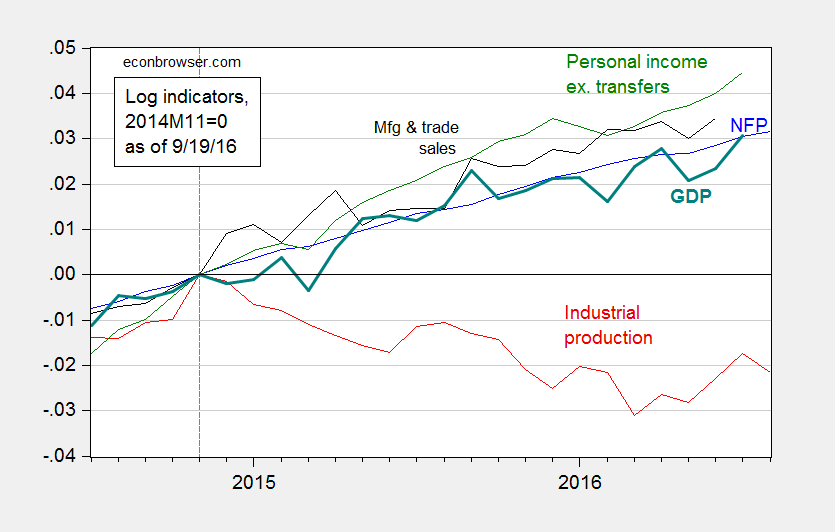 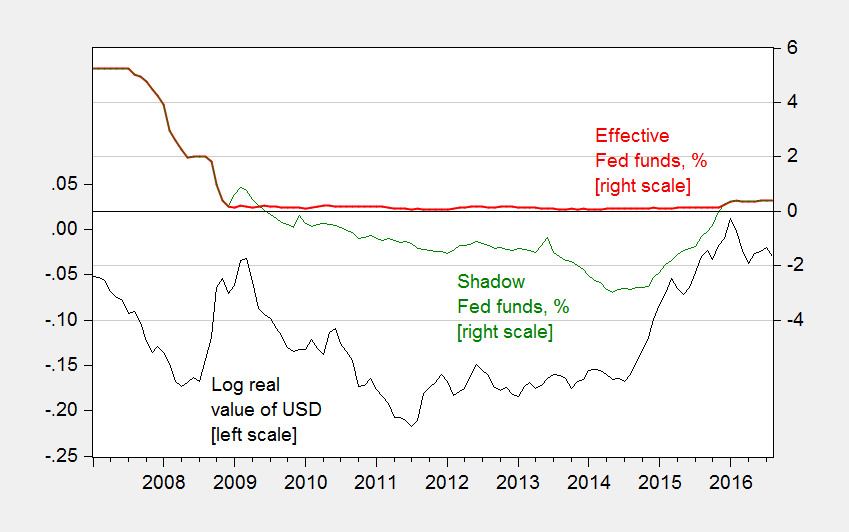 The short rate has risen nearly 3.4% since mid-2014; in real terms, the rate has risen over 3% (if using 1 year expected CPI inflation rates, as measured by the Survey of Professional Forecasters).