Here is an updated graph of economic activity in Wisconsin, its neighbor Minnesota, and the US, with forecasts implied by the Philadelphia Fed’s leading indices. 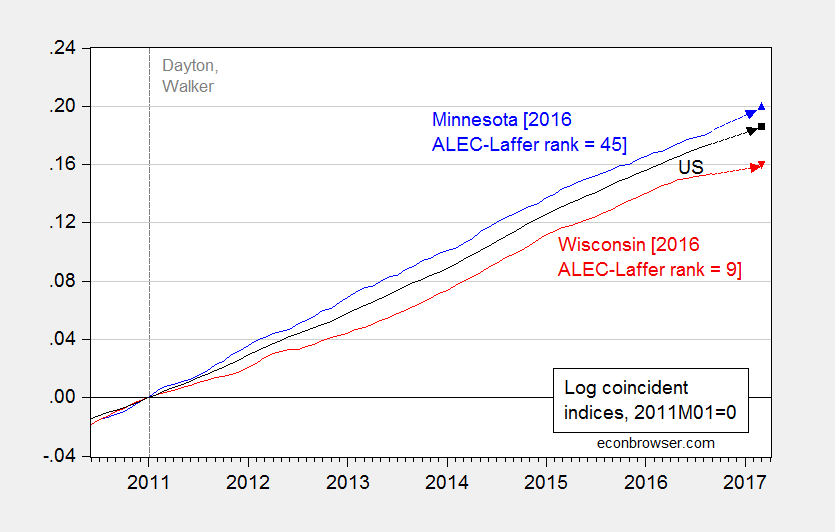 Interestingly, estimated economic activity has been downgraded release after release; moreover, forecasted growth from the September release is markedly less than it was from the July release. 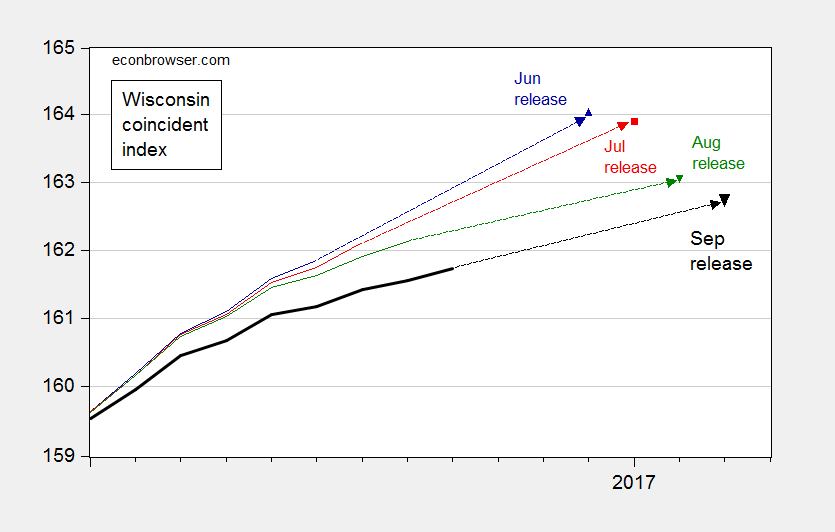 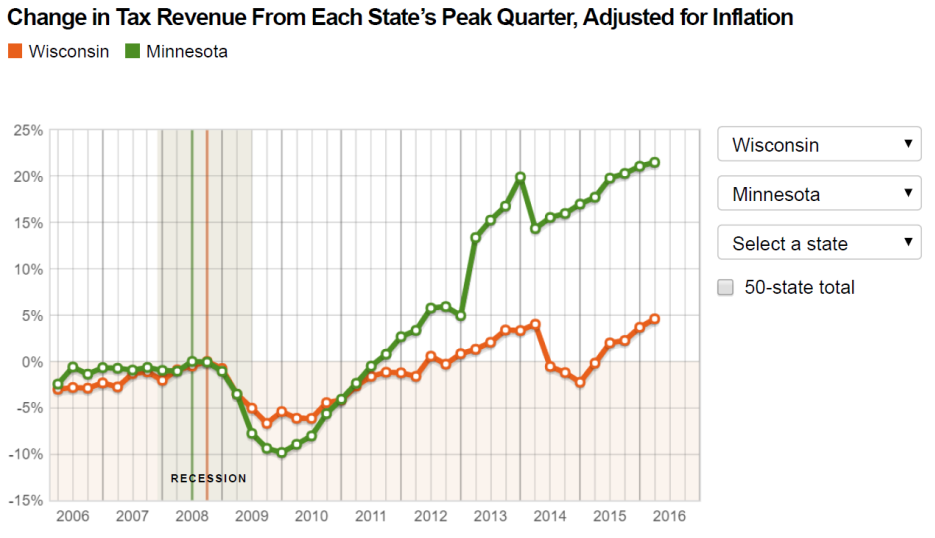