Here is the daily data, since the beginning of 2015: 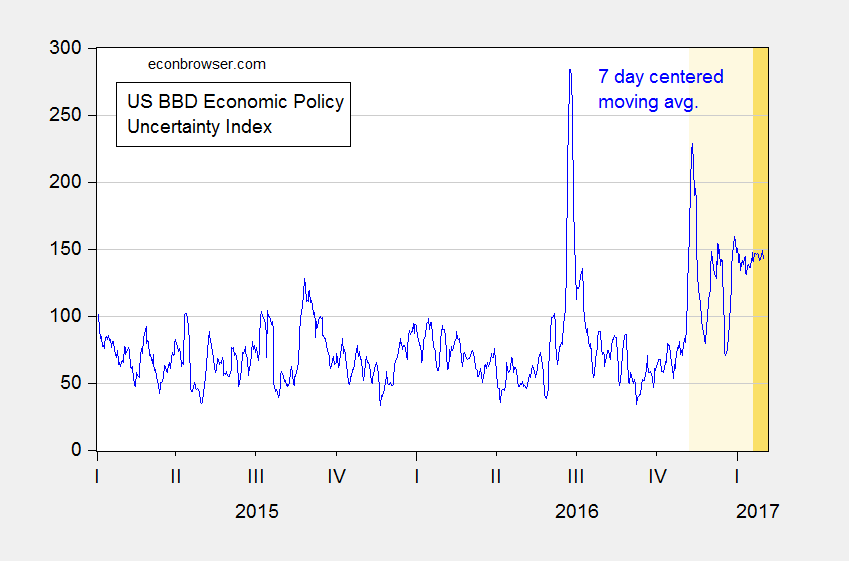 The impact of the election, and subsequent statements and actions, has heightened uncertainty both in the US and abroad (the global index does include Australia). 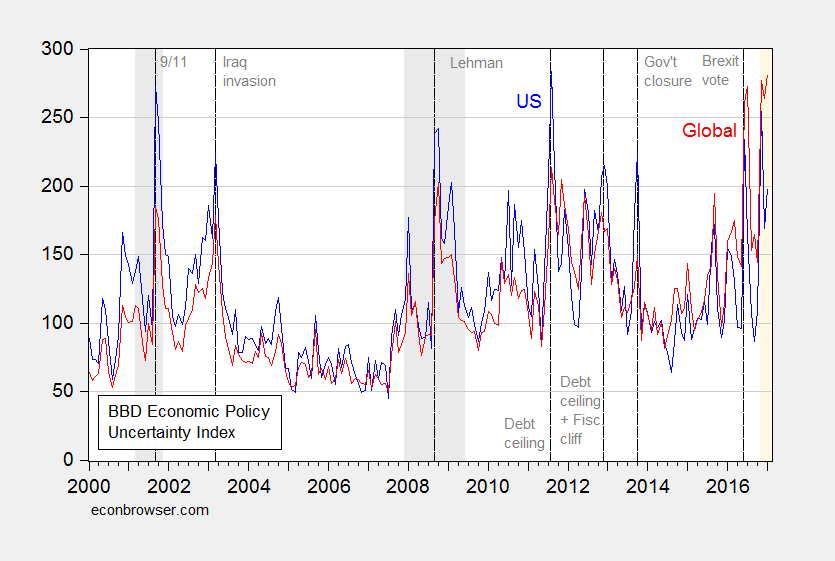 Current levels of US Economic policy uncertainty as measured by the index is certainly not unprecedented. Clashes over the debt ceiling and the government closure, as well as the Wall Street meltdown of 2008 clearly vie for top billing. However, the global index is, interestingly, at very high levels for a somewhat sustained (i.e., more than a couple months) period.

I have been taking the EPU as literally an indicator of uncertainty [1] [2] [3] [4]. In a recent post, Jim has offered an alternative interpretation:

Here to me then is the most natural interpretation of the Economic Policy Uncertainty Index. At times there is a dramatic exogenous event that increases the probability that something bad will happen to the economy. Congress and the President talk about taking some kind of action in response, though nobody is sure what that response is going to be. It likewise is much less clear what course the Federal Reserve will take in response to the events. Sometimes something bad indeed does happen in the wake of those events, just as everyone feared, and despite whatever policy did or did not do. Even if we have a pure and exact measure of the object of interest– uncertainty about economic policy– it is not valid to conclude that policy uncertainty per se was the cause of the subsequent poor economic performance.

That interpretation of what the BBD index is telling us leads to — in my mind — a less sanguine outlook on prospects for the US and global macroeconomy.