Here is actual data on the US-Mexico trade balance: 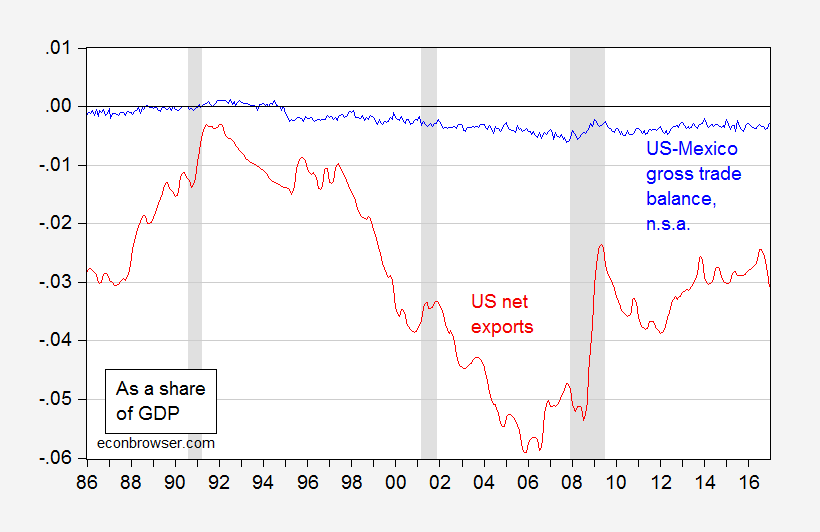 To further elaborate on the (relative in)significance of the imbalance, note that the balance in value added is even smaller.

This infographic highlights the deep integration of Mexican producers into the North American supply chain.

Some back of the envelope calculations of the impact of some proposed measures here.