Gavin Davies in the FT has an interesting article about how survey/sentiment based information and hard data have diverged. Here is a picture of US GDP, from the official BEA series (3rd release), Macroeconomic Advisers, and e-forecasting, as well as the Atlanta Fed nowcast. 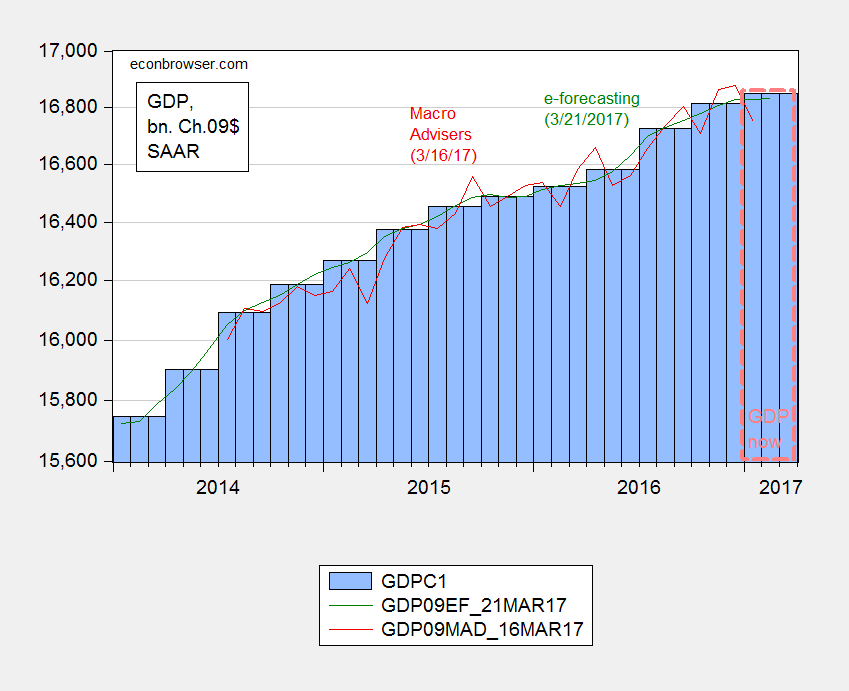 There is a distinct flattening out — although it’s important to recognize the Atlanta Fed nowcast at 0.9% growth SAAR is considerably below, for instance, the 2.72% from the St. Louis Fed. Macroeconomic Advisers forecasts 1.0% for 2017Q1.

On the other hand, the indicators that the NBER Business Cycle Dating Committee looks at suggest continued growth (although all these variables are subject to revision, so I won’t “pull an Ed Lazear” and say “no recession”). 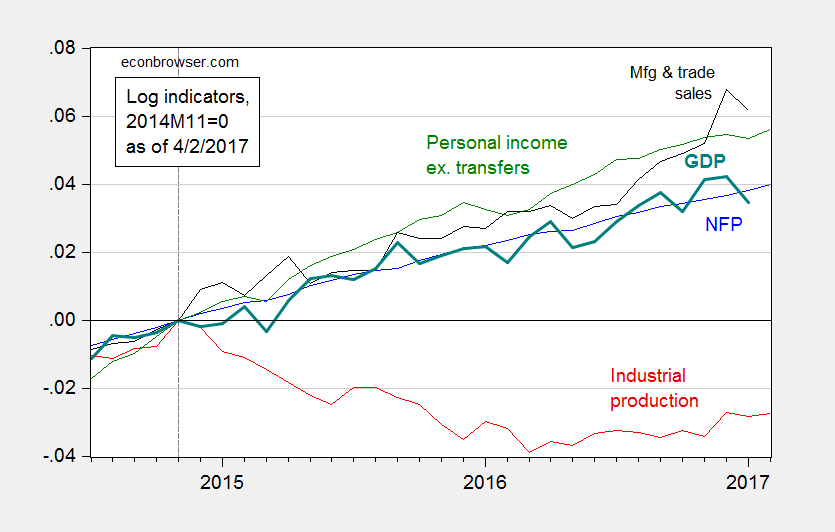 3 thoughts on “Soft vs. Hard Data: US Economic Outlook Edition”