I really believe it," Trump said in an interview with Fox News. "We're saying 3 (percent) but I say 4 over the next few years. And I say there's no reason we shouldn't be able to get at some point into the future to 5 and above.

Here is a graphical depiction of Trump’s 4% forecast (teal), as compared against the January 2017 CBO projection (red), WSJ April survey (blue), and a time series model. 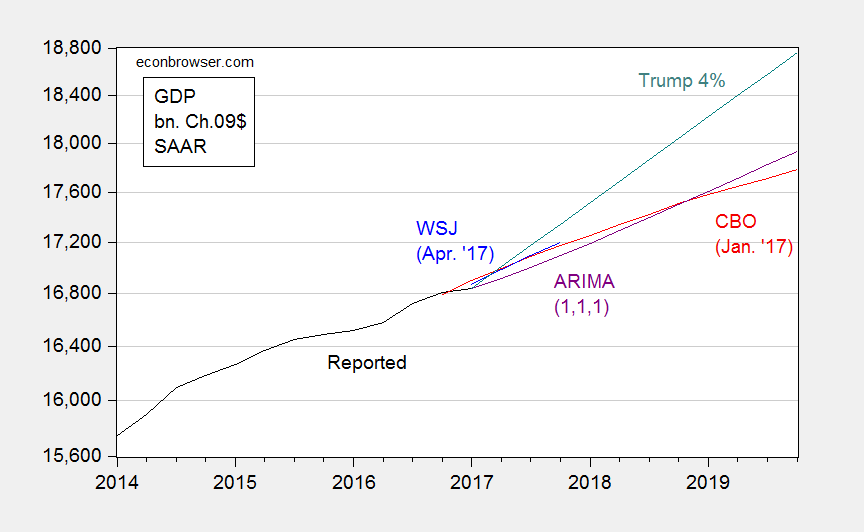 Note that a 4% growth rate collides with current estimates of potential, or “full employment” GDP; by the 3rd quarter of 2017, the economy would be above estimated potential, if 4% growth were to apply in 2017Q2 and onward. 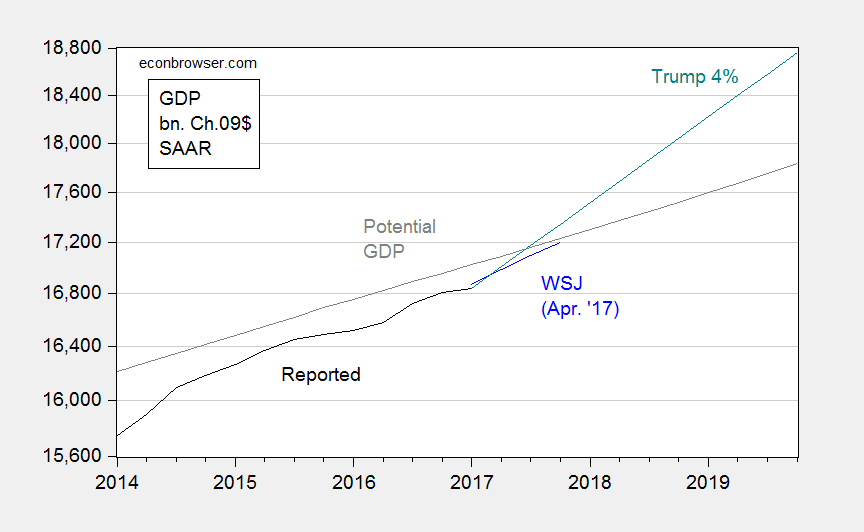 A short term boom of 4% growth is possible, in the short term (say quarter or two), given a sufficiently reckless expansionary fiscal policy, but a more durable one will encounter one of two obstacles: a Fed operating on something like a Taylor rule, or barring that, a long run aggregate supply curve that is vertical (the short run might be kinked as well, so that the boom would be even more short-lived).

Now, it’s certainly possible that CBO’s estimate of potential GDP is way too low. Or that potential GDP growth will accelerate rapidly with Trumponomics. The following graph should dispell notions of 3-4% sustained growth: 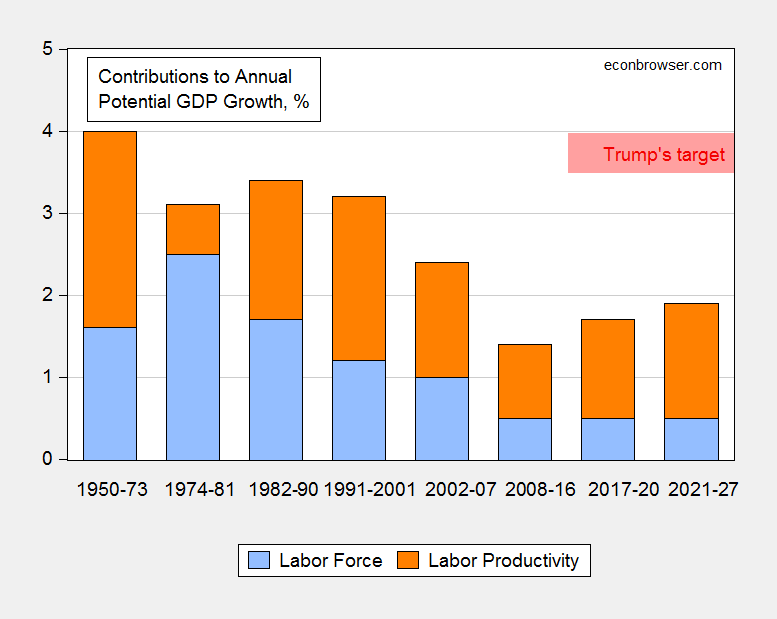 I attended a conference recently, where I met an eminent fellow macroeconomist, whose first sentence out of his mouth (after a greeting) was the question: “Is Trump delusional?” If Mr. Trump really believes sustained 5% is possible, a reasonable person would answer that question with a “yes”.