And is over 12,000 below April peak. Private nonfarm payroll employment is also declining, with previous months’ data revised down. 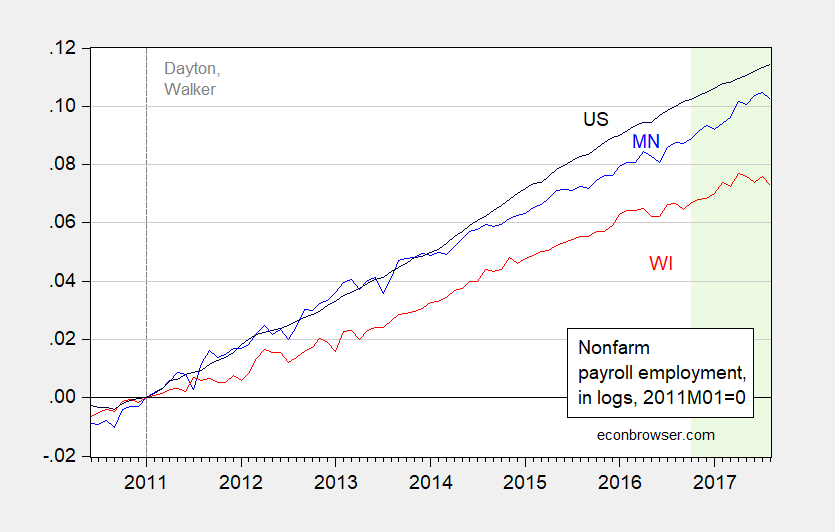 Figure 1: Nonfarm payroll employment in Minnesota (blue), Wisconsin (red), and US (black), all in logs normalized to 2011M01=0. The light green shaded period pertains to data that has not yet been benchmarked using QCEW data. Source: WI DWD, MN DEED, BLS and author’s calculations. 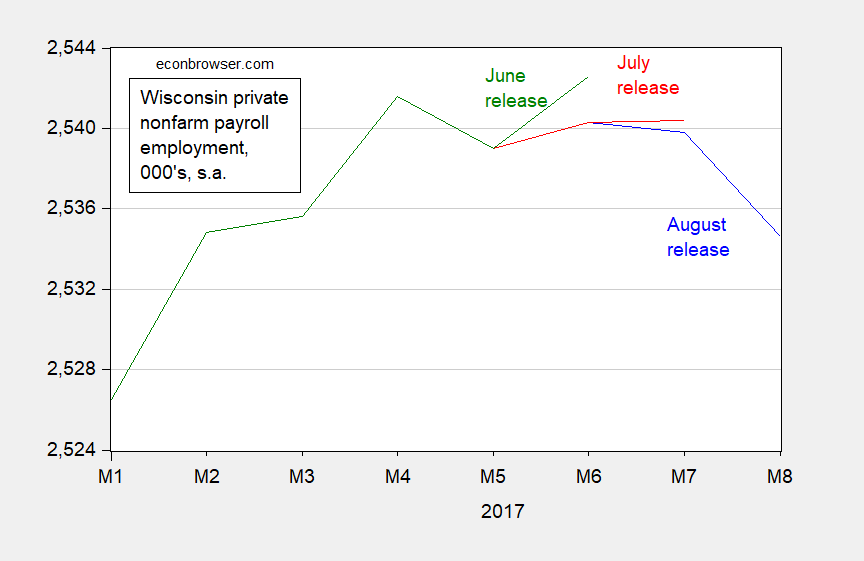 In news released last week, Wisconsin ranked 30th among states in terms of private sector job annual growth as measured by the Quarterly Census of Employment and Wages (QCEW), through March 2017. Recall, this was what the Walker Administration previously called “the gold standard” of employment measures (it is a census, as opposed to a survey).