I received this message from USDA yesterday; it reminded me of some other adjustment costs of climate change.

U.S. Secretary of Agriculture Sonny Perdue today announced that wildland fire suppression costs for the fiscal year have exceeded $2 billion, making 2017 the most expensive year on record. Wildfires have ravaged states in the west, Pacific Northwest, and Northern Rockies regions of the United States this summer.

Below are annual and year-to-date (14 September) data on acres burned. 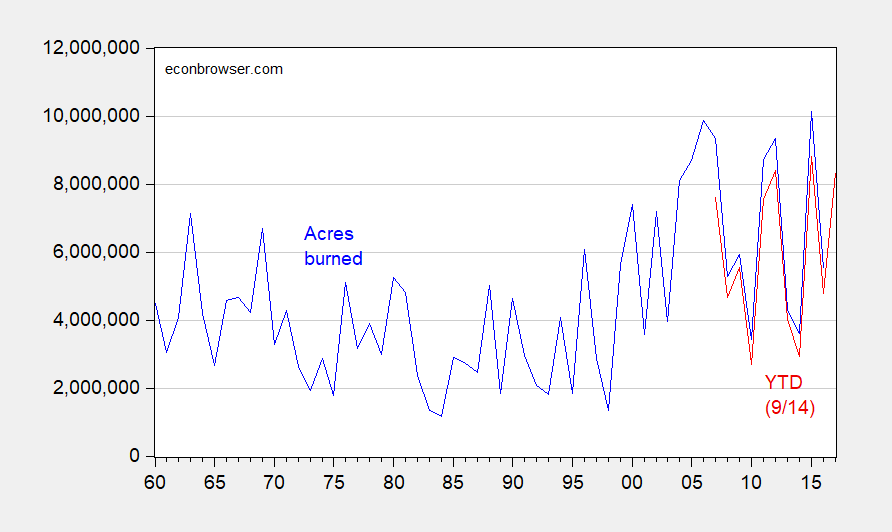 Total acres burned (through 2016) and fire suppression costs (USDA-Forest Service, Department of Interior), deflated by CPI into 2016$, are shown in Figure 2. 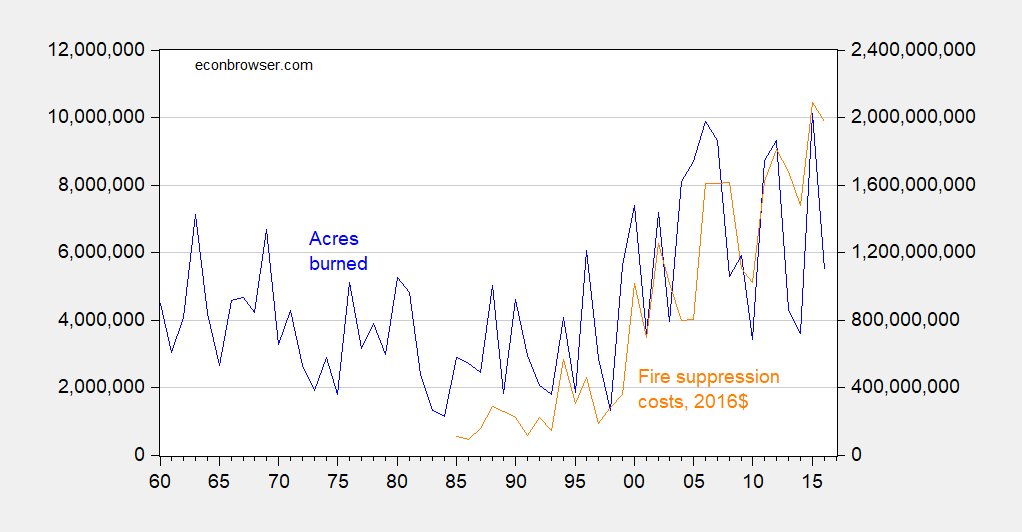 But remember: “Global warming is a total, and very expensive, hoax!”!!!