Signs are the putative Republican “deficit hawks” are about to sign away whatever integrity they had. What are the implications for the deficit going forward, keeping in mind the fact we are near or at full employment. 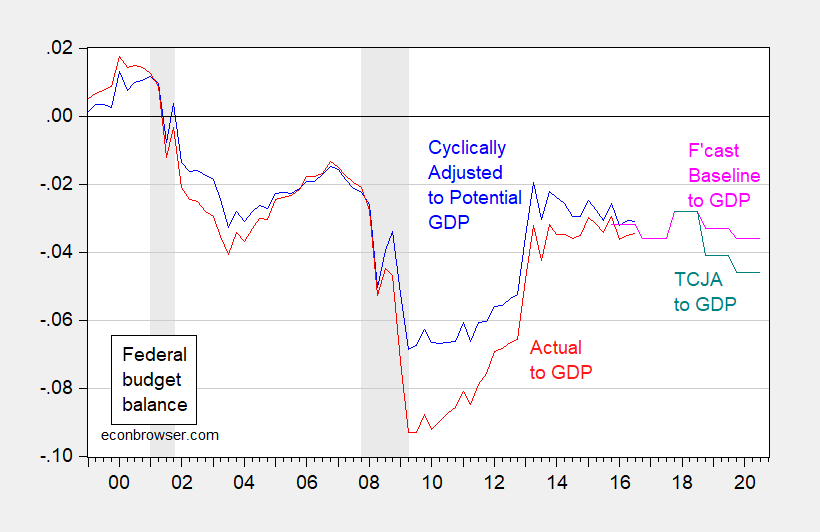 The projections here do not incorporate dynamic effects. As we now know, mainstream analysis as incorporated in the JCT score, the deficit will still increase relative to baseline. The Tax Policy Center finds even less dynamic feedback effect, and hence larger deficit impacts than the JCT analysis. (Just for completeness, the JCT/CBO static score indicates a deficit over 6% of GDP by FY2027.)

What happens if we hit a recession along the way? Since the baseline forecast assumes the economy at near full employment, the teal line is the cyclically adjusted budget balance as ratio to potential GDP under implementation of TCJA and static score.