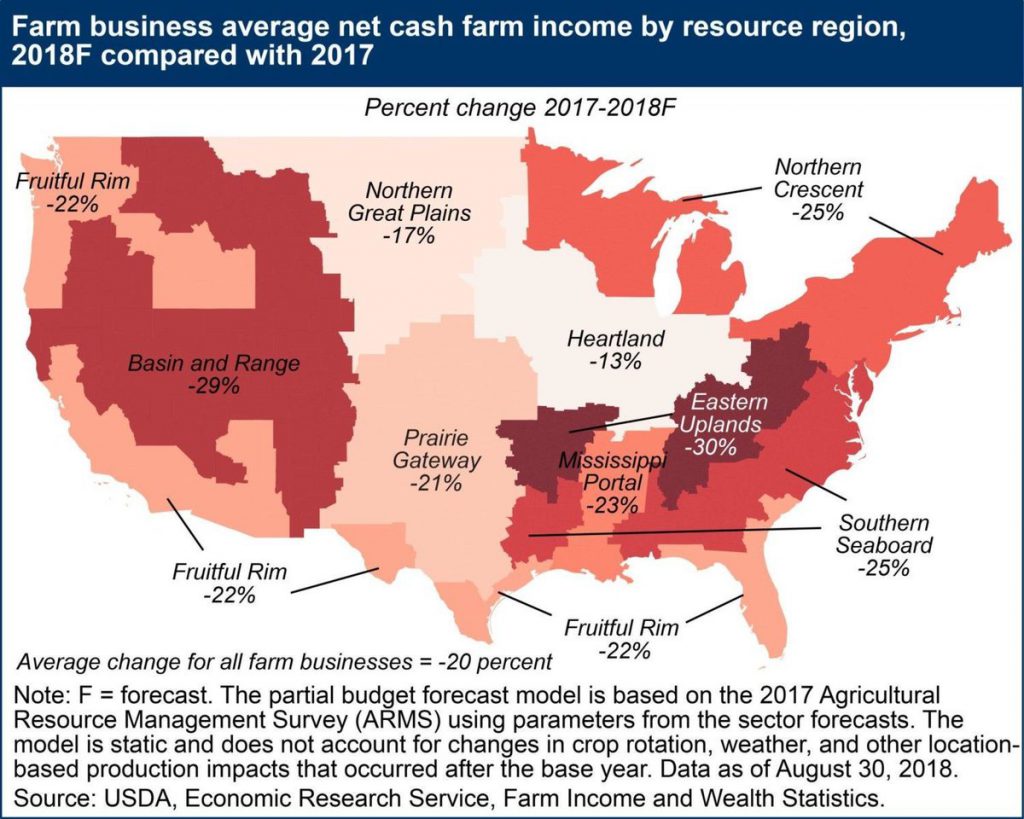 Tariffs imposed as retaliation for US tariffs worsen the US terms of trade (i.e., lower ag export prices), and a strong dollar lowers US ag prices. Rising interest rates due to the collision of monetary and fiscal policies worsens the debt service load of the ag sector, while reducing farmland prices.

15 thoughts on “Farm Country Gets What It Voted For”