That’s the title of my new paper with Hiro Ito. The US current account deficit (as a share of world GDP) remains, but China’s surplus shrinks… 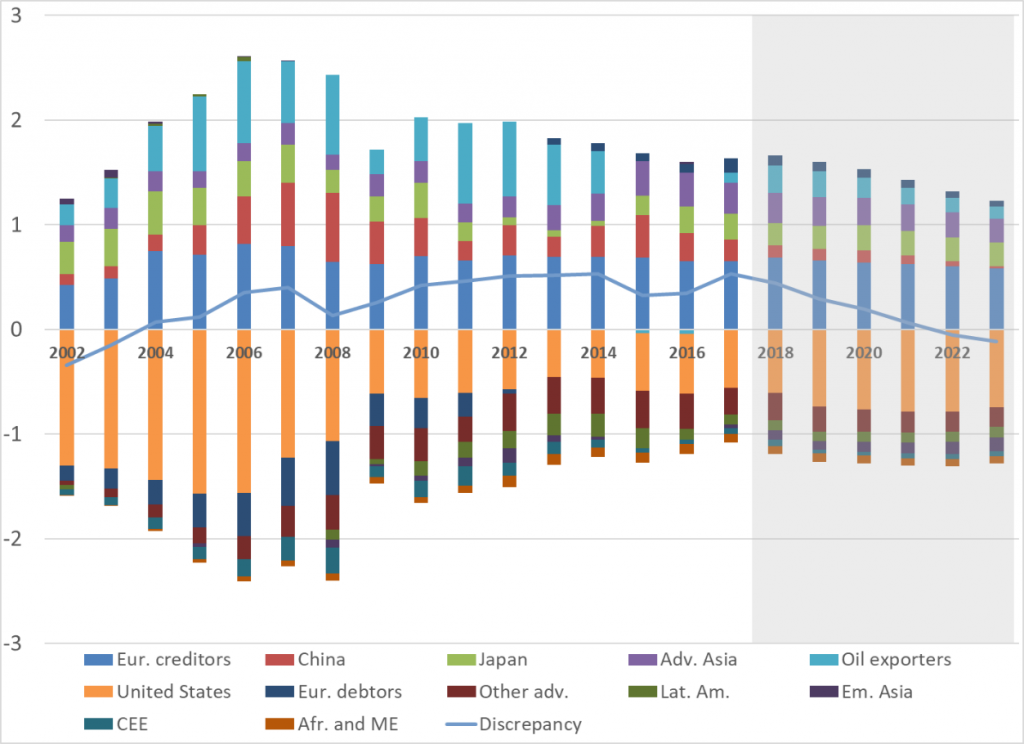 While the imbalances havea reappeared (see my Jackson Hole paper), the dispersion of current account imbalances has not yet come close to that witnessed in 2007, on the eve of the Great Recession. 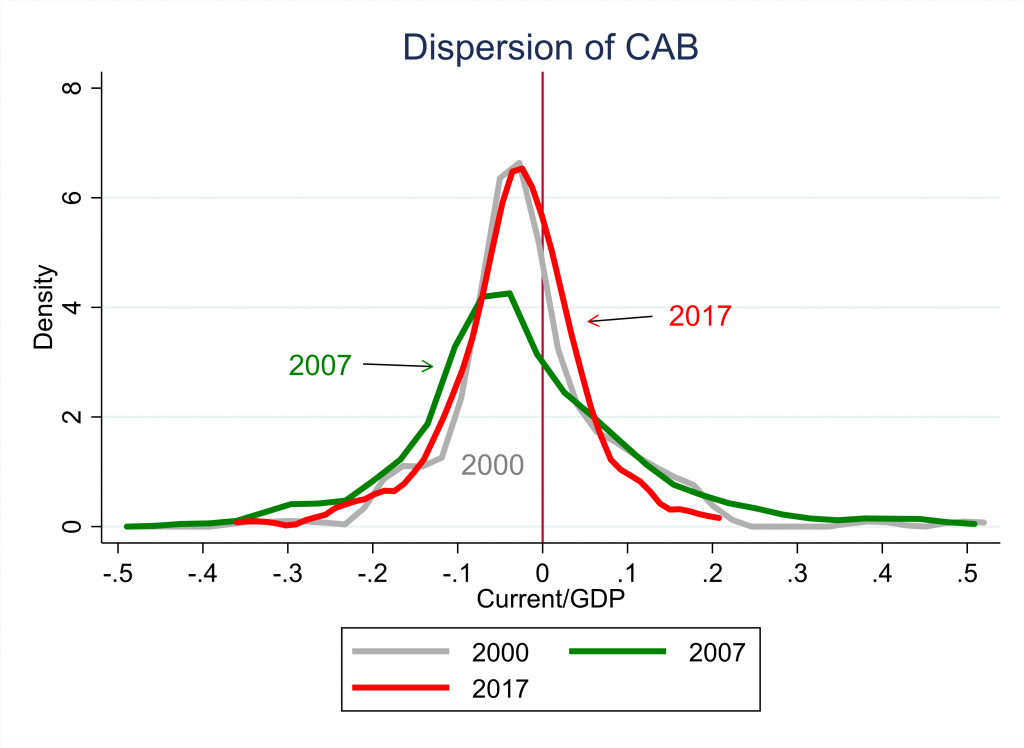 From the abstract of the paper:

More, from the IMF, here and here. Ito and I are currently working on a companion paper, examining how components of the current account respond differently to shocks.

15 thoughts on ““A Requiem for “Blame It on Beijing”: Interpreting Rotating Global Current Account Surpluses””