Just updated/cleaned and extended the survey and forward rate data used in Chinn and Frankel (2019) (discussed in this post). Here are preliminary results regard forward rate bias, both pre- and post-crisis. 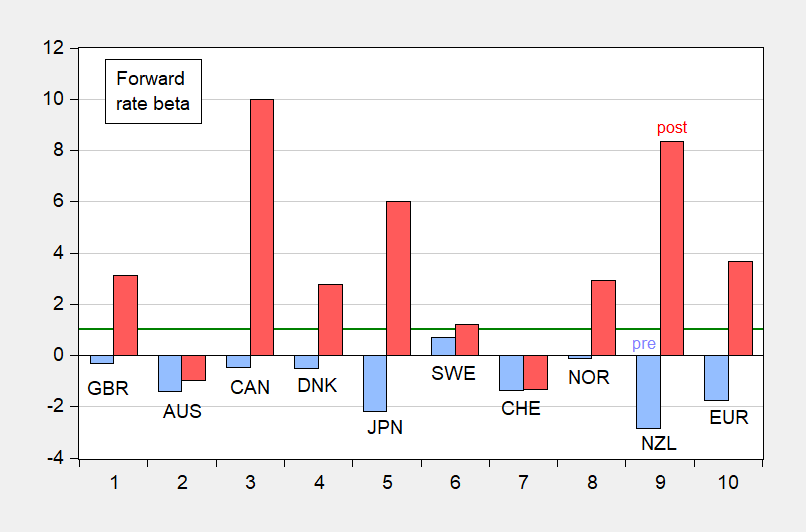 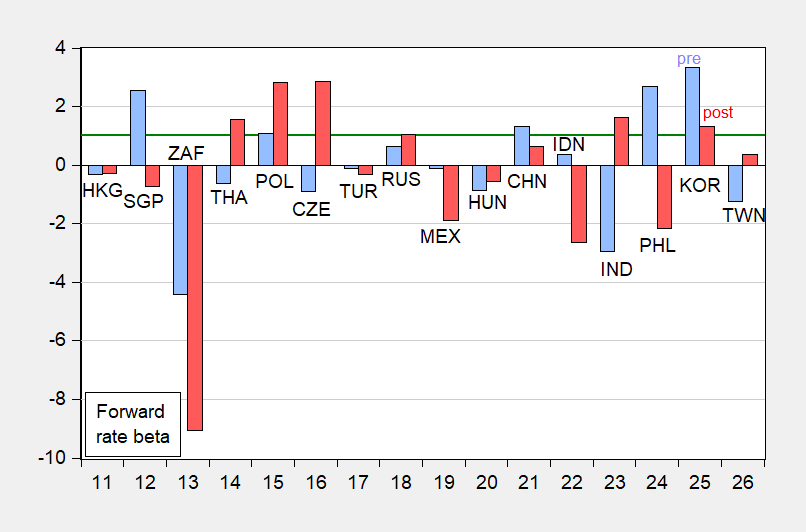 Notice that in Figure 1, focusing on advanced country currencies, slope coefficients are typically positive in the post-crisis period, while negative in the pre-. This result is consistent with the findings in BCFH (2018), discussed in these posts [1], [2], and at VoxEU, to the extent that covered interest parity holds.

In Figure 2, much more varied experiences are recorded for both pre- and post- crisis for emerging market currencies, suggesting that the advanced economy experiences are not generalizeable. In part, this might be due to covered interest parity not holding as a result of capital controls. Or, the relative importance of monetary vs. real shocks might be the culprit. These issues will be the subject of further research using this data set.