Industrial production, personal income ex-transfers, and Macroeconomic Advisers’ monthly GDP are all below recent peak; manufacturing and trade industry sales and nonfarm payroll employment are still rising (although barely, in the latter case). Here’s a graph of these five indicators. 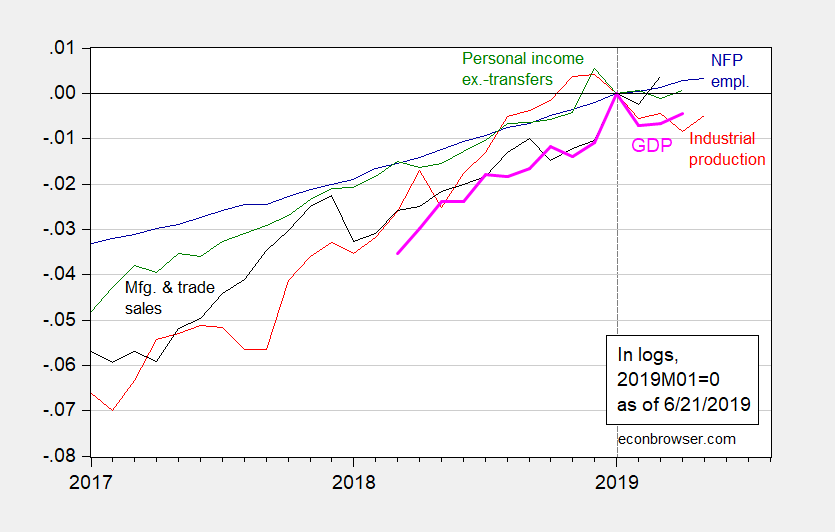 The first principal component of the four BCDC indicators (NFP, IP, pesonal income, sales) has been flat since January 2019.

I haven’t updated the prospective recession indicators shown in this post, but here are the term spreads and uncertainty index for this year. 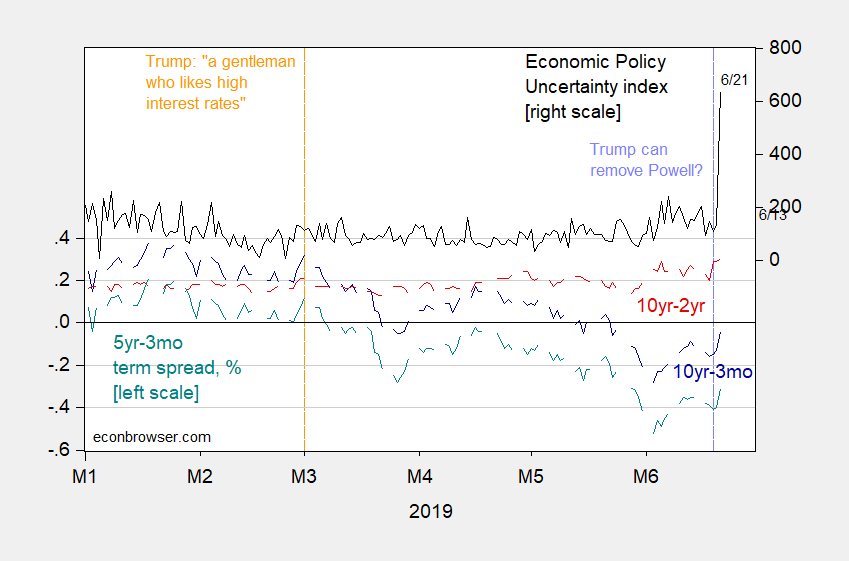 Despite the very recent shrinking in the 10yr-3mo spread, the spread has been inverted for nearly a month now.