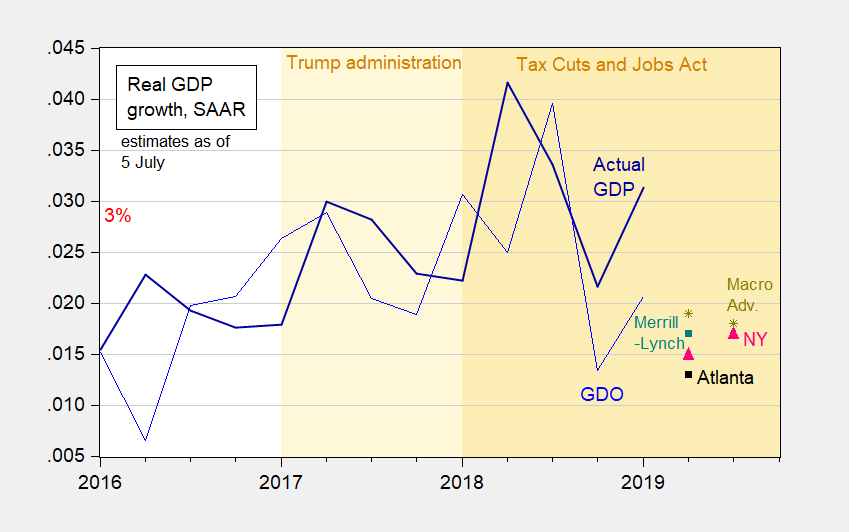 What is the Trump factor in all this. The Tax Cuts and Jobs Act is the signature legislative accomplishment of the Trump era. Goldman Sachs’s estimated the impact of the TCJA on GDP as follows: 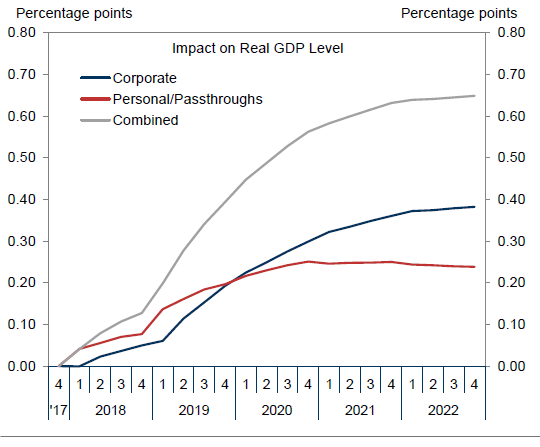 If these estimates are correct, then we can back out an implied counterfactual GDP path that does not incorporate passage of the TCJA. This is shown in Figure 2 (where I have used the Macroeconomic Advisers’ forecasts through 2019Q3). 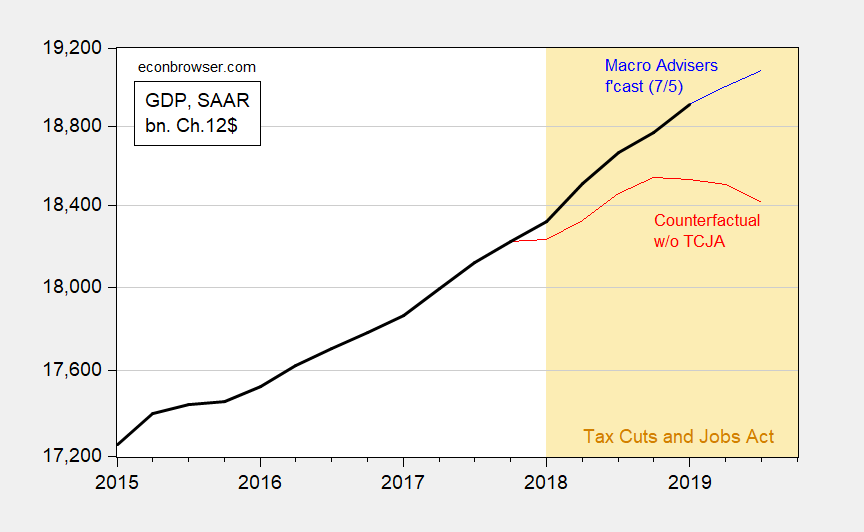 The decline in equipment investment suggests that the Trump factor includes other components; one highlighted in my previous discussions is heightened economic policy uncertainty. 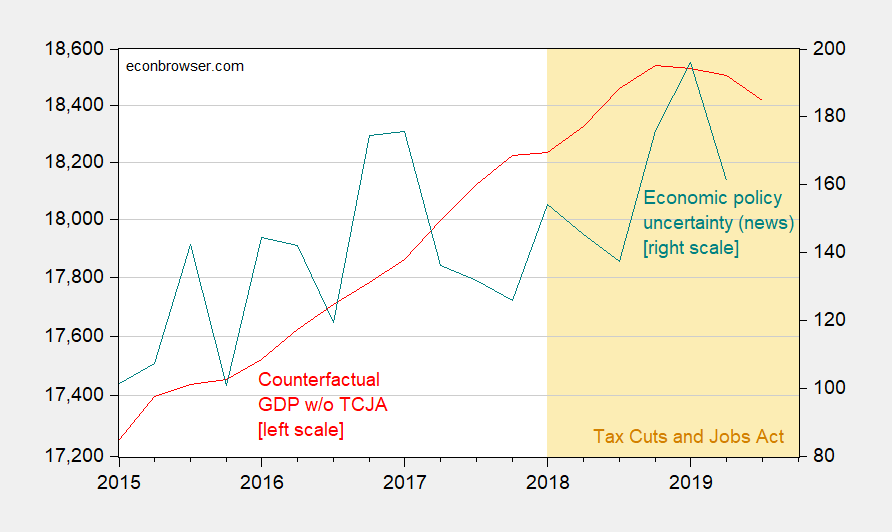 The decline in counterfactual GDP coincides with the elevation of economic policy uncertainty. And that phenomenon has much to do with Mr. Trump.

87 thoughts on “Of Sugar Highs, Uncertainty, and Recession”