As confusion about the possibility of a trade deal between Washington and Beijing reigns, Chinese soybean buyers are taking no chances and are turning to U.S. rivals in South America to secure supplies for next year. 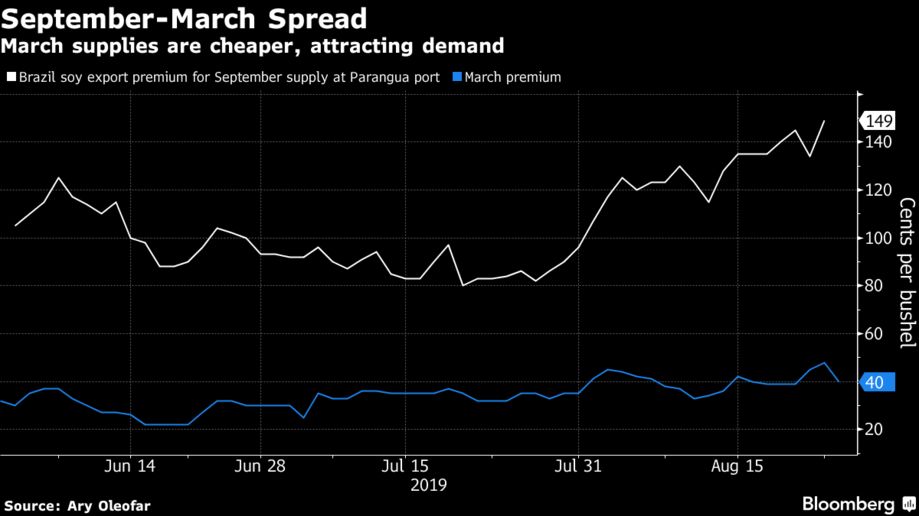 So despite Trump’s assertion the Chinese “want deal”, what some people characterize as a price “blip” continues.