From Mr. Trump’s speech at the Economic Club of New York yesterday:

…we’ve added nearly $10 trillion of new value to our economy. That’s in a short period of time. Remember, I only use numbers from the time of the election because I can’t go to January 20th. It’s not fair. We picked up tremendous stock market and economic numbers. They actually went wild the day after I won.

Where does this number come from? I downloaded household holdings of corporate equities, from the Fed’s Flow of Funds release, FRED series HNOCEAQ027S, which extends to 2019Q2. I extrapolated to 2019Q3 using the SP500 (in a first differences log-log specification 2010-2019Q2, Adj-R2 = 0.60). This yields this graph: 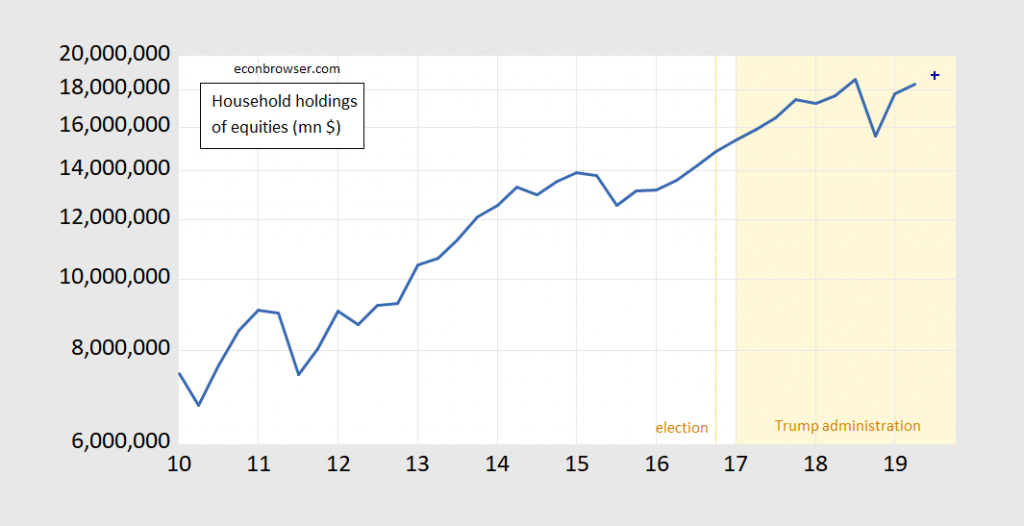 On average, market capitalization has grown a respectable 9.4% per year since 2016Q4 (log terms). In contrast, during Obama’s second term (election to election) capitalization grew 11.3% per year…

On another point, Mr. Trump writes:

Last year, GDP growth matched the fastest rate in more than a decade… 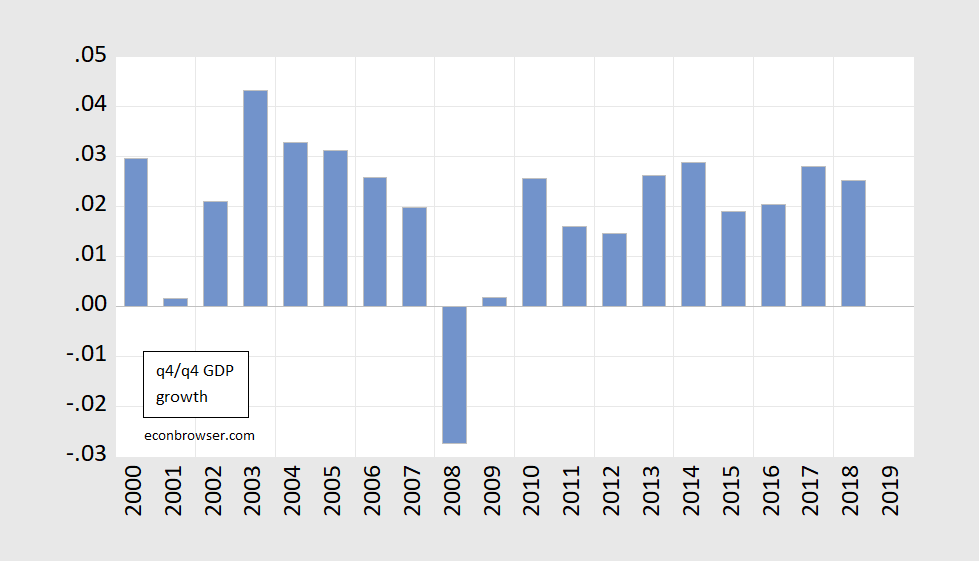 Back when I was on CEA staff (both Clinton and Bush), we meticulously fact-checked each number. Apparently, that is no longer the case in Trump’s 2019. In other, don’t trust a single number that comes out of Mr. Trump’s mouth. (Except when he said “I am the king of debt.“).

82 thoughts on “What Could Trump Have Possibly Meant?”