Question: Shouldn’t we be doing a lot better than Italy and Spain? Could we have implemented a system of social-distancing combined with testing and tracking that would not have entailed an economic shutdown of the current magnitude (i.e., could we have implemented something closer to  what S. Korea did, had we had a competent administration and leader not-in-denial?). 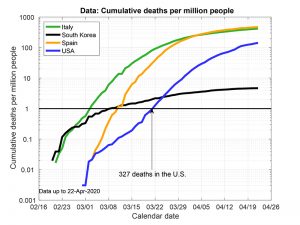 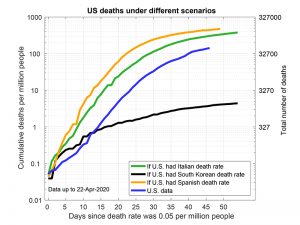 62 thoughts on “What Could’ve Been: Population Adjusted Covid-19 Fatality Rate”