I was wondering about this question as I followed the discussion of how to categorize recoveries. I was reminded by crampell to check the WSJ survey (which requires me to somehow circumnaviate the paywall), and this is what I found. 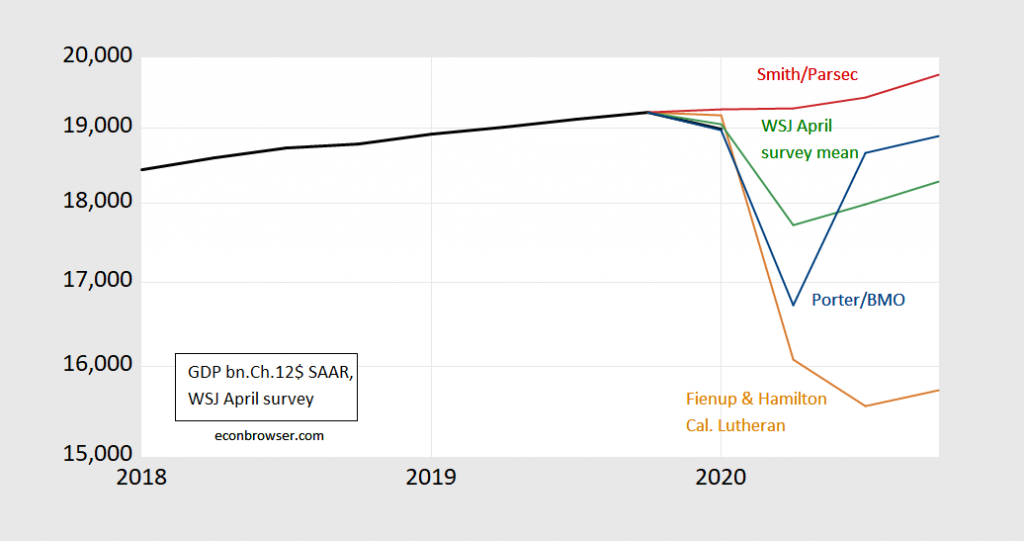 I was, frankly, surprised at how many people thought there’d be a V, even back in early April. At the top of end-2020 q4/q4 growth was a familiar name, James F. Smith at Parsec Financial Management. He has been consistently optimistic, year after year, recession after recession. The most downbeat (on a q4/q4 basis) were Fienup and Hamilton, two analysts at California Lutheran University. The mean forecast as implied by the all respondents was for a 2.2% lower GDP in 2020Q4 than a year earlier. The closest to a “V” in levels was by my assessment Doug Jones at BMO Capital. He forecasted a 40% drop and 54% surge (Q2, Q3), and GDP at end-2020 less than a percentage point lower than at end-2019.

Since April, sentiment has moved more toward the “swoosh” perspective (WSJ today).

The debate over how to characterize the recovery is extensive. I’ll just note a small part I followed, including Jumana Saleheen, Antonio Fatas,  Ricardo Reis (albeit on detrended GDP), and Laurent Ferrara. Salaheen forwards this typology (table), while Ferrara has this paper on formally assessing paths. 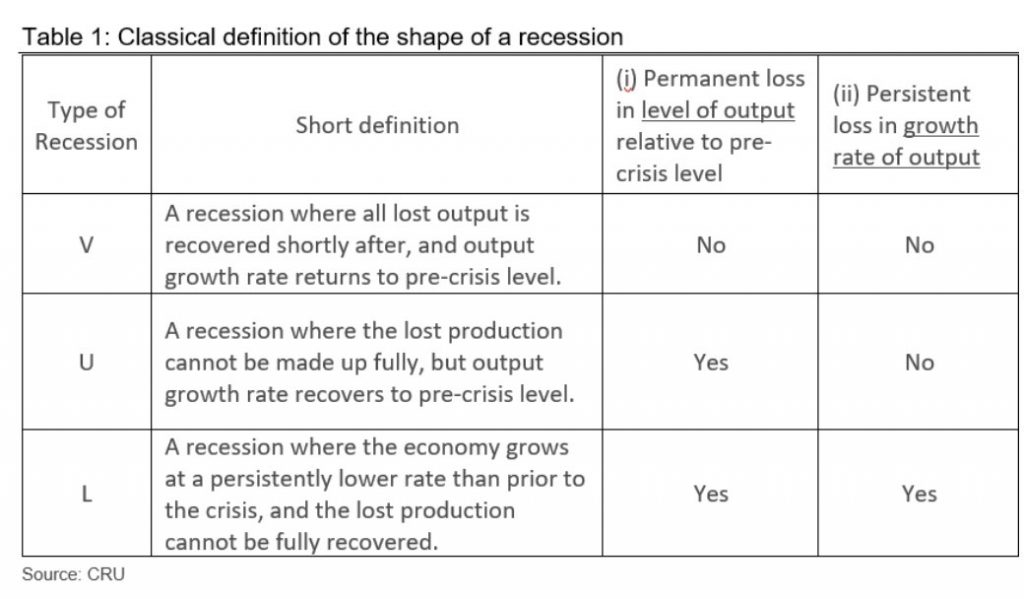 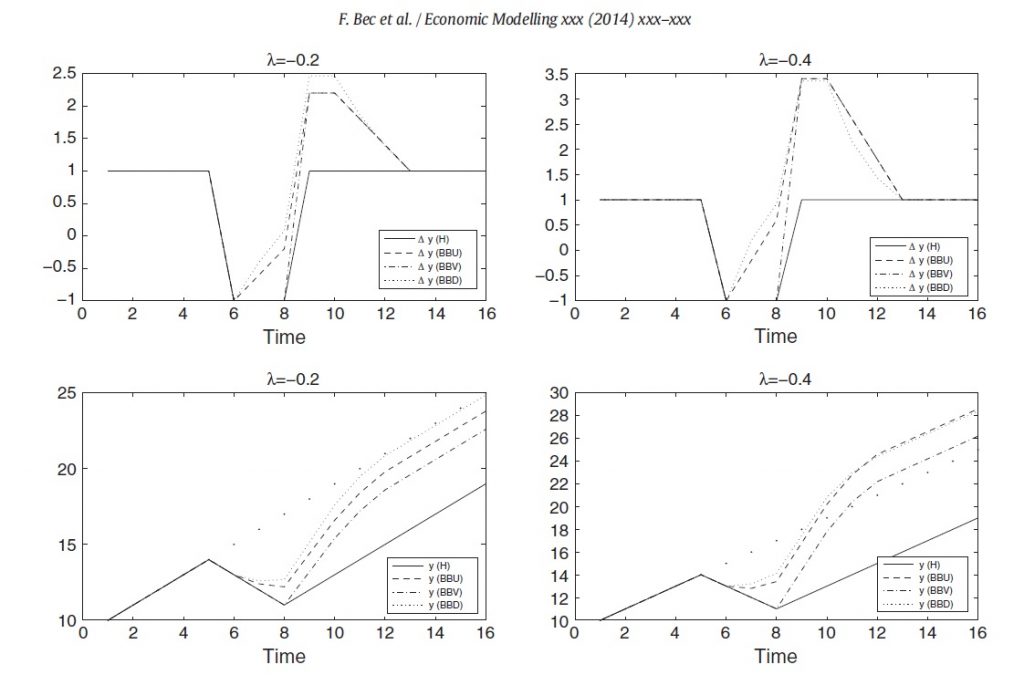 From my view taking into account the politics and policy implementation (that’s what teaching in a policy school will do to you), I’m more with the Deutsche Bank updated “protracted scenario” than the updated “baseline”. In other words, I have no faith in the management capabilities of the current administration. 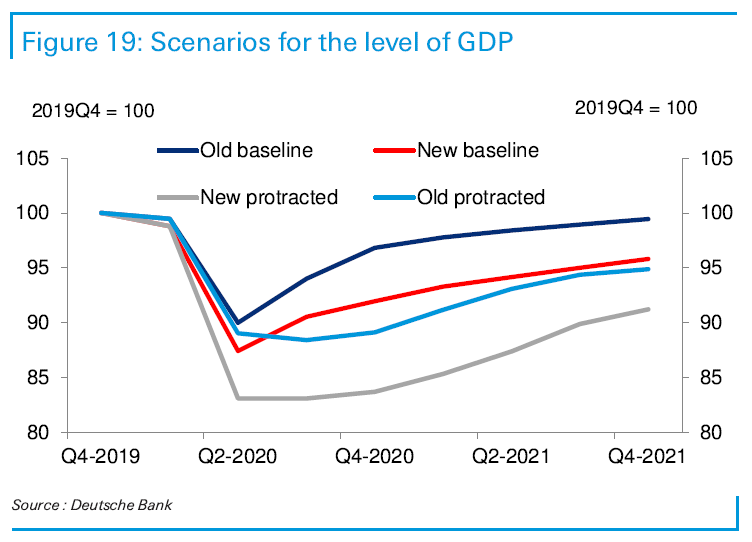 The May survey from the Wall Street Journal should be coming out soon.

101 thoughts on “Who Is Predicting a “V” Shaped Recovery?”