From Wisconsin DWD this afternoon:

[T]he data shows that Wisconsin total non-farm jobs decreased by 14,700 and 2,700 private-sector jobs in the month of October.
Wisconsin’s unemployment rate for October was 5.7 percent, up from 5.4 percent in September.

To me this is a surprising outcome — surprising not because of the decline, but because it came earlier than I anticipated, particularly given the fact that employment continued to grow nationwide. Both establishment survey and household survey data indicate a decline: 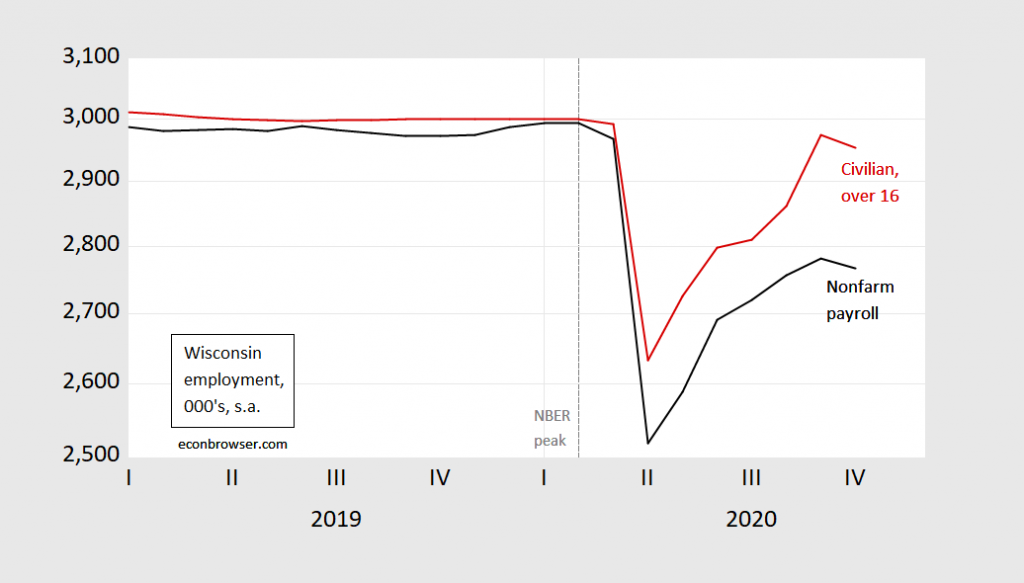 Up to now, September, Wisconsin data had tracked the US data, at least insofar as aggregate establishment data was concerned. That relationship broke down in October. Using a log-first differences specification of Wisconsin NFP on US NFP, 1990-2020M09 (September vintage, released in October), I forecasted: 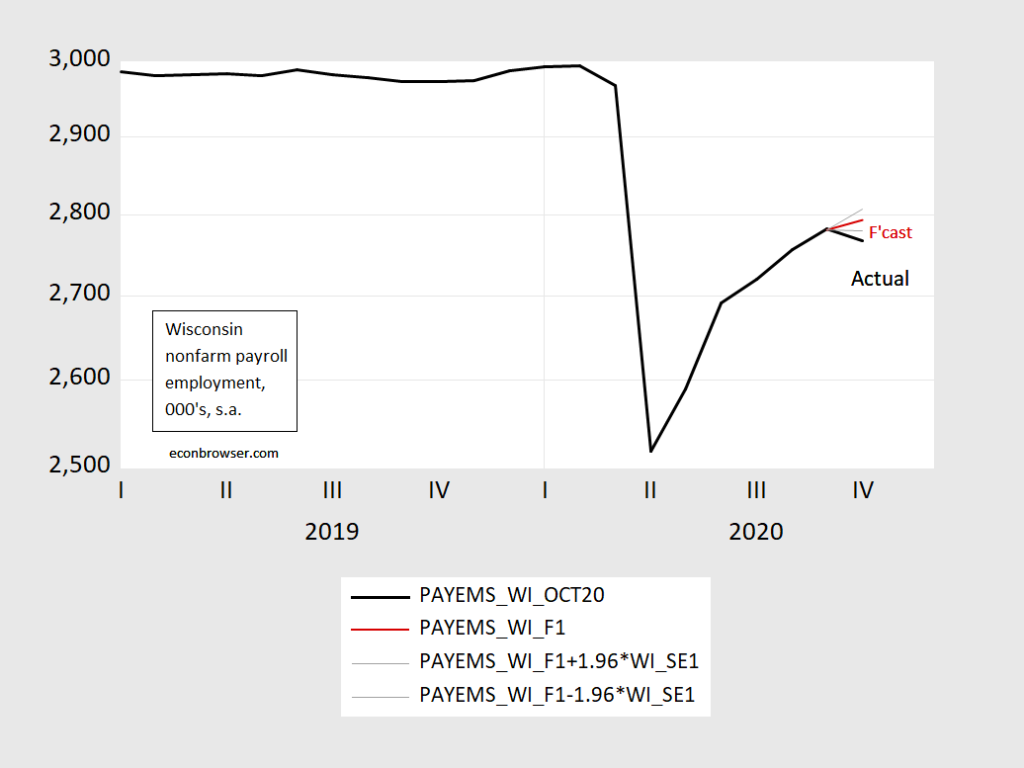 The methodology is described in greater detail in this post.

The actual came out far below the 95% prediction interval. Same is true for private NFP. 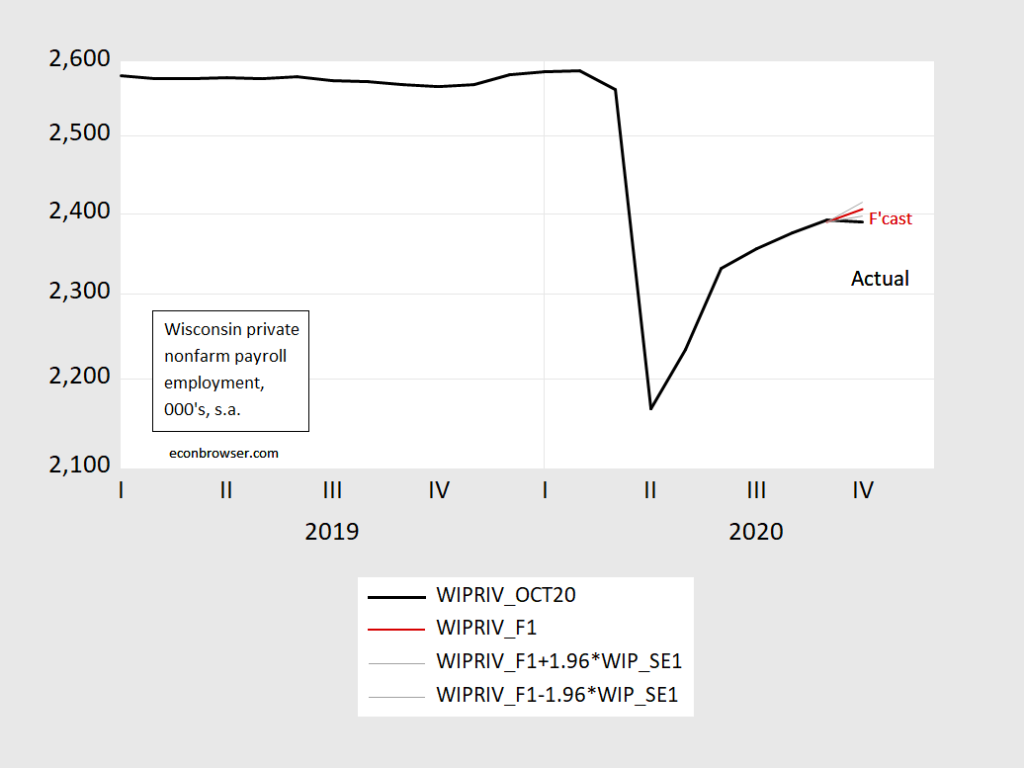 What factors drove this surprising result? Some hint is given by the sectoral location of the job losses: contact intensive sectors, like accommodation and food services, and government employment, particularly at state and local levels. This is shown in Figure 3. 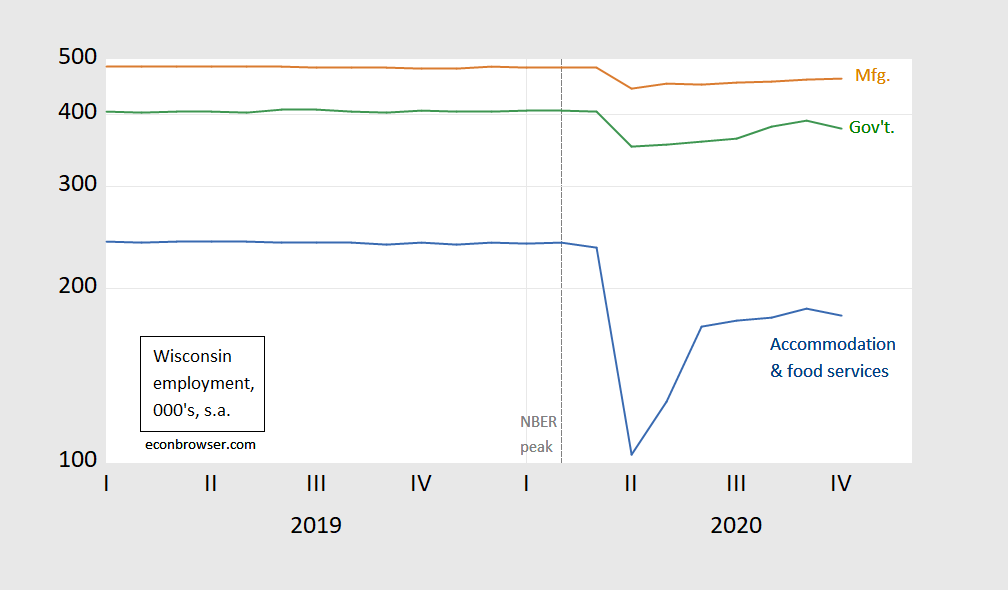 Goods producing based employment continues to rise, while services continue to trend sideways, or decline, at a level far below NBER peak (February 2020) levels. Accommodations and food services employment levels are 25% below peak.

The usual caveats apply: don’t put too much weight on one month’s worth of data, particularly if you want to infer a trend. The data — especially household survey based data — are likely to be revised noticeably. However, as it is, the report confirms the slowdown in the Wisconsin economy. In the absence of Federal action to support state and local government budgets, and Wisconsin legislative paralysis (or is it sloth), it is hard to see a resurgence in growth as infection, hospitalization, and fatality rates continue to climb. 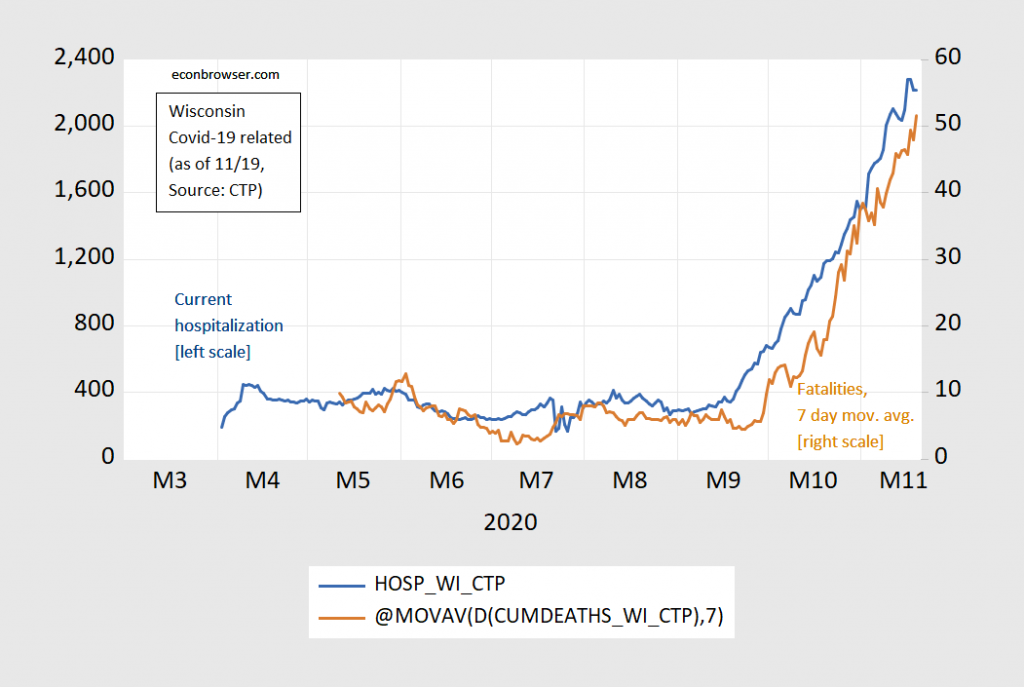 125 thoughts on “Wisconsin Employment Down”