Here is an update to this post, on who’s where at the top of select agencies. 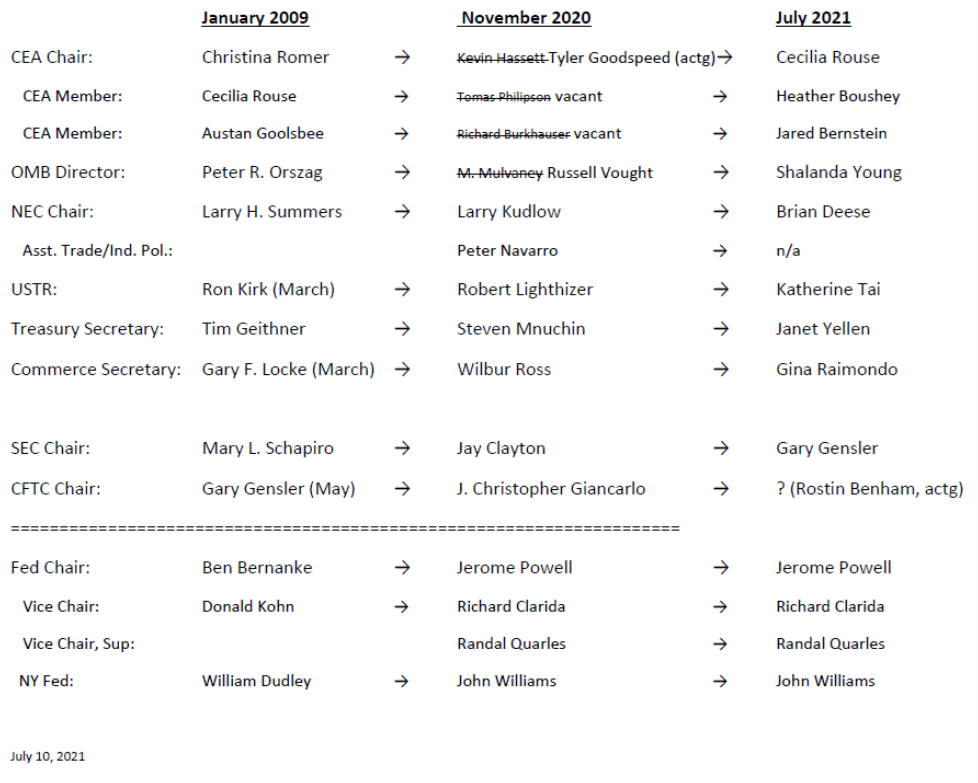 There are many striking contrasts. We go from Kevin Hassett (AEI) to Cecilia Rouse (Princeton), and Steven Mnuchin to Janet Yellen (UC Berkeley/Board/SF Fed/Board) [Econbrowser post].

All I can say is, I’m a lot more confident about things than I was a year ago.

I add this (edited/updated) addendum to my last post on this subject.

PS: I’ll also note that the folks in the previous administration made me waste time figuring out how a border adjustment tax would work (and whether tariffs on Mexican imports could “pay for the wall” since Americans would be literally paying for the tax), forcing me to look up soybean futures over and over again, making me argue with individuals whether soybean futures predicted, forcing me to explain why giving massive tax cuts to high income individuals and corporations was unlikely to presage a new golden era in sustainable growth, etc. etc.

13 thoughts on “Macroeconomic Management in the Biden Administration”