We first constructed the index nearly 20 years ago! See the website for the data. 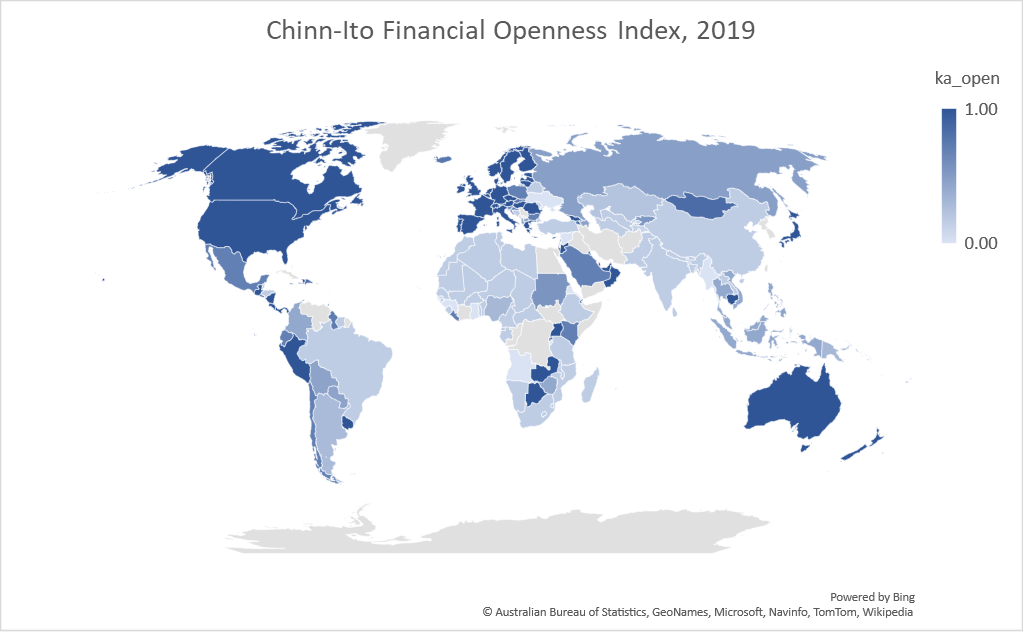 The description of the current dataset is Ito and Chinn (2021).

Hiro Ito and I constructed the index because there was few single, widely available and consistently updated measures of financial openness at the time, with the exception of Quinn’s (APSR, 1997) measure, which at the time was more limited in coverage. Individual dummy variables based on the IMF’s (old) de jure classification of controls (on exchange rates, export proceeds, capital account, current account) didn’t prove informative in one of my early empirical analyses of financial development (Chinn, 2004, ungated version here). The Chinn-Ito index, based on the aforementioned IMF de jure classifications, was converted into a single index using by taking the first principal component (essentially — the capital account component is smoothed), and was developed for a project to assess how financial openness correlates with financial development, published in JDE (2006) (with lots of help from friends, including Ashok Mody, Antu Panini Murshid). 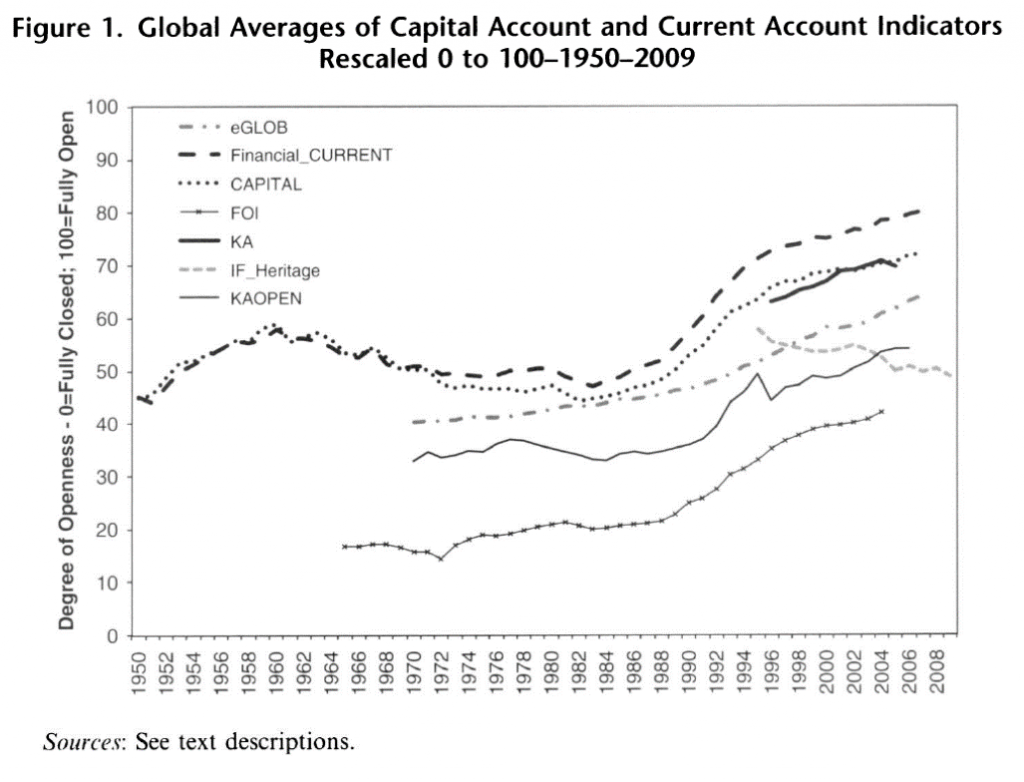 In the aggregate, the measures move together. However, on an individual country-year basis, the correlation of changes in the KAOPEN index and changes in other indices ranges from 0.01 to 0.29 (the latter significantly different from zero).

Here’s a picture of measured de jure financial openness according to the Chinn-Ito KAOPEN index (not normalized to [0,1]. 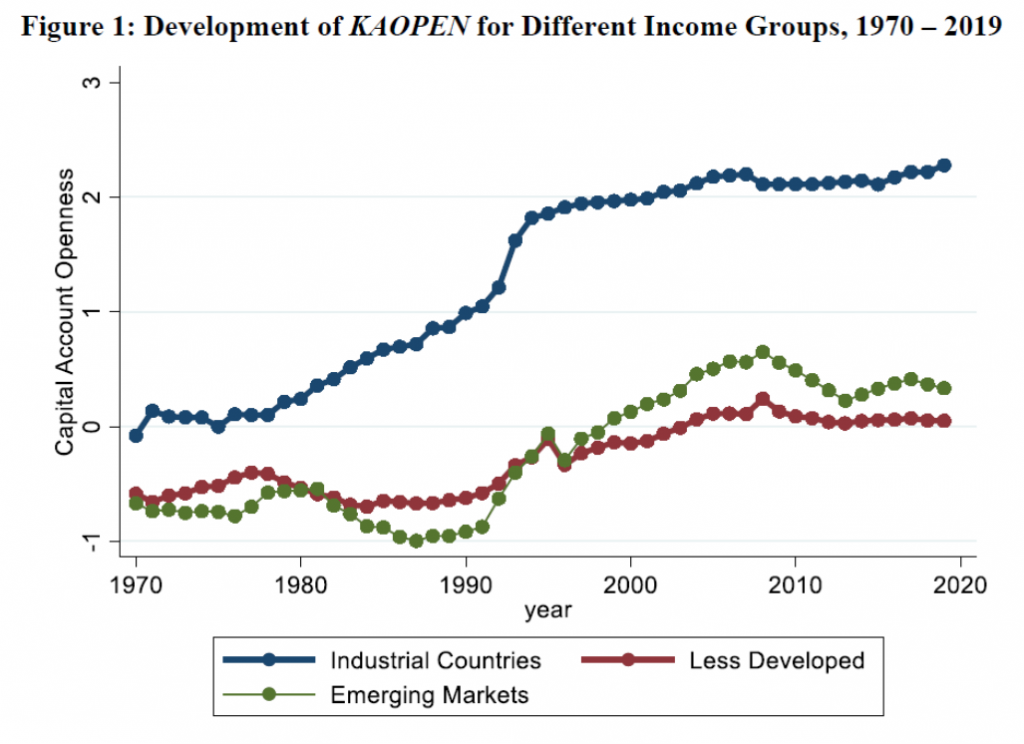 In the aggregate, there’s been some retrenchment in the less developed countries since the global financial crisis in 2008. There’s a less pronounced patter for emerging market economies, but also generally a retrenchment up through 2019. In contrast, after a slight drop, industrial countries have re-attained their previous levels of openness.