A CNN headline notes “A key inflation measure rose at fastest pace in 30 years in July”, with that key inflation measure being the year-on-year (y/y) personal consumption expenditure (PCE) inflation. In point of fact, that headline was actually incorrect as annualized m/m inflation was actually slightly higher in June.  But in any case, by focusing on the y/y rate, they missed the main message In today’s release — that month-on-month (m/m) annualized PCE inflation was down sharply, from 6.6% to 5.1%. Moreover, the core counterpart was also down, from 5.8% to 4.1% (0.3% m/m hitting the Bloomberg consensus on the nose.)

This personal income and expenditures release rounds out the inflation measures for July. Updating the graphs from this August 11th post, we have the following. 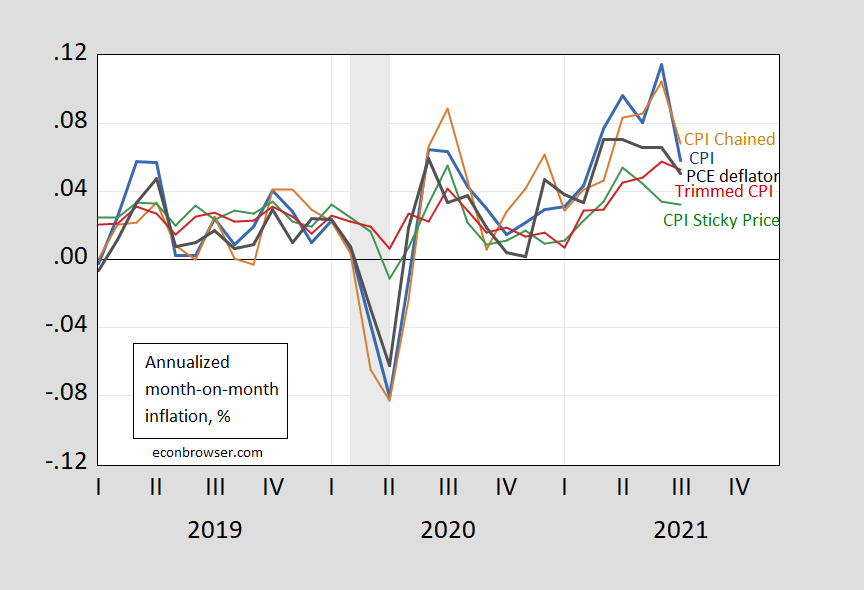 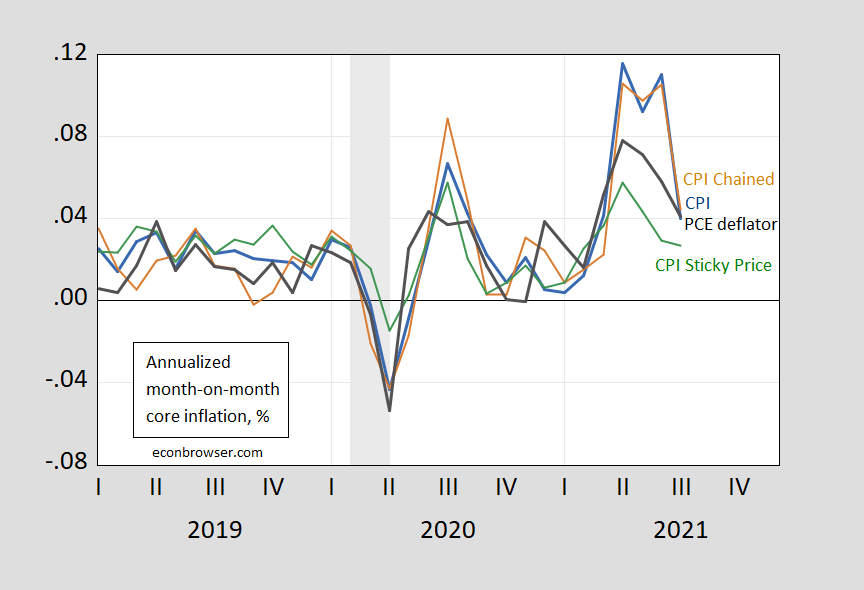 Looking to components of the PCE deflator, every inflation category was down relative to June, except for energy goods and services (rising from 1.5% to 1.6% m/m), and nondurable goods and services, both of which remained constant.

In other words, to repeat the conclusion to my August 14th post, every easily measurable aggregate indicator — CPI, PCE deflator — of m/m inflation  is down.

The 5 year inflation breakeven rose by 3 bps. Nonetheless, the breakeven is still lower than after the July CPI release (and one has to remember that the unadjusted breakeven is a distorted measure of expected inflation, due to inflation and liquidity premia, as discussed in this post). 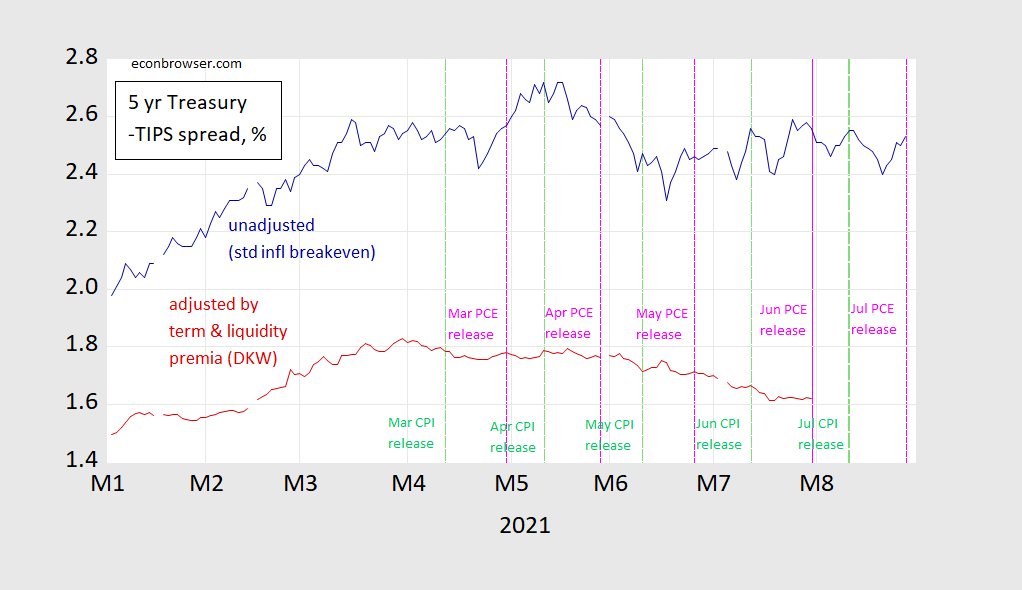 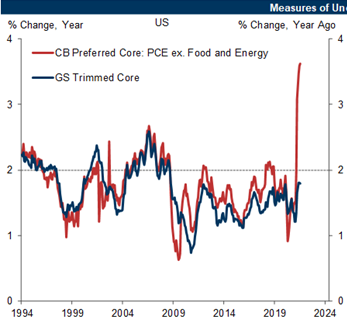 75 thoughts on “Measured Inflation in July”