From Folkerts-Landau and Hooper at Deutsche Bank, yesterday:

…inflation in the US and Europe has now reached levels that have forced the Fed and
the ECB to pivot their monetary policy stances dramatically. As a result, we now
expect the US economy to be in outright recession by late next year, and the EA
in a growth recession in 2024… 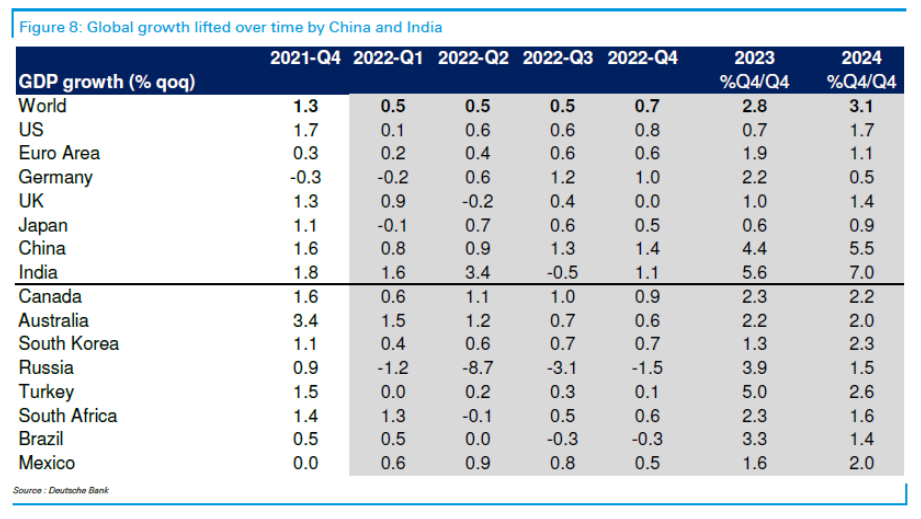 This forecast is considerably more pessimistic than this December baseline, predicting a recession in 2023Q4: 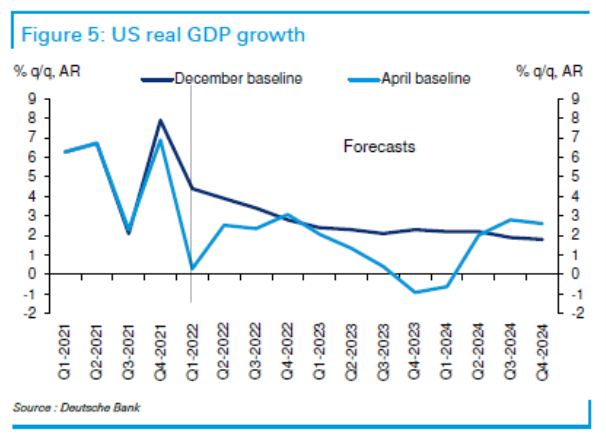 The forecast is also considerably less optimistic than the Survey of Professional Forecaster’s February consensus. Of course, a lot has happened since the SPF forecasts were collected (at end-January). 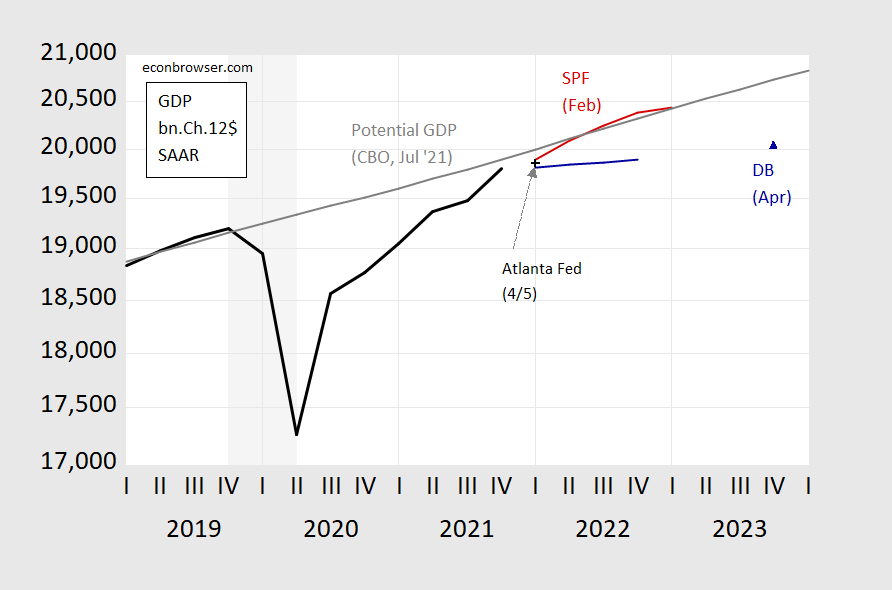 While 10yr-3mo and 10yr-2yr indicators do not suggest a high probability of recession through March 2023 (the 10yr-2yr spread went positive yesterday), the DB forecast for recession in late 2023  pertains to a horizon more than a year out.