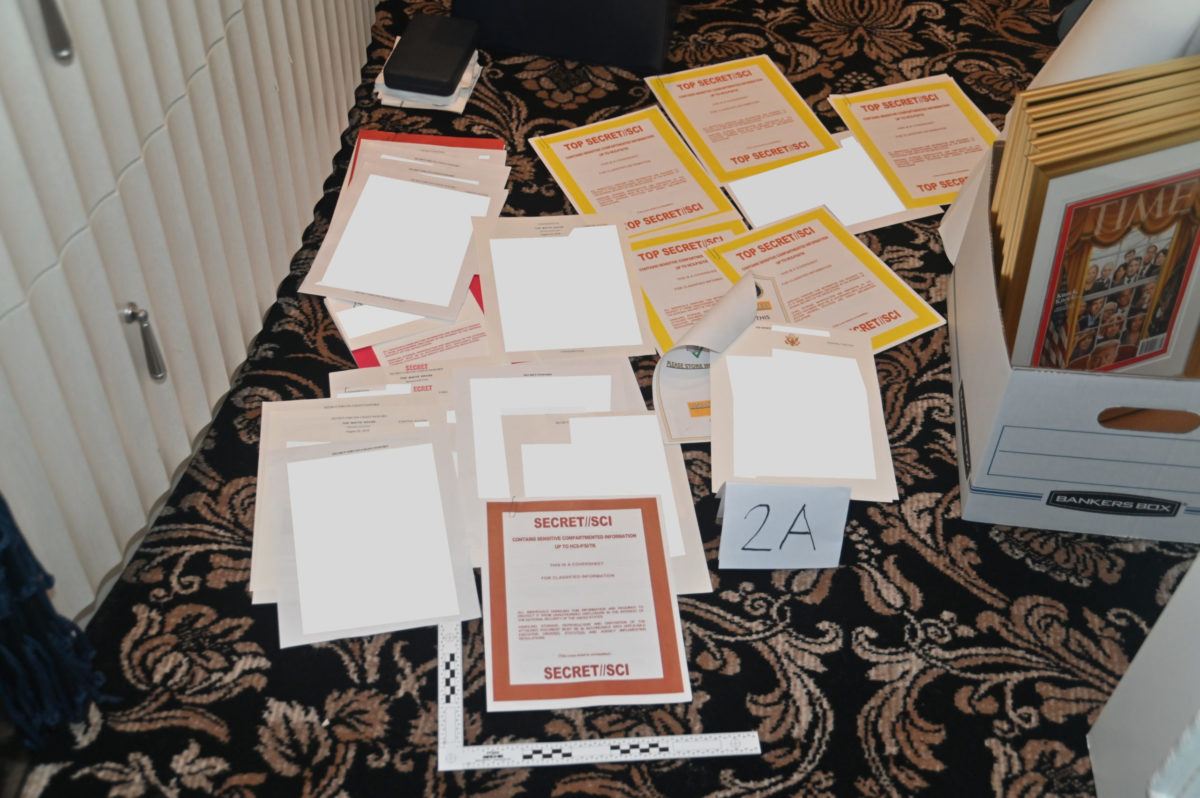 Source: Attachment A to filing UNITED STATES’ RESPONSE TO MOTION FOR JUDICIAL OVERSIGHT AND
ADDITIONAL RELIEF.

For me, the clincher is the carpet. Where else would you find a carpet so tacky?

118 thoughts on “How Do We Know this Photo Was Actually Taken at Mar-a-Lago?”