Some people think we’re in a recession now, some think it’s in the past (we’re currently in H2 2022). With new incoming weekly, monthly and quarterly data, should we still think those views are plausible [follow up on this post]? 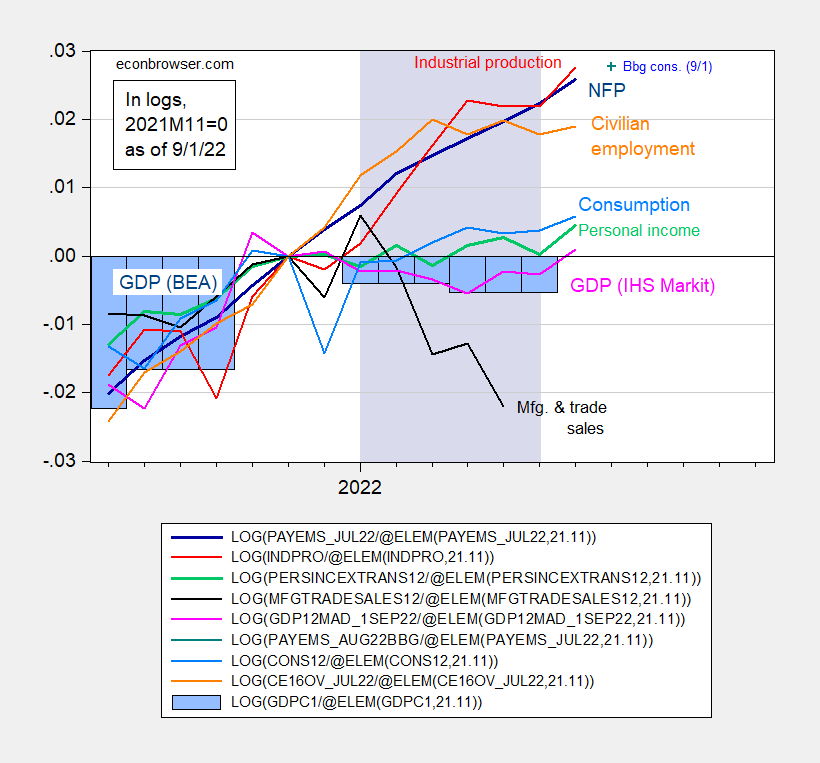 Most of these series are now posted and updated on the St. Louis Fed’s NBER Turning Points dashboard.

From these data, recalling that the NBER Business Cycle Dating Committee (BCDC) does not place great reliance on quarterly GDP (because of the numerous revisions which can either erase a recession, or create a recession, over time — see this post regarding 2001), it doesn’t look like a recession occurred in H1. (The NBER BCDC now places greatest weight on employment and income.) The only clearly downward trending indicator is manufacturing and trade industry sales, and that reflects in part the consumption shift away from goods and toward services. Interestingly, monthly GDP (from IHS Markit, formerly Macroeconomic Advisers) peaked in December of 2021, and then fell in January, March and April (m/m). However, July is higher than April.

Considering that Q2 GDP will get one more revision, before the annual benchmark revision at end of September, it’s useful to acknowledge (again) that GDP is better measured in real time using a combination of expenditure side data (GDP) and income side data (GDI). A 50-50 weighting yields what BEA reports as Gross Domestic Output (GDO), which is only available with the second GDP release. Series that rely upon GDI show a different profile for output than GDP alone — as noted in the recent post by Jacobs, Sarfarez, Sturm and van Norden.

We also know that establishment survey data, while more precisely measured than household survey data, gets revised, and the preliminary benchmark data for March 2022 implies stronger employment growth than previously thought. This point was discussed in yesterday’s post. Putting together our knowledge of GDO and employment, this is the corresponding figure to Figure 1. 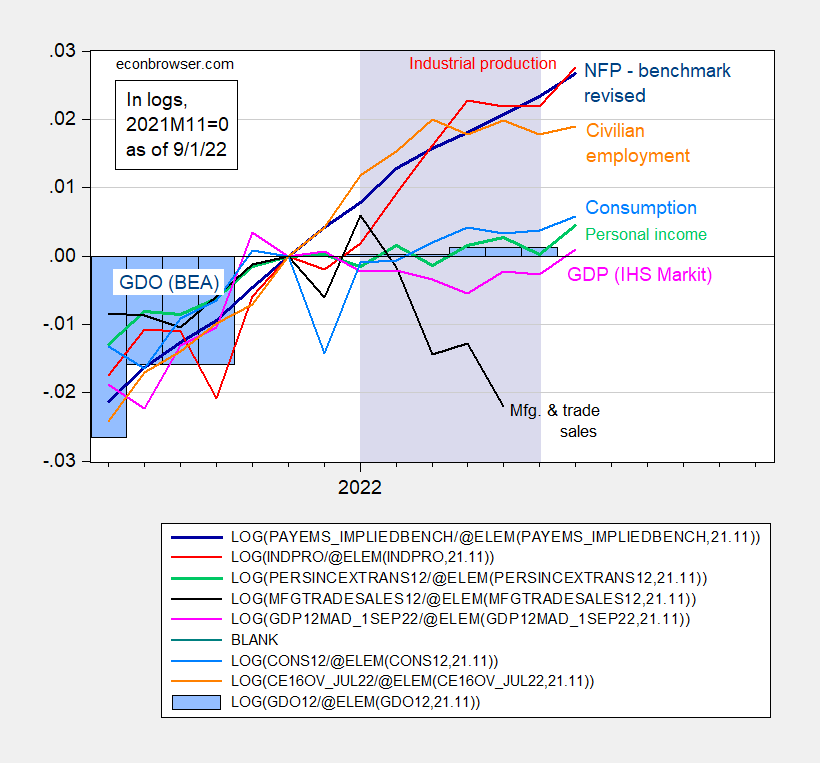 Second, let’s look at the weekly indices. The Lewis-Mertens-Stock Weekly Economic Index for the week ending 8/27 was just released today. With this release, we have the following high frequency picture of the economy. 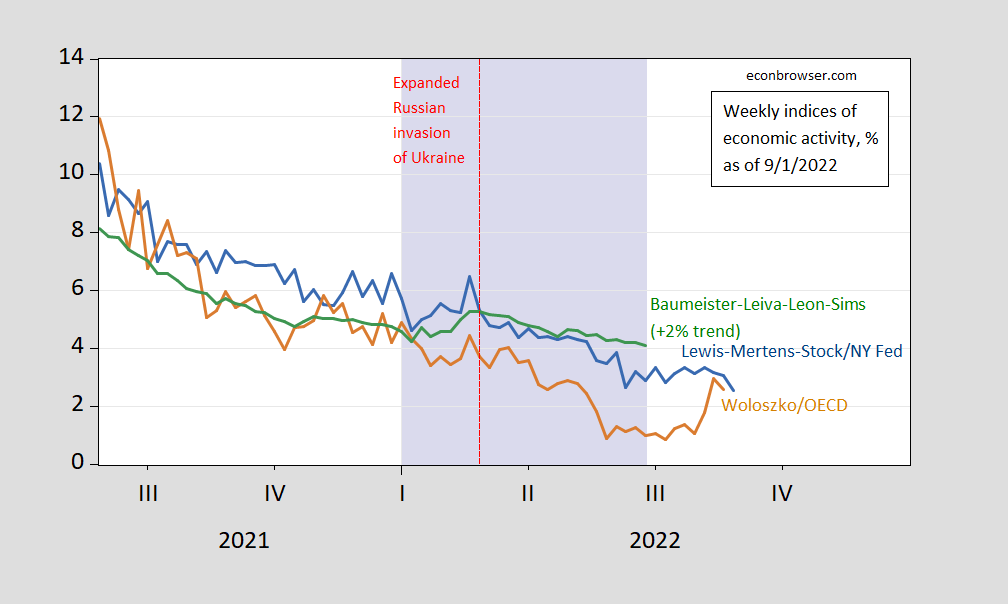