In 2019, Fed economist David Miller undertook a comprehensive assessment of term spread predictive power for recessions (There is No Single Best Predictor of Recessions). For the 1984-2018 period, he found the following: 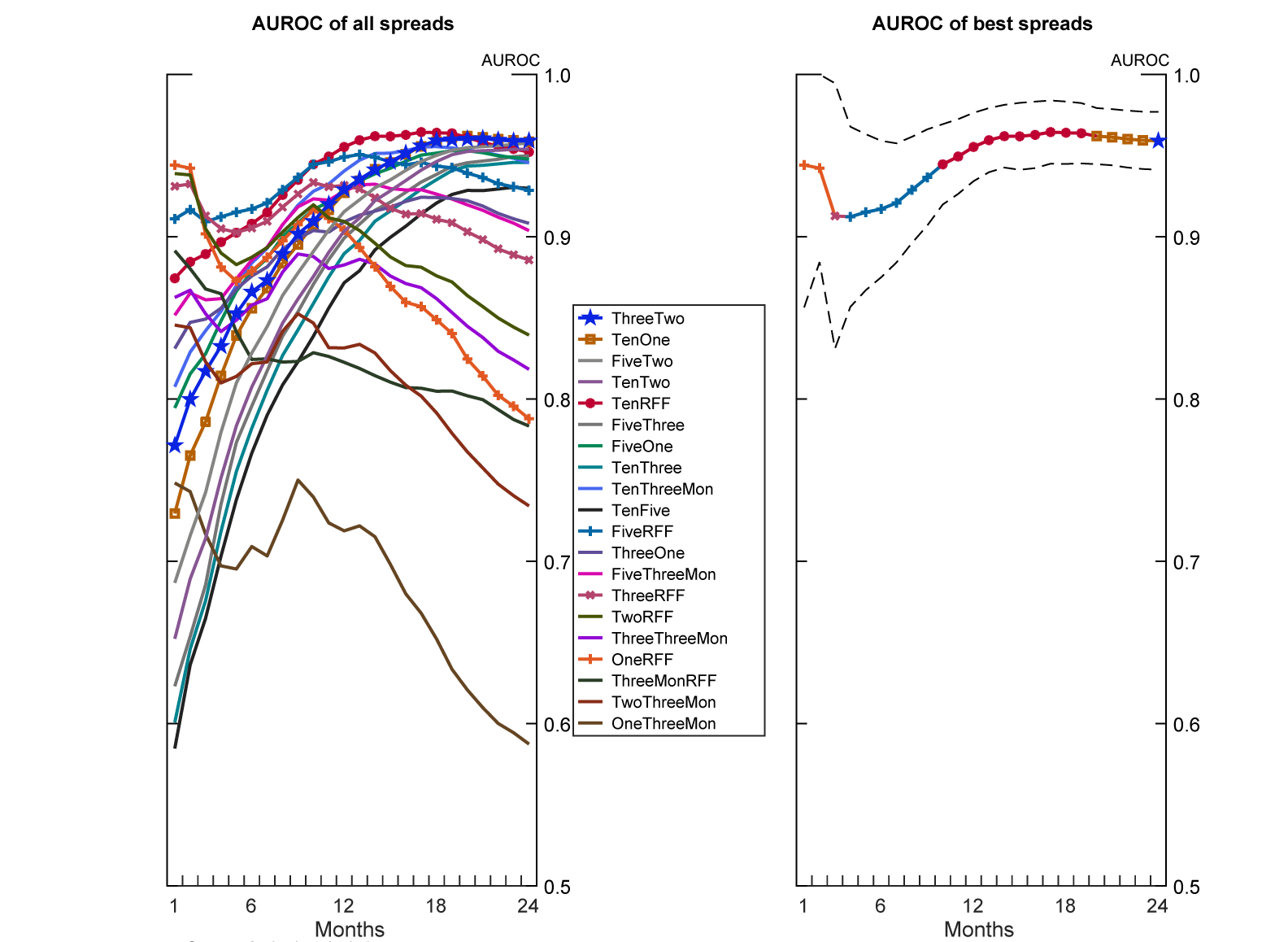 For a discussion of AUROC (Area Under Receiver Operating Characteristics curve), see this post by Jim H.

What do these spreads look like as of Friday? 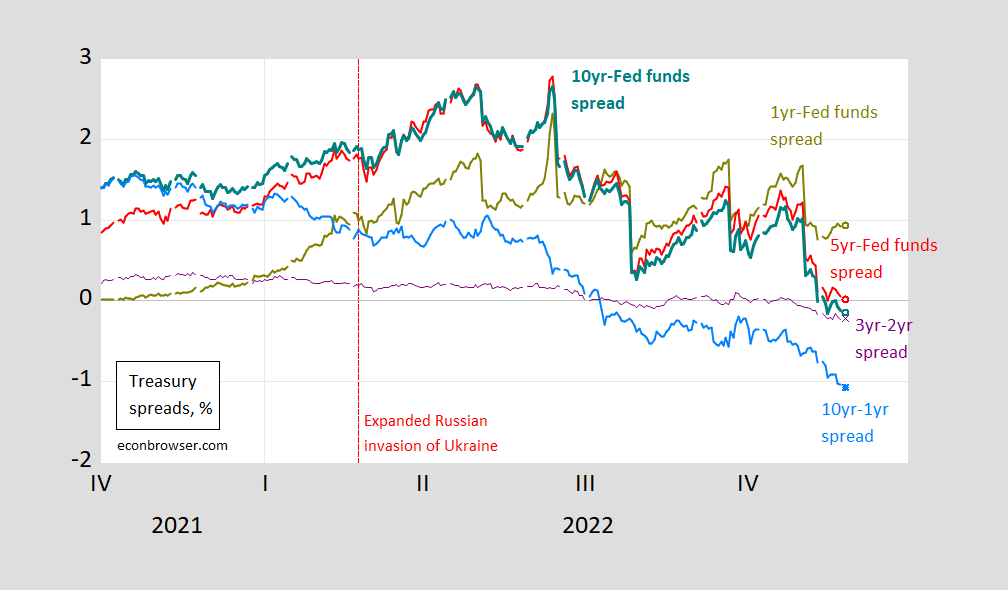 Here by the way are the usual spreads I show: 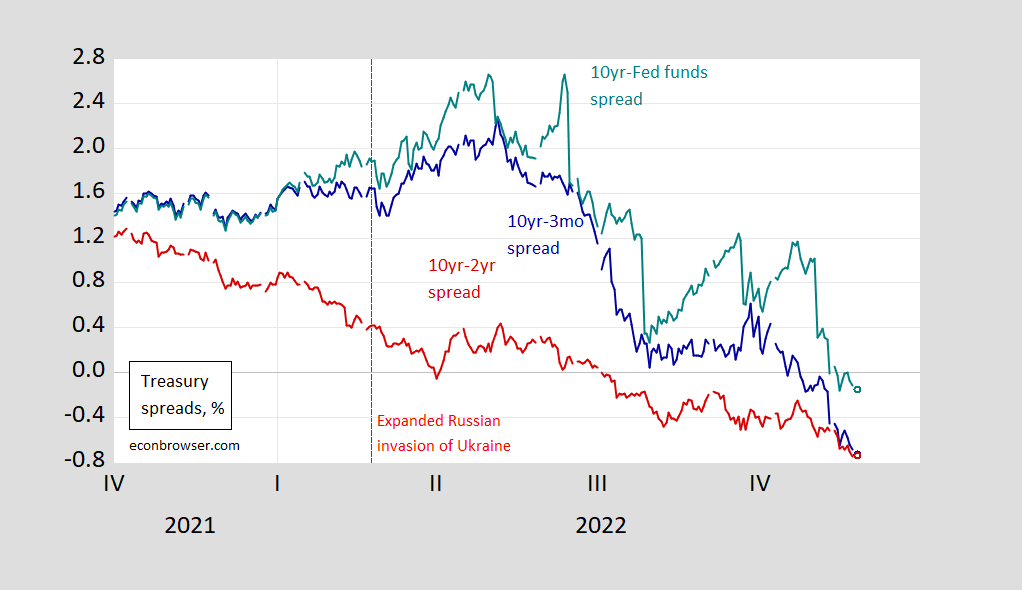 Note that the AUROCs were calculated for simple term spreads, and not models incorporating other variables like foreign term speads, financial conditions indices or stock prices (as discussed in this post).