Reader Anonymous (Oct 25, 7:34AM) cites approvingly a ZeroHedge “analysis” that asserts the BLS tweaked the data to make it look like there was a big shift in employment from part time to full time. Here’s the ZeroHedge graph: 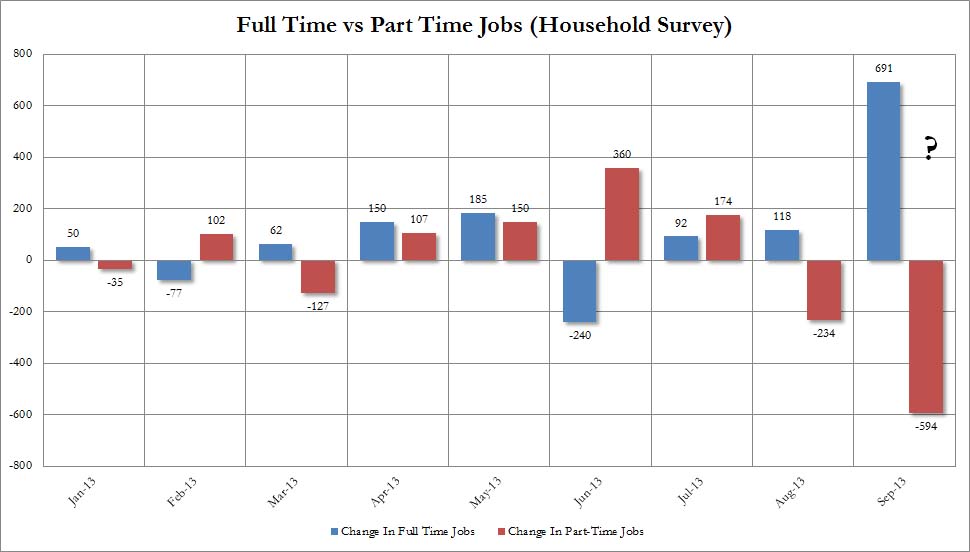 
Is this the smoking gun for a conspiracy so vast that it has penetrated the upper echelons of the BLS, straight from the Oval Office?

In order to answer this question, one has only to go to the BLS data, easily accessible on the FRED website. To convince people how easy it is to get the data, here are the two URLs: Part Time and Full Time employment.

If one plots the series over a longer time span (Figure 1), say 2001M01-2013M09, one sees that in fact the shift is quite unremarkable (the ZeroHedge sample is indicated by the tan portion). 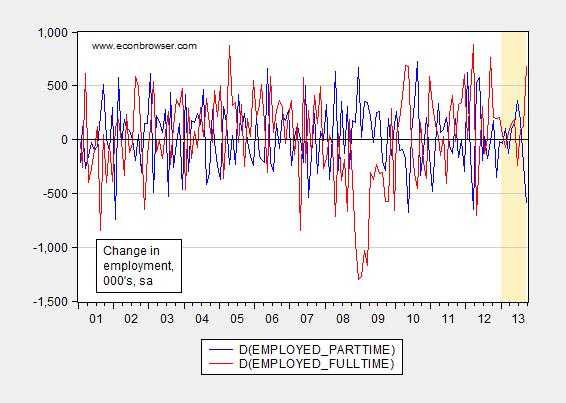 
Since the civilian employment and the labor force have tended up over time, it makes sense to look at percent changes; here I measure the growth rates as the first difference of log levels. 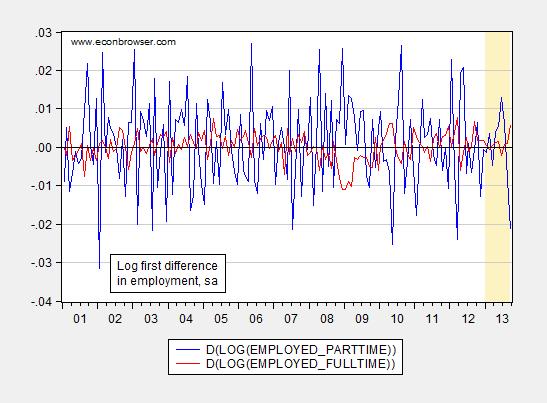 So, no, no vast conspiracy to distort the data to make the Administration look good.

My question: Why do these right-wing paranoid fantasies persist in an era where everybody has access to a calculator, excel, and the internet? For another excursion into the paranoid delusional world of data-conspiracies, see here. (Actually, another question: why does anybody valuing their brain cells read ZeroHedge?)

For another paranoic episode, see here.