Following up on the dollar’s status as an international currency (and how threats of default are not helpful), here is what we know about the dollar’s role as a reserve currency. 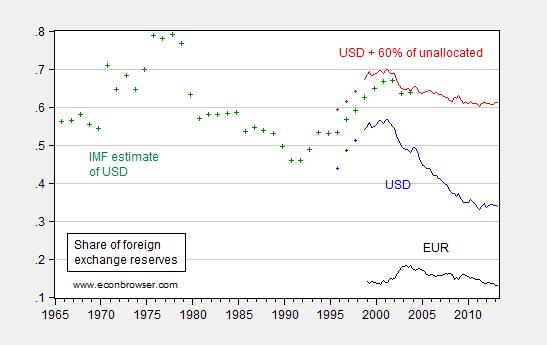 In other words, we really don’t know how much of reserves are held in USD, although we can guess (60% seems a popular guess for the share of unallocated reserves in USD). It appears that USD shares are stabilizing after eight years of decline 2001-2009.

Figure 2 depicts the levels of reserves. Note the increasing portion in green, which is the unallocated share. 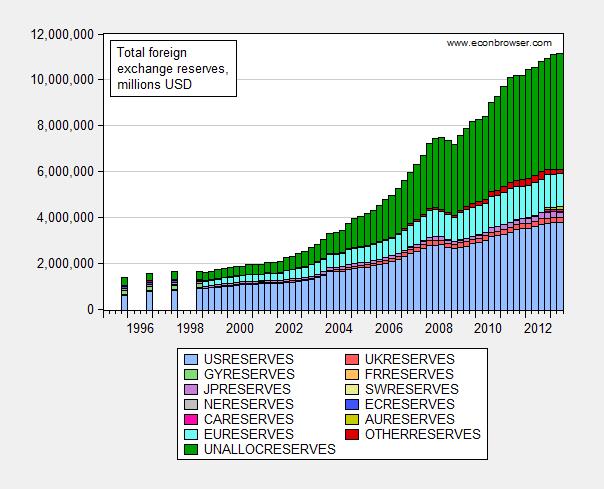 It’s interesting to note the deceleration in overall reserve accumulation. More on that in a (near) future post.

For more on international currencies, see Frankel, as well as [1] [2].

5 thoughts on “What Currencies Are Foreign Exchange Reserves Held In?”