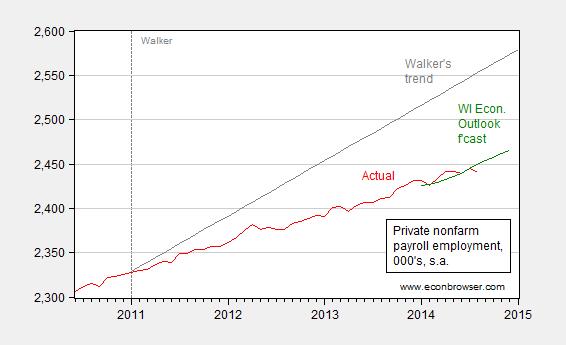 DWD also released Quarterly Census of Employment and Wages data through March; these figures for private employment were no different from figures released earlier, and discussed in this post. At that time, I characterized the outcome thus: “No succor from the QCEW series that the Walker Administration previously touted”.

According to BLS data, based on annual changes, Wisconsin ranked 33rd in terms of private job creation. [2]