From the Monday debate:

Reader rtd states unequivocally that folks like R. Glenn Hubbard, Ric Mishkin, and Steven Cecchetti “… are rational enough and well-aware not to pay much attention to the opinion of central banking in the US coming from a politician such as Trump while being interviewed.” That is, they don’t worry about verbal assaults on Fed independence. Evidence to the contrary comes from a NYT article:

“I disagree with the current stance of and approach to the conduct of monetary policy by the Fed,” Mr. Hubbard said on Tuesday. “Having said that,” he added, “I do not believe for a moment that Janet Yellen is acting for a political purpose as opposed to doing what she believes is right.”

One of the commonalities in my experience working on the Council of Economic Advisers staff from 2000-2001, irrespective of the party in charge, is that the Chair, the members, the staff, were scrupulous in not making comments on the appropriateness of Fed policy (R. Glenn Hubbard, quoted above, was my boss during the last half year I was on staff). Hence, I can only imagine the alarm that most observers experience hearing Mr. Trump’s views, contra what reader rtd asserts. 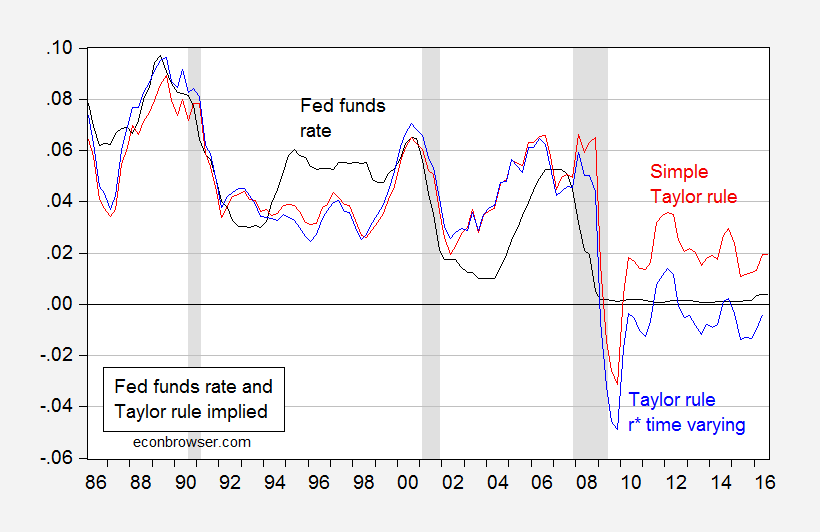 The “simple” Taylor rule formulation I use is:

Where ff is the Fed funds rate, π is the year-on-year PCE inflation, y is log GDP, y* is log potential GDP from CBO (August), and r* is constant at 2.5%. This is the same formulation that the St. Louis Fed reported in its Monetary Trends publication (for 2% target inflation).

What is apparent is if one were to believe the real natural rate of interest is 2.5% (so ignoring the entire secular stagnation literature, and other bits of information suggesting the real equilibrium rate is lower), then indeed Fed policy is too loose by the Taylor rule. On the other hand, if one believes the real natural rate has fallen over time to about 0.2 percent (but has risen above the -0.35 percent rate in 2013Q2), then monetary policy as measured by the Fed funds rate is too tight.

Update, 10/1, 2:45PM Pacific: I forgot references. Here is the citation for his interpretation. 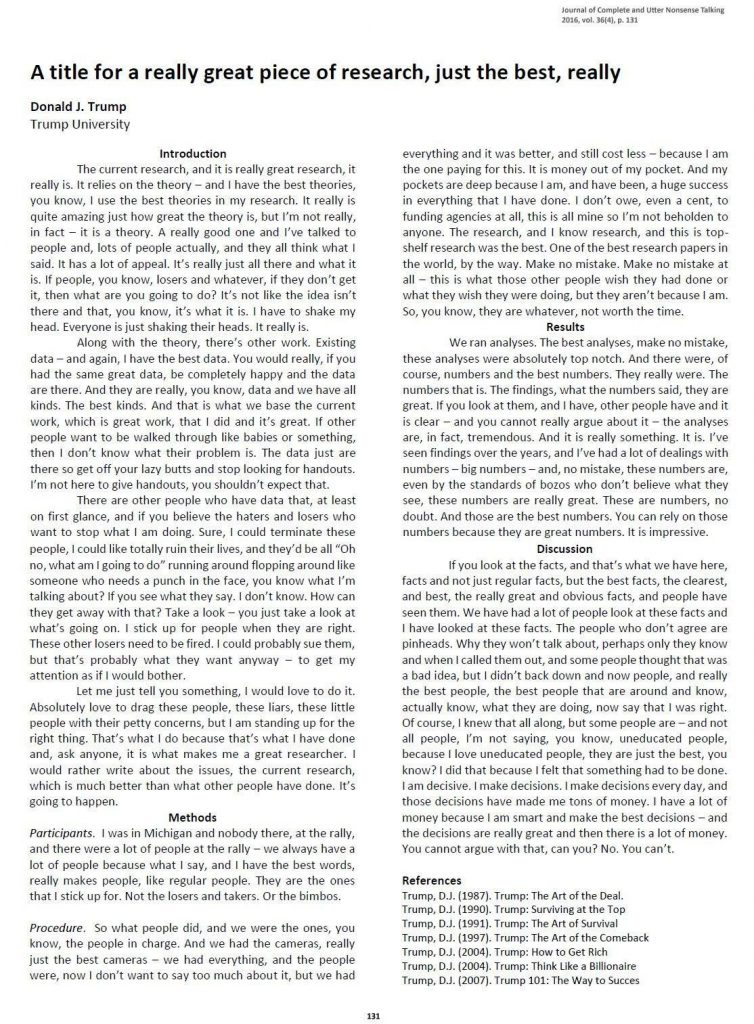