With the election, and anticipation of a large fiscal impulse (tax cut, infrastructure spending), the dollar rose and the term spread increased. As expectations of the latter disippated, both the dollar and spread shrank. But recently, the comovement has broken down. 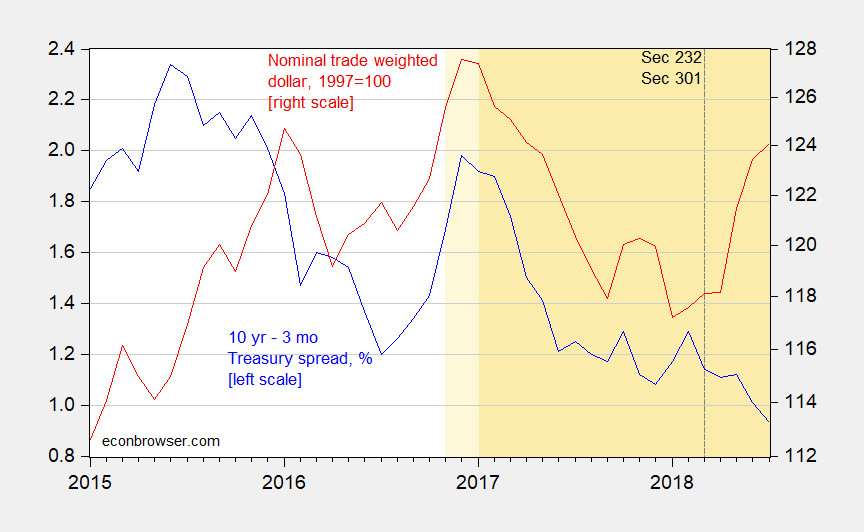 Notice that the beginning of the declaration of trade sanctions coincides with appreciation of the US dollar; to the extent that the RMB has depreciated, it’s part of the story (see EconoFact). And perhaps larger than the share implied by accounting, as other East Asian currencies quasi-peg to the RMB.

The other major portion is due to the weakening of emerging market currencies as the Fed looks set to raise rates. The shrinking term spread is signalling a slowdown, partly due to tariffs, partly due to dollar appreciation, and partly due to the crash from the sugar high induced by massive tax cuts.

164 thoughts on “The Term Spread and Dollar Diverge”