Back nearly a year ago, Political Calculations asked if California was in recession.

The release of the 2018Q2 state GDP figures provides an opportunity to revisit this question — it’s likely no recession occurred. 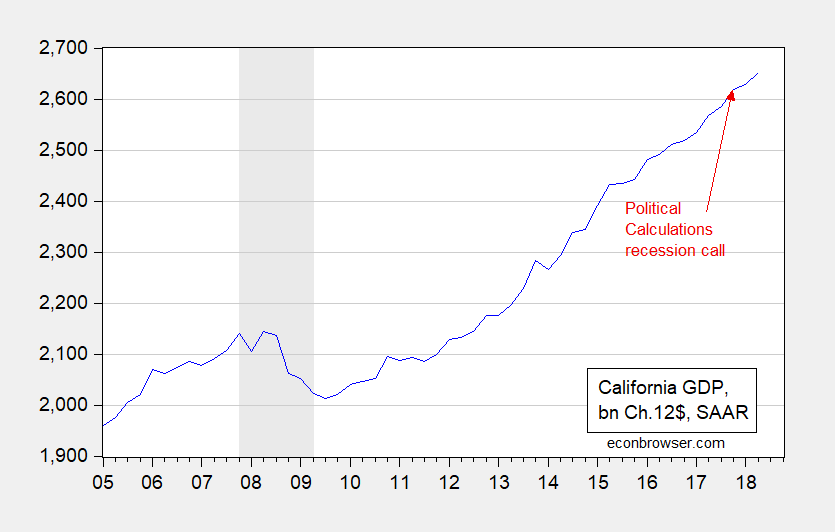 9 thoughts on “Is California in Recession? (Part X)”