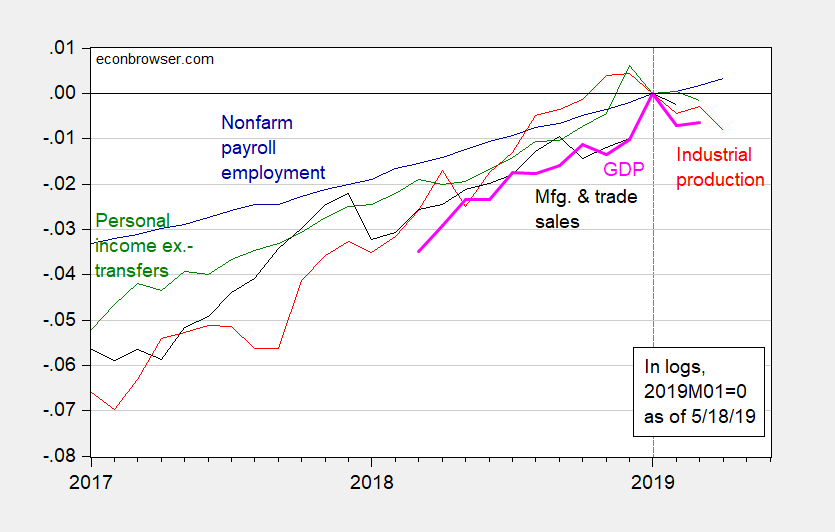 Most everybody agrees on a short term deceleration in growth in Q2. And the term spread (10yr-3mo) has inverted again. 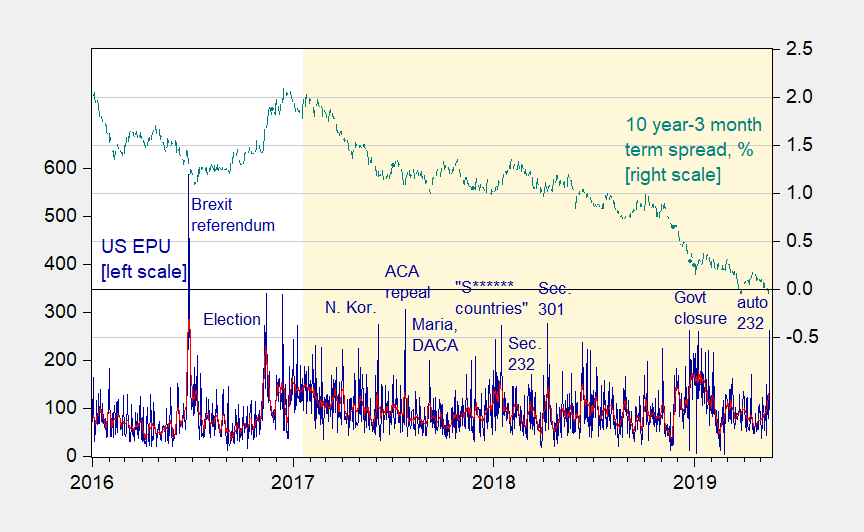 What is interesting is that the term spread has not been inverted with economic policy uncertainty at such elevated levels, over the period 1985 onward during which we have such an EPU index.

Note the overall index is much more subdued than the trade policy categorical index. As noted earlier, other capital goods imports and equipment investment are declining.

Employment, as measured by the household survey, is declining, even if rising by the establishment survey. 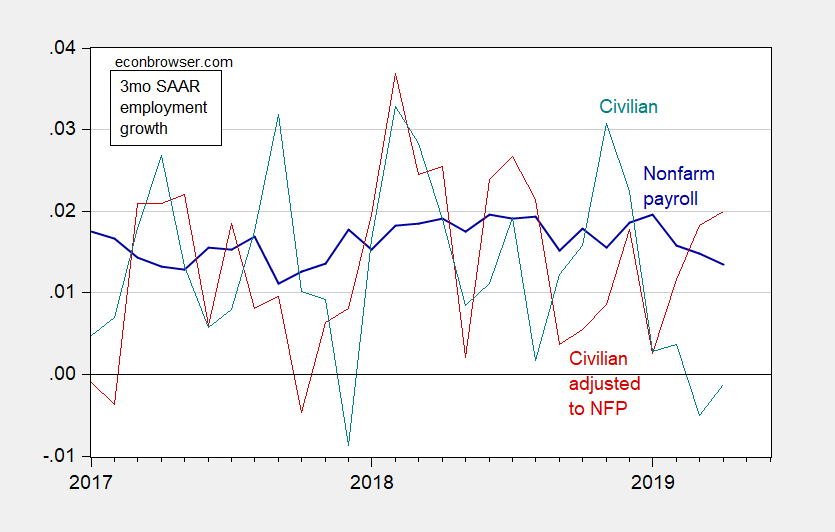