Robust GDP growth, employment rising on pace, perceived recession risk declining… as in this headline. The latest issue of the Economist has an article entitled Fears of recession have faded. But I’m reminded that Campbell Harvey, who wrote early papers on the subject of yield curve predictors, relies on the 5yr-3mo spread (for growth, not recession). And that implied specification signals 44% probability of recession in 2020M04.

A snapshot of the yield curve Friday, a week earlier, a month earlier, and a year earlier: 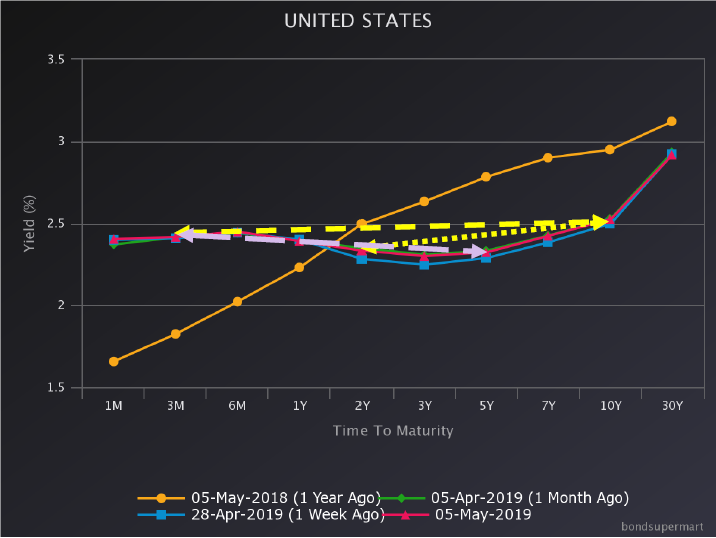 The 5yr-3mo spread, unlike other commonly used spreads, is inverted. The time series is quite informative. 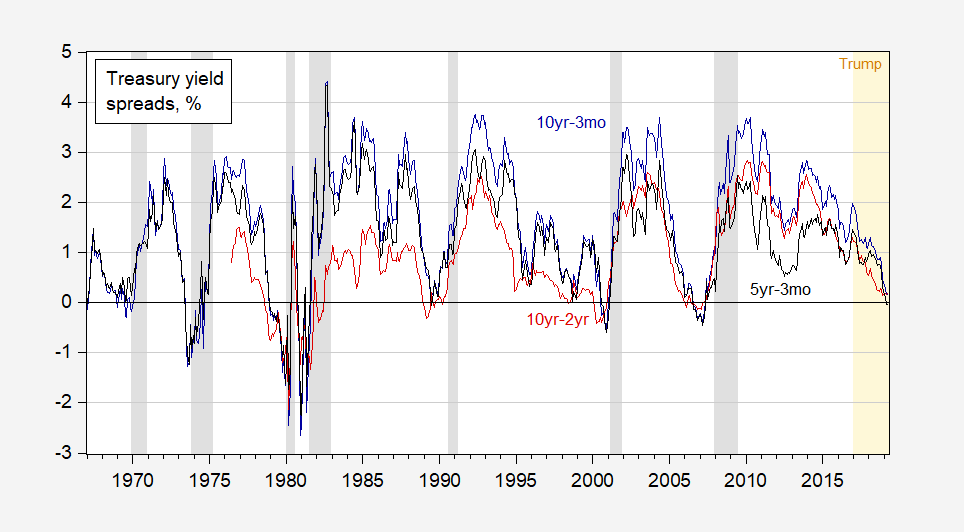 The 5 year – 3 month spread is negative, just as it has been before each of the previous recessions. A detail is shown in Figure 2. 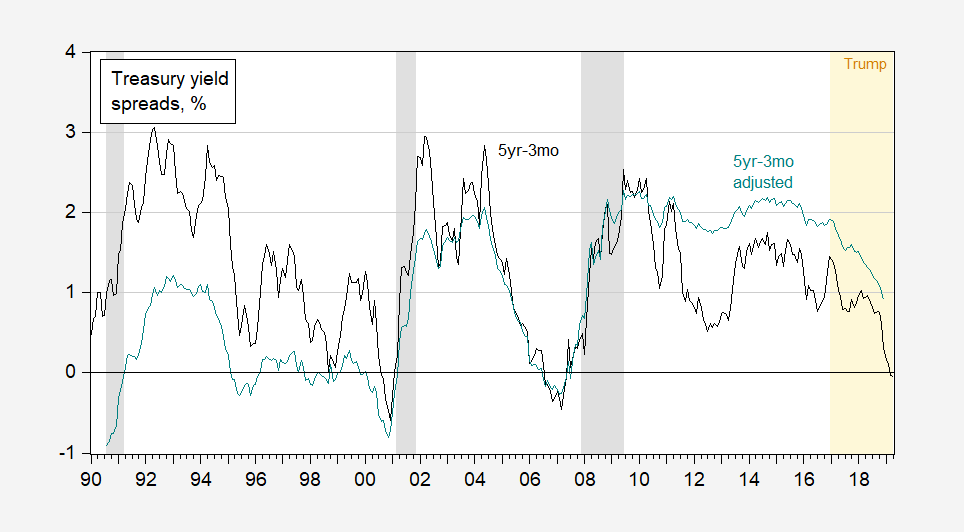 The implied regression probabilities for indicated months are shown in Figure 3 (i.e., the 2020M04 value is that predicted using 2019M04 spread): 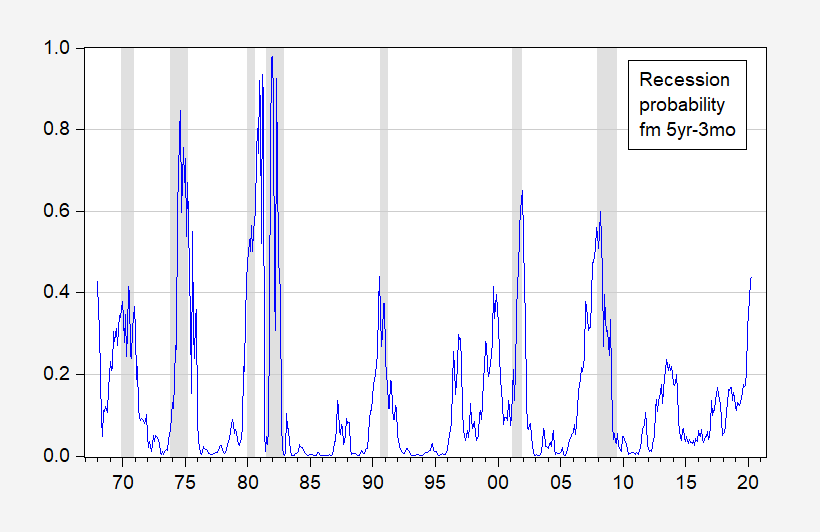 Some observers have argued that the distortions in long term bond market, due to large scale asset purchases, have rendered misleading the yield curve (see the discussion here). In order to address this, I adjust the spread by the term premium estimated for 5 year zero coupon bonds using the Kim-Wright method. This is shown as the teal line in Figure 2; in contrast to the 2006 period, the adjusted spread as of 2018M12 is higher than the unadjusted.

If indeed the pure expectations hypothesis of the term structure component is the predictive part, then the estimated probability of recession would be lower (quick estimate, 6% using data 1990-2019).

32 thoughts on “If Campbell Harvey’s Specification Is Right, We’re (Still) in Trouble”